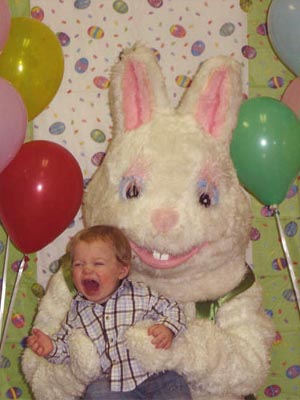 Democracy is based on the concept of equality, or giving everyone a voice. The only way it accomplishes this goal is by narrowing the population of those to whom it gives a voice to those who already agree with democracy.

Parents practice this old sleight-of-hand as well. “You’ll find the answer when you’re ready,” they say. What they mean is that when you accept the direction they want you to take, the answer they have suggested will be waiting for you. It’s a crude but effective manipulation.

Another example is co-workers deciding where to go for lunch. “Look, we gotta pick a restaurant, but I want those of you who don’t like Chinese or Mexican food to be quiet, or we’ll never make a decision.” You trim your audience to those who will make the type of decision you want them to make.

With that in mind, let’s look at those that democracy does not give a voice:

Our schools and government pamphlets excel in teaching us partial truths, or subsets of the truth that make everything simple enough to be tested with multiple-choice questions. The simple “truth” we tell is that democracy makes us all equal, and gives us all a voice. The more obvious reality is that democracy benefits the individual, especially those at the lowest common denominator point of values, and actually denies voices to many of the most important parts of our lives.

Yet the problem with democracy is that it sees the world only in terms of individual humans, and in its mania to have none rise above the rest, is reluctant to delegate power to those who speak for anything broader than the area within the four walls of their homes. For nature, or culture, to have a voice, we must have a leader, and that upsets our democratic fashion sensibilities.

We ran to democracy out of fear of other systems, notably monarchism and fascism. But as the years pass, we see that democracy has even more dire problems deep within it — it’s just that they take years to pass, and when they do emerge, are full-blown catastrophes instead of the minor setback of having a single bad leader. Our future political systems will in turn attempt to correct the flaws of democracy.

An Ecology of Star Systems | Class war in reverse