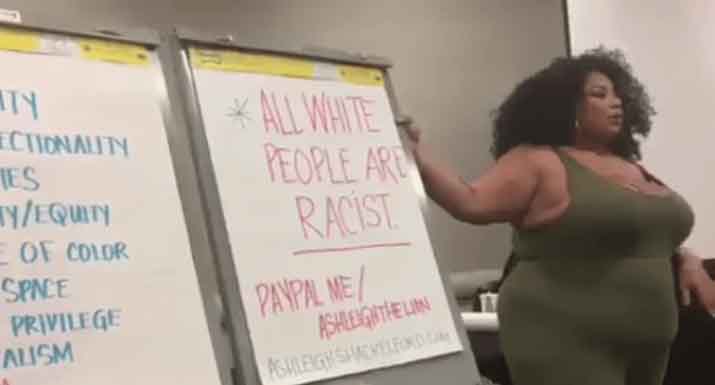 You’ve probably had that job. Not just any job, but the one that sucks like a seven year old boy eviscerating a milkshake over at Steak-n-Shake. The one at which you commiserate with fellow inmates at the concentration camp. Those conversations go a bit like this.

“Not much, Hoss. Just livin’ the dream.”

Venezuelans are like The Hankster. They’re just livin’ the dream, The Bernie Sanders Dream, that is. And man are they getting to smell the glove as a result. It gets even better. The Bossman just handed out a bonus!

Venezuela’s president says he’s boosting the minimum wage by 155 percent to keep up with runaway inflation that’s making it difficult for people to afford daily goods. President Nicolas Maduro issued an order Monday that brings the monthly wage to 1 million bolivars, or $1.61 on the commonly used black market. It’s the third increase this year. Despite having the world’s largest proven oil reserves, Venezuela is in its fifth year of an economic crisis worse than the Great Depression. The International Monetary Fund has said it estimates that Venezuela’s inflation could soar 13,000 percent by year’s end.

Now back when I was, young, stupid(er) and new to the work force, I recall earning $5.25 an hour to haul rocks around in a wheelbarrow and hammer fence posts into the clay. Committing some minor mathematics here, I discover that thirty years ago I had 3.26x the nominal purchasing power of a minimum wage Venezuelan worker. In today’s terms, with the minimum wage at around $8.00 (at least in my neck of the woods) that may still be accurate.

And, of course, the boss has ulterior motives and is a self-promoting little parasite.

President Nicolas Maduroâ€™s announcement of the 155 percent rise – or 13 percent fall, in dollar terms – came three weeks before a presidential election. It accompanies a monthly food ticket now worth just over 1.5 million bolivars.

Now perhaps, just maybe, these people need to wake the heck up. They are sitting upon a veritable lake of oil. When people are attempting to coerce $300 per barrel price in the oil market. Venezuela could make a fortune of Croesus by presenting their nation as scientific Socialism’s solution to geopolitical artificial peak oil. If socialism valued self-preservation ahead of nihilistic ideological purity, they could be living like sheiks instead of favela-dwellers.

And about that boycott by Venezuela’s economic enemies…At $300 a barrel? Donald Trump would rain money on that particular third world country the way Vince Young used to make it rain across town at the “gentlemen’s clubs.” Venezuela has no excuse. They could be eating Iran, Russia and Saudi Arabia for lunch, but instead they are lucky to get crumbs from the international club sandwich. They should not be listening to insincere fools like Bernie Sanders. Or Hugo Chavez, for that matter.

And if Venezuela has no excuse, what in the hell are people in Amerika smoking? Sanders was elected to the US Senate from Vermont. Surely vast clouds of pot smoke did not accompany that election. Venezuela truly is the Sanders version of the American Dream. It is a measure of how much he, and every other truly committed Leftist hates us all for not sharing in their deluded ideological fantasies.