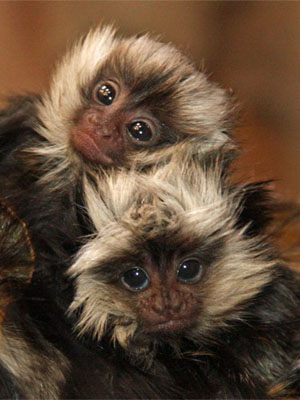 The MRM is pitched to us as a battle between men and women, but really it’s a battlefield of values based on a single value.

On one side are the people who think values are arbitrary and women should be able to do whatever they want, and men should pick up the tab. On the other side is common sense.

It is common sense that traditional values originated in wisdom about the nature of reality itself. Feminists want to argue that values are “social constructs,” and that they’re arbitrary, but this denies the fundamentally practical nature of values from the past.

Right now, of course, values are fashions. Liberalism is a fashion, and it is the parent to feminism, so it’s no surprise that feminism is also a fashion. Modern people project their own behavior on the past, in order to make their own behavior seem less aberrant.

As the late (to the blogosphere) Ferdinand Bardamu wrote:

The more dicks a woman has been banged by, the less likely sheâ€™ll be satisfied by any particular one. As the number of he-rockets ravaging her she-pocket increases, her ability to bond with a man is accordingly decreased.

This clashes with the modern idea that women should not be idealized, but seen as beings with needs who can’t stop themselves. In that view, it’s acceptable that they behave like nitwits, because all we want out of them is that they be acceptable.

The fewer sexual partners a woman has before marriage the higher her marital satisfaction and the sexual satisfaction she has within marriage. You very much want your wife to sexually imprint on sex with you and completely bond to you. The sex is just going to be that much better over the long term. Not to mention no other ex-lovers lurking on Facebook, sexual diseases, bad experiences and regrets to worry about. The harsh truth to the modern hook up girl is that yes indeed every time you sleep with another man, you damage your long term wife potential. Plus the best predicator of future behavior is past behavior and highly promiscuous women before marriage are probably far more likely to cheat on you during marriage.

But how can this be? Our enlightened modern society teaches us that these are all lifestyle choices, and that we shouldn’t find a woman delectable because she’s virginal.

In fact, you’ll hear this from a lot of people: virgins are bad in the sack. Virgins are nervous and a mess. Stay away from virgins, you want someone just short of hooker.

The sexperts at the newspapers and high-ranked blogs will also rave on and on about “sexual experience” and pity those who are virgins, or condemned to date them.

There’s a simple explanation for this: they’re justifying their own choices. They settled for the girl with more than few dents, and now they want you to do the same.

In their distracted little brains, that validates their own choice, even though you have no intention to make any comment on their choice pro or con.

Many of them are even trying to use the moment to brag. “Yo, bro, you don’t want to be with a virgin. Trust me, I’ve had a million girls, and virgins are the absolute worst.”

If you were going to divide humanity by how stable they are, you’d probably have feminists, internet braggers, government experts and newspaper sex columnists on the side marked UNSTABLE. Everyone else goes in the ark.

Modern men are just beginning their backlash against feminism. They haven’t yet figured out that feminism naturally and inevitably arises from liberalism (heck, even the French did it back in their 1789 revolution). They haven’t yet understood what a Men’s Rights Movement would look like.

But slowly, values are changing. We went off on a bender with liberal values, and it created hell. Now we’re trying to retrace our steps, and find a path to not just “acceptable,” but actually good.

The Hidden Fault | Growing past liberalism