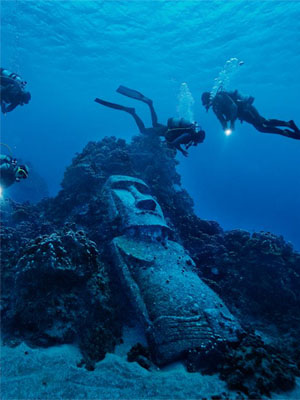 Buzzwords let us speak without communicating. They refer indirectly to a presumed shared mission, and also reference what’s current, so they allow instant entry into the theater of relevance as seen by most of our fellow citizens. The buzzword “sustainable” has snowballed from a simple idea into a mental gridlock.

Originally used to describe self-renewing resource cultivation, “sustainable” came to mean — as do all things in a world gone mad for commerce and equality — a lifestyle. It began like many things before to reek of the type of existence that people wanted to see themselves as living, namely the opposite of what they do.

Sustainability conjured up images of the fiercely independent explorers living alone on the veldt, powered by solar panels and growing their own food. It also meant pleasant visions of ourselves as a society: noble, enlightened, having transcended all that dirty technology and primitive thinking, living in New Age harmony with nature and Utopia.

Buzzwords will make you cynical because they are not actual communication, but communication by reference. When we state our goals as a string of trendy adjectives, it becomes clear that there is no plan, and the buzzwords are serving to allow us to justify doing exactly what we were doing, with a few patches applied.

However, buzzwords conceal a hidden meaning. They are popular because people like the vision they conjure up, even if it is used to manipulate them later. People want something that can keep going without constantly consuming and destroying good things, as they intuitively perceive that our society does.

When we look at modern society historically however it becomes clear that it is not “sustainable” on any of a number of levels. The obvious ones are that it depends on constant growth, and thus constant population expansion and constant development of natural resources. It is a Tragedy of the Commons writ large, albeit a slow one.

Another level where it is unsustainable can be found in the architecture of the society itself.

It takes centuries to see the effects of any political change. We don’t have centuries since we are mortal. Even more, every generation wants to make a name for itself and to produce some kind of big change that has an emotional impact. We all want to slay the dragon and take home the princess.

The result is that we’ve been piling untested political ideas on top of each other for the last three centuries. We start with a supposition, come up with a political plan, and then after implementing it, wait about five years before assuming that it worked. Sometimes we might even wait twenty years, but that’s rare.

The result is like a rambling house. Started from a small design, it grows by additions. On a whim, people add on to what is there, without testing the underlying architecture. Soon more rooms are piled on top of the same supports. The wood groans. It awaits only a small disaster to fall.

In 1789 France, we started with the idea of political equality as a goal. The goal of society was to serve the citizens as individuals, not to govern itself as a whole, like an organic entity would. Despite numerous wars and social chaos, that didn’t kill us, we kept building onto that edifice.

Our notion is that this is like an arcology, or a city built in exclusively vertical ways so that it will use less land and be more efficient. In reality, it’s a teetering structure with no actual design, with people slapping on patches or additions where possible to “make a name for myself.”

By switching to rule by every individual, instead of letting exceptional individuals rule, we have made a Tragedy of the Commons out of our own society. People take prestige, and leave behind untested political plans piled on one another. It’s only now, centuries later, that we see the full effects.

Why does it take so long to see these effects? First, because people are slow to change. Second, because most of their effects are indirect through changes to how people live, reproduce, raise kids, have values and what they expect. Finally, because the psychological effects of government are bigger than we think.

Every act of a government is either an endorsement or a condemnation. When we make a law saying that anyone driving with a blood alcohol level of more than .10 is guilty of a crime, we have officially condoned driving around after two beers. In the same way, government legislation of sexual morality, civil rights, child care, etc. has consequences.

Our rambling house of political assumptions was never very stable, but it took centuries to see it. Now, after the carnage and disasters of the nineteenth and twentieth centuries, people are ready to consider that we may have taken a wrong turn, and it’s time to rip this house back to the studs and build it from a blueprint, this time.