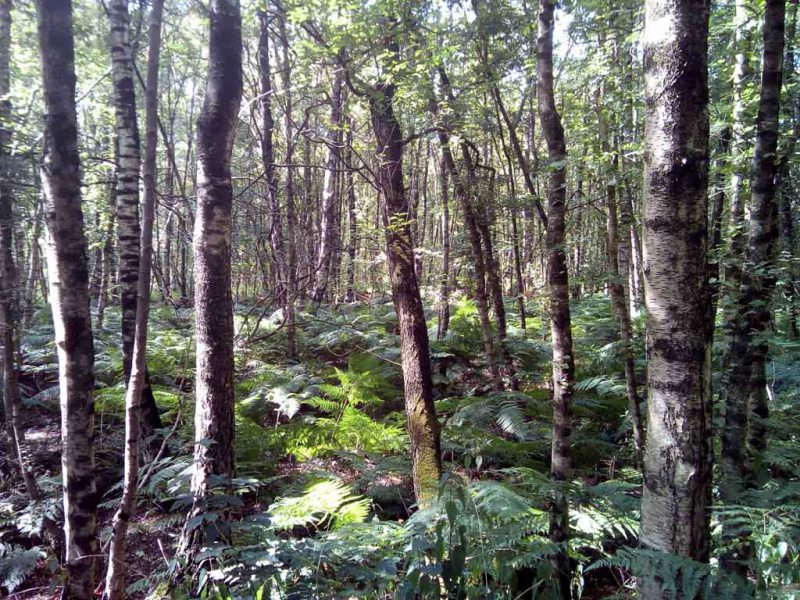 Most people do not realize that they are part of a modern cult. Our society in the West is ruled by the Regime, which like National Socialism, Fascism, and Chinese Communism uses a hybrid of market economics and socialist class struggle to create a society where everyone is “equal” and therefore, everyone must serve in order to “be something” other than poor.

The root of this cult is found in equality, or the “me first” mentality which says that we must all be equal so that each “me” can do whatever he wants without society judging him or demoting him.

This means less that he is punished for failure at a task delegated to him, and more that he can engage in degenerate, unproductive, or indirectly destructive behavior and have no one criticize it publicly. Drink, sex, drugs, and excessive consumption are the main targets.

Such societies also have little use for other defective behaviors like hoarding, schizophrenia, neurosis, and greed. People with these attributes are seen as dysfunctional and therefore a threat to civilization, so they are downgraded to field labor or sent away.

When a society becomes prosperous, it loses old threats (wolves, basic diseases, genocide) and gains new ones (bloat, mission creep, insanity). At the same time, it accumulates people who could not survive in the wild: deleterious mutations, moral defects, and incompetence.

Our ancestors stayed nomadic because each time the tribe moved, they invited those who were useful to come along and everyone else stayed. This built up lots of small primitive civilizations over time where the inept lived under subsistence conditions.

With fixed civilization, even if not agricultural or particularly technological, economies of scale work for us, but also work against us, in that they produce behaviors which save everyone instead of simply those who understand them.

Like unions, socialism, collective reward, gangs, or religion that values every soul, these behaviors reward the bad along with the good. However, mediocre and bad people engage in more pleasure-seeking, including sex, resulting in more offspring.

Such movements always involve the idea of “equality,” which basically means that a mediocre person must be accepted as having opinions which are just as “valid” as those of a productive one, which means that the mediocre by their greater numbers always win.

Any time you see a society where idiots rule, incompetence is the norm, and people are dedicated to being “individual” by modifying their surface appearances and behaviors instead of being more effective and good, the herd has won. Think: tattoos, fetishes, novelties.

Equality pleases everyone, especially the weaker, because it sounds like peace and compromise. Everyone gets what they want, so there is no need to fight or struggle. The individualist thinks this is good because he cares about his desires, not maintaining civilization!

We call this individualist perspective bourgeois because it was most prominent in shopkeepers, merchants, and innkeepers. To them, warm bodies who wanted to buy stuff were most important, so any unnecessary standards were lost profits.

This placed commerce in conflict with civilization, since civilization succeeds by raising standards to a reasonable level and then ranking people accordingly. This allows the best — insightful geniuses, wise elders, strategic masters — to rise to positions of power.

If you do not have this upward motion of people, what ends up occurring is regression to the mean, or a tendency to move toward the lowest common denominator. This tendency, inherent in nature, is how natural systems maintain equilibrium.

You might ask, “But if it is natural, why do we fight it?” The answer is that nature is always pushing back against us, whether through gravity, disease, war, adversity, storms, time, or entropy. It is our job to renew what we have endlessly in order to keep it strong.

The average shopkeeper, merchant, or innkeeper wants none of this. To him, civilization is something to be taken for granted, not maintained, and every aspect of life takes on the transactional nature of commerce.

He will gladly pay taxes, support strong government, and even endorse outright Communism (eventually) because these enable him to continue the flood of warm bodies. Tyranny gives him a de facto monopoly, and he likes that best of all, as it has lower risk.

Businesses at the end of the day are motivated by something like greed when they are young, and by fear once they are established. Once you have something, you can lose it. This makes the bourgeois averse to risk, controversy, and most of all, ideals.

To them, civilization is an ideal. What they need is minimal. They do not value culture, art, heritage, institutions, or standards. They want a steady flow of people with extra money and low standards.

Their ideal follows the third world model: a society of many poor people who spend money recklessly because they are dumb, and a few wealthy shopkeepers and businessmen at the top who sell them these products. Imagine a vast favela where everyone has an iPhone.

This, too, is equality. Everyone is equal, but some rise above, and they fund the rest of these people so that those people buy more stuff. In exchange for paying high taxes, the businessman makes his business and real estate (including home) more valuable.

Equality-based societies run through a cycle:

When everyone is treated the same, some turn out to be winners and others losers, and not surprisingly, it corresponds to the positions that they had before egalitarianism appeared. The rich — who tend to be more intelligent, thinner, healthier, and have longer faces — are still rich and the poor (rounder faces, rounder bodies, simpler minds) are still poor because their wealth is determined by their intelligence.

The “equality of opportunity not equality of outcome” people belong to the first tier. They have decided that they want equality, and that this means that they treat everyone the same, which will hold until results are unequal and they have to decide either that equality is nonsense or that some mystical, unknowable, and omniscient force sabotaged their Babel-Equality-Utopia with bigotry, discrimination, bias, hatred, xenophobia, intolerance, or any of the other buzzwords they have for “equality failed again and we need someone to blame.”

When you live in an egalitarian society, you have joined a cult where the frame of reference through which you see everything is equality. The only thing that is assumed to be a universal good, is equality; the only permissible explanation for your actions is that you were expanding equality.

Equality creeps into your thinking. When you think about decisions, you think in terms of finding group consensus; when you imagine your potential customer, you assume an average of all people that predicts how every person will react.

In reality, no one appreciates the real cost of equality: in adjusting a society so that the less capable can perform, we penalize the more capable with things that to them are onerous, tedious, and ugly.

Imagine coming to school for your first day of college and being told that you will spend the next six weeks going through what you learned in elementary school. That is what equality does to its more capable citizens.

Equality short-circuits our brains because it is a symbol. We use the notion of things being equivalent frequently, by saying for example that “Dave is a football player” or “today is Tuesday.” Equality takes this further.

Today is one of many Tuesdays; Dave is many things, including a football player, and there are more football players than Dave. Equality creates a set to which all people belong so that equivalency is absolute in a one-to-one sense.

In other words, when we talk about equality, we discard concern for the other traits that Dave has and we assume that every day is a Tuesday. All that matters is equality; all other details are removed. This makes it a symbol because it stands for a more complex reality and, in our minds, replaces it.

Without equality, we see people as unique; with equality, we see them as identical robots with different stickers wrapped around them to convey surface traits — favorite music, fashion, job, personality quirks — instead of forcing us to know them on an inner level.

Ironic though it seems, the individualism of the narcissistic individual, when applied to a group, removes all meaningful individuality and replaces it with signals of being different, unique, profound, deep, ironic, and iconoclastic.

As a symbol, equality controls humans through social pressures. When you mention equality, everyone goes into a state of bliss-oblivion, simply because you have promised peace and compromise. The brain just turns off when you mention it.

It is like a backdoor into the human consciousness. Mention the magic symbol of equality and the brain disconnects from reality because equality is so powerful as a social symbol, and humans have always feared socializing for good reason.

While the light side of our personalities likes equality for its implicit pacifism, the dark side finds appeal in its other dimension, namely that it creates a culture of “me first and you cannot tell me no” which allows the individual to gently break the rules.

In other words, to each human, equality sounds like the best of anarchy and civilization. You can do whatever you want and no one can criticize you for it, and while you have to publicly support equality, in private you can act selfishly.

Equality also gives us a powerful weapon. If you can find anyone else in a situation that can be construed to make it seem that they have violated the equality principle, they get destroyed and you take their place.

This trait appears because equality is conjectural. We cannot look to nature and point out instances of equality; in fact, the vast majority what we see affirms the opposite principle. This means that equality is an untested theory.

That untested nature makes it unstable. If you can point to someone who is thriving without equality, the perception of the need for equality vanishes. For this reason, egalitarians crush anyone who fails to join the quest for equality.

Despite promising a Utopia, equality ultimately brings only a great sense of futility. Nothing can be done without infringing on the equal rights of someone, and all struggles become internal battles over who is owed what and who has the power.

In nature, every tree in the forest is different… and this scares us humans the most. If every individual is different, then none of those individuals matter. If we are all part of a great universal hive-mind, we are all saved by being merely facets of one big thing.

This universal nature of equality makes us into robotic individualists. In a herd of me-firsters, no one is paying attention to the road ahead, which means that for leaders you get manipulative shepherds instead of kings.

Future historians will record that most societies die by class warfare and that democracy and other egalitarian programs merely legitimize this. The herd, baffled by its own cleverness, refuses to see where it is destroying everything good and replacing it with the mediocre.

As the age of our modern cult draws to a close in a cloud of intransigent problems and structural weaknesses, and as our enemies gather around us, we will come to curse democracy and how it blinded us and made us useless for the long years when we needed to prepare for what is coming.