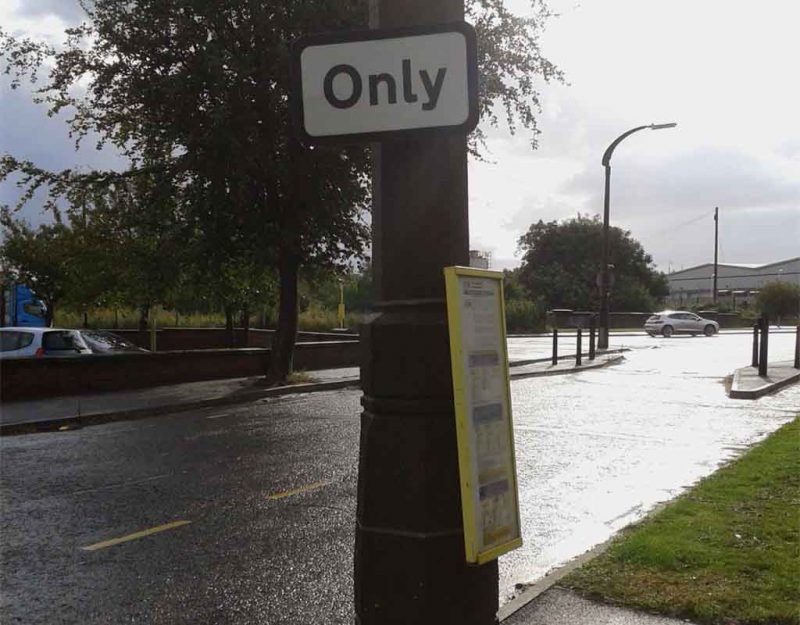 Some criticize philosophy for being too abstract. However, only by getting to the most basic building blocks of an idea can we see what it does to our minds, and the accompanying psychology.

Modernity — the era when individualism takes over from pursuing a transcendent natural order — afflicts every civilization at some point in its growth. To figure out how it does this, we have to look at its most fundamental idea: backwards logic.

This type of thinking comes to us from deductive logic, but comprises a subset of that field, namely thought which assumes that the world functions like a human being, and not that human beings function like a mechanical component of the world.

Forward logic works from cause to effect, that is that an event occurred in time which produced a result. The boy kicks the ball and it lands in the yard. Backward logic assumes that because there is a ball in the yard, the boy kicked it there.

Backward logic of this nature looks not toward the whole scene, but how the human experiences it. We come home and find a ball in the yard; usually, this is a result of the boy kicking it there. So we haul off and yell at him for kicking the ball.

In the same way, we project ourselves onto others, and assume that if our situation transitioned to theirs, there would have had to be someone kicking that ball. For example, let us look at the usual weepy neurosis, infant mortality version:

If the U.S. had kept pace with the OECD’s overall decline in infant mortality since 1960, that would have resulted in about 300,000 fewer infant deaths in America over the course of 50 years, the report found.

The reasons the U.S. has fallen behind include higher poverty rates relative to other developed countries and a relatively weak social safety net, says lead author Ashish Thakrar, medical resident at the Johns Hopkins Hospital and Health System.

“The poorer children are, the worse their health outcomes are,” says Thakrar, whose team found that poverty among U.S. children has been higher than in the 19 comparable OECD countries since the mid 1980s.

This assumes that health outcomes were done to these children, not that children are different and therefore have different health outcomes. We, sitting in our comfortable homes, think that if some god of poverty smote us, we might end up with those bad outcomes.

Hive-mind of this nature produces the idea of equality. To hold a group together, one must project shared experiences and goals onto the group, which requires treating others as if they are an extension of oneself. Individualism, solipsism, and egalitarianism rise from this moment.

Human error fits this pathology time and again. We focus on ourselves, not the goal, and in order to hold the group together, we focus on catering to the opinions of others, and exclude any notions which compete with that unity.

That means not just notions which oppose it, but any other way of doing things. If you hold a group together through pandering to the opinion of the group, you know you are doing something which has no corresponding pattern in nature, and therefore, can easily be proven wrong.

Any person or group doing things differently and succeeding proves the crowd wrong. Without a necessary reason to exist, it will fall apart much like a government that proves it cannot address a crisis or win a war.

This thinking gives rise to a psychology of censoring the competition, since only that way can the dominant idea be stable, and from this we get the circular reasoning behind all Leftism: other than non-Leftist methods, what should we do about anything? Answer: Leftist methods, of course!

That means that, when we consider the poor, we have to reject the non-Leftist method (they are poor because they have low ability) and instead consider them equals, at which point we must deduce based on precedent and assumption that someone did this to them and therefore, they deserve our support. That conveniently allows us to drop everything to “help the poor,” displacing existing power structures and replacing them with Leftism in the process.

We can now look at a more difficult example, that of inferencing divisive behavior as bad leadership:

This is part of the job that Trump is thoroughly incapable of performing. Instead of aspiring to unity, he exudes divisiveness and provokes antagonism with everything he says. That’s how he does politics, and it’s been incredibly effective for him. But it is incompatible with serving as the American head of state. Instead of binding the nation together with his words, his constant vituperation tears it apart.

Compromise and pandering kill leadership. A leader needs to find the right path and pursue it. In the name of unity, as in the name of “peace,” people give up on doing what is right in order to avoid conflict, and consequently, get compromises that are dysfunctional and make the whole of the situation worse.

Forward-thinking says that results and direction are more important than pandering to others and compromise. In fact, it recognizes that compromise, like any form of committee thinking, is bad leadership.

Backward-thinking on the other hand praises that which sees humans as cause and effect in themselves, a closed loop, and therefore values having input from everyone more than achieving results or direction. Instead of thinking toward goals, we think about keeping the group together.

When we do a postmortem on the modern time, it will be diagnosed as having arrived at backward thinking through self-pity caused by a lack of any goal except the material, visible, tangible, and social.