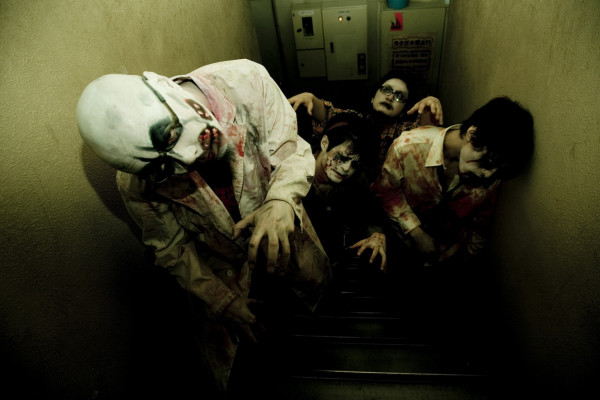 At first I saw no reason to comment on the latest killing, except perhaps to reiterate two points. First, these shootings are generally borne out of desperation and frustration so profound that its origin lies in the design of our civilization itself. Second, the reason these shootings happen is that our idiot media and politicians use them as talking points and make the shooters world famous.

If you’re going to kill yourself anyway, might as well go out in a blaze of — well, not glory, but at least the equivalent of buying 500 SuperBowl ads as the world’s most advancement and pervasive media machine shouts your name a thousand times a minute to every nation on earth. For a few short weeks, you will be the media superstar, even if you won’t be there to see it.

As time went on, this media juggernaut made sure to use this killing to advance its own political agenda. This is from the first person quoted in the CNN (which is Pravda for the West, like MSNBC) article about the victims:

“Why did Chris die? Chris died because of craven, irresponsible politicians and the NRA. They talk about gun rights, what about Chris’ right to live?” he continued.

From the liberal view, this shooting was about guns.

From the conservative view, and from reading Elliot Rodger’s manifesto, this was about something else:

Most of his victims who were injured were injured by his car, a BMW; half of those who died were killed by knife.

We’ll hear about the gun violence because the leftist idea of “equality” requires a total lack of personal responsibility. If there’s responsible, we must be responsible to something, and that makes us all less equal than it. Even worse, if we violate it, we’re acting as if we’re Not Equal and that erodes the doctrine of equality itself.

School shooters tend to be acting out of frustration with the world, and often like Jeff Weise or Pekka-Eric Auvinen, they are doing so as a massive protest against a civilization that at the level of its structural design is insane. This offers students a feeling like death as they are pushed by the system into a black hole of wasted adulthood, knowing that in the end, whatever distracts and creates illusions will win out over truth. It feels like being eaten alive.

If we want to stop school shootings, the first thing to do would be to get an agreement among media to not publish information about the shooters, including their names and manifestos.

If we want to stop gun violence, we’re out of luck because guns will be 3D printable in metal within the year, and if that fails, there are two giant borders and two giant unguarded coastlines through which guns will pour. Making marijuana illegal brought more of it into the country. Making guns illegal will do the same.

But even more, look at our society itself. It is misery. It is misery that clothes itself in the appearance of happiness to avoid appearing as if its members are not successful. We the Peasants rallied against our kings, thought we could do better, and failed. We produced more technology, but by every other metric, our lives are miserable.

And yet, to admit that misery is to state oneself as inequal, and the Crowd will scoff as it did at Elliot Rodger, seeing him as unfit because he stated dissatisfaction.

The Zombie Ritual is formed through the basics of Crowdism: we declare ourselves individualists and band together to enforce the principle of equality in order to enforce our individualism. This creates a mentality where people declare what they want to believe as true, and when they act on it, they make disasters. Since seeing these would be to admit personal inequality, people cover up this nonsense with the kind of platitudes found in greeting cards and New Age blogs. Thus adults stagger out the door fully prepared to live a 100% lie, and their kids who are not yet afraid (enough) see this and wonder why they are being shoved into this abyss.

In a more sensible world, Elliot Rodger would have been born in China to Chinese parents who stayed married and worked regular jobs. He would not have had a BMW. He would have, through arranged marriage, found a woman roughly his height. He would have worked a job like his father. But he would have had something this society could never give him.