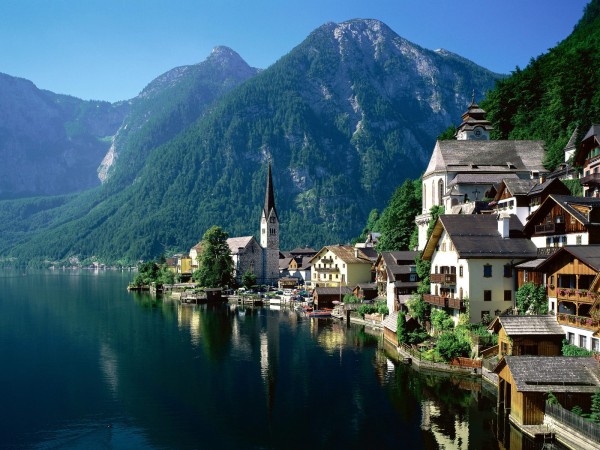 A recent trend pushes conservatives to abandon their social conservative beliefs. It comes from both inside and beyond the conservative movement and contains a hidden agenda to reduce conservatism to an economic position alone. In this vision of conservatism, the less you support taxation and public services and the more you approve of free market capitalism, the more “conservative” you are.

In this theoretical framework of conservative belief, socially conservative beliefs â€“- that some people donâ€™t belong in every place, and that some behaviors are not okay regardless of economic impact -â€“ suffer a loss of value and place. The only consideration remains whether the people in question can continue working jobs and buying products. This standard serves as a justification for acceptance of all social activity even when it outright violates conservative values:

This reduces conservatives to a caricature of the dominating parent. Don’t think about anything but money: get a good job, work all the time, have money and then do whatever you want right now. Future? History? Who cares? Why would you care if your society is an immoral wasteland, just get yourself gated house. Why would you care who breeds with whom, as long as they work in the same economy that benefits you?

Conservatives began as those trying to â€œconserveâ€ traditional societies against the onslaught of Enlightenment thought. Traditional societies arose from the folk ways, biological tendencies and accumulated culture and knowledge of groups that had remained stable and functional for thousands of years.

Conservative belief is a reaction against a dangerously proliferating desire for people to be allowed to deviate from societyâ€™s tried and true course in favor of whatever they want, no matter how impractical, selfish or openly incompatible with their society it is.

Here at Amerika.org, we describe that phenomenon as liberalism, leftism or Crowdism. We often rightly compare it to cancer.

The predictable response is to cry out, â€œThen what is societyâ€™s purpose and why is it so important that people must comply with it?â€

The fact that so many people donâ€™t know the purpose of society is the root of all problems we face.

Itâ€™s how I can easily diagnose that society isnâ€™t â€œfailingâ€ but has ALREADY failed. The Circle of Life in a functional society is as follows:

People underestimate the importance of doing things as you like to do them. This is part of culture too: it shaped what you like, and you are now shaping it. This feedback loop incorporates both pragmatism and artistic elements into knowledge of how to perform the tasks relevant to our survival. This lives on long after running from predators and telling stories around camp fires ceased to be the default state of existence.

Thatâ€™s what a culture is, the accumulated knowledge and folkways of thousands of families over very long periods. It is perhaps our most valuable tool as humans, because it can teach us how to associate with each other, how to perform the tasks relevant to our survival, and what major mistakes society should avoid.

Culture becomes a kind of social historical memory. A holiday reminds us why something was good for us, while a lingering bias against something traces back to negative feelings towards some thing, group or intra-group behavior that legitimately threatened the stability of the whole way of life. The Japanese donâ€™t hate selfishness and waste for no reason, are you arrogant enough to try to teach them that mottainai is â€œjust a social construct?â€

We must understand that the purpose of civilization is to produce progressively better culture, and this is what social conservatives want to â€œconserve.â€

So what of the â€œhot buttonâ€ issues that people give social conservatism such a harsh time over?

The reasons for social conservatism are integral to a definition of who we are. Do we want to be a rising society that makes great culture, learning, wisdom and art, or another one of the burnt-out husks of once-great civilizations that are known for their corruption, filth, chaotic rutting, criminality and disorder? It’s almost like a check box question:

The choice for both individuals and society is exceedingly simple:

If you want to live in a Tolkien fantasy world or in something similar to one of those â€œexoticâ€ cultures you praise for being so much more orderly, cooperative and intuitive than your own, choose complete sobriety, complete premarital chastity, complete fidelity in heterosexual marriage and complete dedication to both the family you create and the family you come from. This is culture because it’s both what has always led to the highest truth and beauty in life, and derived from a sense of transcendent joy. If life can be beautiful, and if you can feel unity with the cosmos and forces of creation that made you, it is natural to seek beauty, familiarity and constantly-rising goodness.

If you want to live in a carbon copy of the seediest parts of Tijuana, choose anything different from that. You will then have cast yourself into the darkness of third world status, not just in results, but in your soul. You will have given up on both practicality and beauty, and traded your chance for a life rising above the disorder for the relatively paltry and cheap thrills of promiscuity, intoxication, selfishness and — of course — finance.