by Jonathan Peter Wilkinson on November 25, 2016 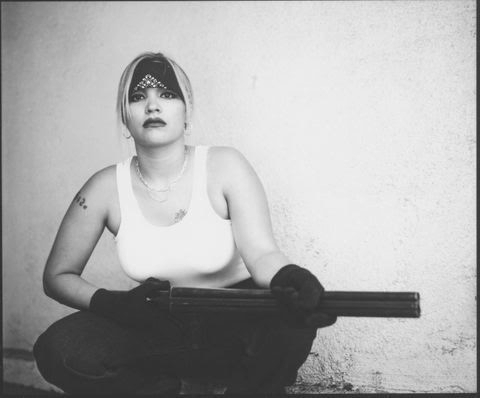 The Western Left knows exactly what is happening to their worldview. It’s being rejected by a vast swath of the population.

They saw it in the last British Parliamentary Election. They saw it in Brexit. They saw it on election night USA and they’re getting it handed to them once again in Italy. They don’t want to see it any more.

Symone Sanders is a prima facie example. As a good, professional political leftist she embraces the healing essence of diversity below.

But let’s not just pick on the professional Leftists. The amateurs are certainly trying their hand at cultural denialism as well. The hoi polloi of Brooklyn went shopping at Le Merchand de Condescension and were treated to the soothing tune “Sweet Home Alabama.” They reacted like a nosferatu shown a Saint Christopher’s Medal.

Thatâ€™s when it started. I suppose there had been music playing in the store, but I hadnâ€™t noticed until a familiar guitar lick pierced the air and a soft voice said, â€œTurn it up.â€ Libby and I both stopped and looked at each other. â€œSeriously?â€ said my wife, a very disappointed Clinton supporter. She started gripping her soft Tomme Crayeuse a little too hard. By the time Ronnie Van Zantâ€™s drawl started in with â€œBig wheels keep on turninâ€™,â€ everyone in the store was standing in shock. Brows were furrowed, people mumbled to each other.

Yes, Donald Trump faced Hillary CLinton in the US, and yea, verily; the deposed Tory PM faced a now deposed Laborite in Great Britain. But standing over all of this was a clash of cultures. Imagine, if you will, a giant Western World election pitting Neil Young vs Lynyrd Skynyrd. Perhaps fitting as Ronnie Van Zandt describes his goals in writing “Sweet Home”.

Everyone thought it was about Neil Young, but it was more about Alabama. We had toured there, going all around playing clubs and National Guard armories. Everyone was real nice. When we were out in the country driving all the time, we would listen to the radio. Neil Young had â€œSouthern Man,â€ and it was kind of cutting the South down. And so Ronnie just said, We need to show people how the real Alabama is. We loved Neil Young and all the music heâ€™s given the world. We still love him today. It wasnâ€™t cutting him down, it was cutting the song he wrote about the South down. Ronnie painted a picture everyone liked.

This strife happens around the world. That which is home is being paved over, torn up or looted with the valuable contents then being shipped abroad. The crops are harvested and the soil is no longer replenished. Complain and some arrogant snot like Neil Young demonizes you and questions your right to consider yourself human. In response those who love where they call home is to fight back. Or as one member of the band accidentally said during recording: “Turn it up.”

The lyrics to “Sweet Home” are forty-plus years out of date, most of the original Skynyrds are now at room temperature. Neil Young lives on, but probably takes his coffee with embalming fluid to make it on stage for the next show. The message of the song…the message should live for eternity. Home is what it is about. Your people, your culture, your place. Learn to love it. It makes you, well….you.

“Sweet Home Alabama” is not just about where I live. It is a song about home in general. It is a song about reality. The Leftists at Yuppie Food Co-op don’t want to hear reality. They have no choice. They hear us now. I don’t need to remind you any further as the ass-kicking battle hymn of Blood and Soil Conservatism cues up below. TURN.IT.UP.

On Nominalism — Or, As I Call It, Individualism | Why the Alt Right Won’t Succumb to Leftist Hysteria