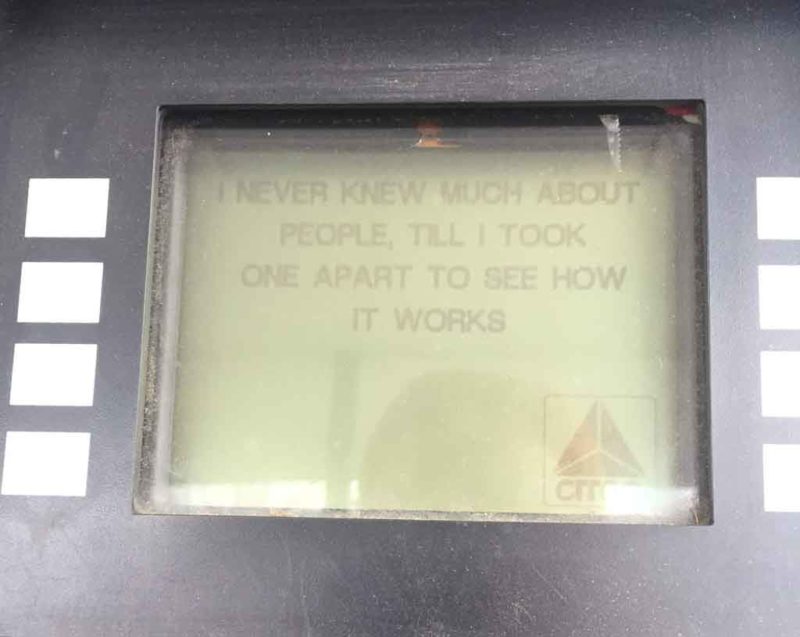 Donald Trump got elected in part because of his promises to remove legalized corruption from government, in particular among both the Left and compliant, compromise-driven conservatives (“cucks”). His method was to focus on a goal, rather than working within the system, which by consequence naturally and indirectly squeezes out those who are there for politics as a job.

In the bigger scheme of things, careerism clashes with getting anything done. A worker who desires job security will invent a task that can never be completed and which will always be in a state of crisis, because that way the worker is always needed and can never fail. Setting a goal however creates a situation where the worker will either succeed or fail.

Trump consistently defeats the Left by offering them what they want with a rider that demands something he wants; they reject it, and then he allows what they want to be sabotaged, having made a reasonable offer. He rolls right over them. The cucks required more subtlety, but by leading with his new direction — roughly, heroism and “Americanism” — he makes them look bad.

This has caused a rush for the exit. The careerists realize that in order to succeed in this new system, they will have to achieve something, and that causes them to clash with the desires of their donors or other previous commitments they have made. In addition, politics has become less appealing because there is now risk of failure, so they are returning to safer employment elsewhere.

We can see the first wave of the Republican exodus claiming those who are simply getting out before the going gets tougher:

All told, 41 Republican House members have said they will either retire or seek another office, compared to 16 Democrats, according to the House Press Gallery. Some of those lawmakers have been forced out amid sexual harassment allegations, while others are running for governor or the Senate.

…â€œWashingtonâ€™s not a very pleasant place for anybody,â€ said former Rep. Tom Davis, a Virginia Republican who retired in 2008 after 14 years in the House. â€œThe polarization and all the gamesmanshipâ€ can be grinding, Davis said, and the rewards arenâ€™t very sweet these days.

…But with earmarks banned — making it nearly impossible to bring home pet projects or use the promise of them as leverage in negotiations — and spending bills mired in the legislative mud, the committee has lost some of its luster.

More likely what has happened is recognition that we need debt independence to face new threats and therefore, the easy years of voting on gifts for the voters have ended. Now politicians will have to tackle difficult issues and can possibly lose their previously secure jobs.

During the Clinton through Obama years, America floated on the “peace dividend” brought about by the fall of the Soviet Union, the burst of cheap third world labor, the Ponzi scheme of importing the third world and dumping money on them that they would then spend on consumer goods, and the fake income from the internet economy. All of these are now falling apart.

Current alarm over the GOP dropouts relates to the loss of leaders of the party hierarchy who have seen the writing on the wall and are getting out before things get hotter:

Yet itâ€™s increasingly hard to dismiss what is now a record number of House GOP retirements â€” a figure that represents not only a restless rank and file, but an emerging exodus of powerful committee chairmen.

…And whether itâ€™s the breakdown of regular order, the paralytic legislative process, consolidation of power within the leadership ranks or simply a calculated hedge against a rising Democratic tide, congressional chairmen are leaving the Peopleâ€™s House in droves.

…But, while Gowdyâ€™s retirement wonâ€™t cost Republicans a seat, it represents the most visible indicator yet that as House control hangs in the balance, those with the most vested interest in holding serve are choosing flight over fight.

These quasi-conservatives followed the notion that being conservative was a matter of personal choice and not only was compatible with Leftism, but did not require any action to preserve social order. This lassitude culminated in the win of Barack Obama, at which point a true ideologue gained power and laid waste to most of the institutional infrastructure of the country.

Naturally, the voters rubber-stamped this because — like the Germans who voted for Merkel — they were more concerned with the middle class bourgeois sensibility of avoiding conflict and keeping the system stable so that the paychecks kept flowing, than with any notion of achieving goals or resisting the ongoing decay.

Many of these conservatives exiting are finding that they are simply not the type of conservative that is now rising worldwide on the back of a cultural wave that rejects the civilization-erasing Leftist endgame of diversity, globalism, class warfare, and wealth transfer. Once Leftism gained power, we saw what it actually intended as our final destination, and balked.

As this cultural wave both widens the Overton window and re-sets political discourse from facilitative concerns like the utilitarian notion of making everyone happy, toward active pursuits like achieving social order and reaching for excellence, many are going to find that lowercase-c conservatism (“not rocking the boat”) is no longer relevant.

Since the alternatives are too risky for them, having been elected by those who like neoconservative complacency and use of government as an industry, they are fleeing the ship. Likely the same will prove true in Europe, where the denatured uncontroversial “conservatives” like Theresa May and Angela Merkel are finding that where they were once “safe,” they now represent bad policy.

How The Soyboy Meme Came About | Democrats Want To Convert America Into East Germany 2.0