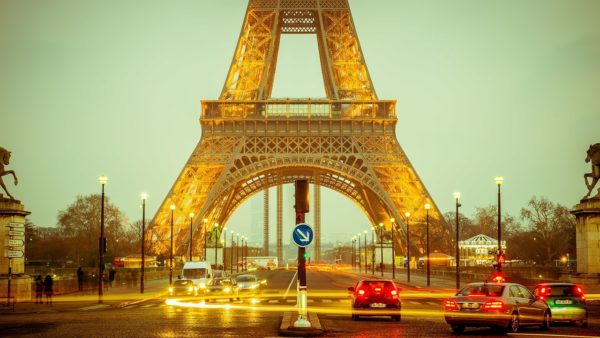 The usual nutcases and droolers are neurosing wildly over Donald Trump’s withdrawal of the United States from the Paris climate accord:

Citing a litany of statistics disputed by environmentalists, Trump argued Thursday that the pact would hurt domestic manufacturing and other industries and would put the United States at a â€œpermanent disadvantageâ€ with China, India and other rising powers. Staying in the accord, he said, would cost the United States as many as 2.7 million jobs by 2025 and as much as $3 trillion in lost gross domestic product.

…â€œThe rest of the world applauded when we signed the Paris agreement,â€ Trump said. â€œThey went wild. They were so happy. For the simple reason that it put our country, the United States of America, which we all love, at a very, very big economic disadvantage.â€

Remember how Europeans cheered when America elected Obama, and were complimenting us on how “progressive” we were? When your competition encourages you to do something, it is usually a bad idea, and Europe is still irked by American power and the necessity of European dependence on it if they do not want to be speaking Russian or Chinese.

Perhaps we should consider the words of George Washington in his “Farewell Address” to the nation:

If we remain one people under an efficient government, the period is not far off when we may defy material injury from external annoyance; when we may take such an attitude as will cause the neutrality we may at any time resolve upon to be scrupulously respected; when belligerent nations, under the impossibility of making acquisitions upon us, will not lightly hazard the giving us provocation; when we may choose peace or war, as our interest, guided by justice, shall counsel.

Why forego the advantages of so peculiar a situation? Why quit our own to stand upon foreign ground? Why, by interweaving our destiny with that of any part of Europe, entangle our peace and prosperity in the toils of European ambition, rivalship, interest, humor or caprice?

It is our true policy to steer clear of permanent alliances with any portion of the foreign world; so far, I mean, as we are now at liberty to do it; for let me not be understood as capable of patronizing infidelity to existing engagements. I hold the maxim no less applicable to public than to private affairs, that honesty is always the best policy. I repeat it, therefore, let those engagements be observed in their genuine sense. But, in my opinion, it is unnecessary and would be unwise to extend them.

Washington warned us against what are now referred to as “entangling alliances,” or treaties which bind us to action when other nations encounter certain situations. The classic example would be a treaty to go to war against any nation that attacks an ally; however, agreements to follow climate standards specified by foreign scientists and governments would also qualify.

In this sense, a nationalist sense, every nation must find its own path and through that independence, will determine its own future. That becomes difficult when we consider that human impact on the environment concerns resources that are shared worldwide. Then again, when a superpower acts, others will follow, without a treaty being required.

The world is denial of the cause of its environmental problems; “climate change” is a Leftist invention designed to disguise the real problem, which is population growth which is almost exclusively occurring in the third world. The Leftist “solution” is to transfer wealth from the first world to the third, which will then cause a further population boom.

A more sensible policy would be to end immigration, deport those foreign to the founding group in all nations, and then stop giving aid and economic trade to the third world. Let us take care of our own needs, and then world population will not explode on a boom created by Western economies, Western medicine, Western political stability and Western goodwill.

When we take care of ourselves first, each nation realizes that it must solve its own problems, and then has to ask itself what type of life fits its people. For many in the world, subsistence farming and tribal warlord social order provides the best sustainable option. With the withdrawal of Western companies, these societies could define their own future.

It also makes sense to ask why the West is so active in the third world. The simple answer is that unions raised the costs of our labor to insane levels, and they were protected by government, so our manufacturers relocated their production offshore. There, they do not face affirmative action lawsuits, strikes and shutdowns, endless regulations and the high cost of hiring flaky underclasses.

As with most first world problems, our error consists of projecting ourselves outward instead of solving our problems within. Unions have always been parasites, but it is taboo to say this, although as union power falls — but not dues and ties to organized crime and the Democrat party — that taboo is eroding at the edges. Trump is withdrawing the US from where it is causing problems worldwide.