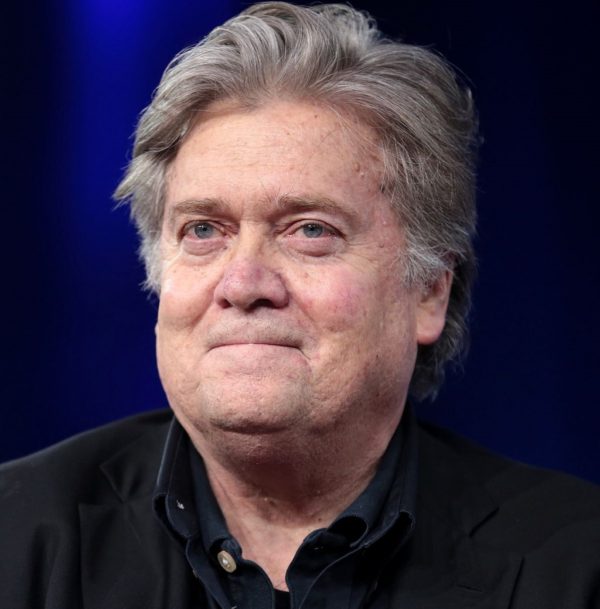 Welcome to American paranoia in the style of 2017. We know we cannot trust the media; we realize democracy is out of control; we want to trust Trump, but most are skeptical of at least one of his advisers, whether Steve Bannon, Jared Kushner, Kellyanne Conway or Reince Priebus.

The recent attack on Syria coupled with the somewhat emotional response to a picture of allegedly gassed civilians also gives us pause. This is the same stuff that conned us during the Bush and Obama years, and is reminiscent of Bill Clinton era appeals to justice and a sense of fairness to all worldwide. It reeks of globalism.

At the same time, it also reeks of America first. America wants to control the oil fields that the Russians also want to control that are situated in the middle east. Syria, as the real loose hinge in the region, is important. With Syria buddying up with the Russians, Trump wanted to slap the Russian wrist without targeting Russia directly.

The New York Times, who always lie, claim that the Trump camp is fragmenting into factions, with Bannon-Priebus in one, Kushner-Ivanka in another, and Conway orbiting somewhere quietly after public slip-ups. The Alt Right seems to have the same opinion and thinks that the neocon camp of Kushner and Gary Cohn has somehow won out.

This is always possible. However, let us consider that Trump has followed his cagey instinct so far and triumphed where highly paid Cathedral fools have failed. In addition, he is experiencing struggles with a “Deep State” (more likely: vested interests in government and private employment) and even the voters themselves, who are now expecting him to deliver on his promises.

His first big problem is that while he can keep his promises, there are some inevitable problems that he may not want associated with these promises. First, there are the Obama time-bombs, both from bad policy and deliberate sabotage. Next, there is clearly a yuge recession coming up as we transfer from demand-side to supply-side economics, in addition to the other bubbles popping.

Next, there is the seemingly intractable nature of Washington in opposing him, not just the “Deep State” but the careerist parasites that Trump wants to drain from the swamp. If the same people who opposed Obamacare fifty times will not vote for a compromise replacement, then Trump is not just facing adversity, but blind adversity.

Finally there is the media. Whatever he does, they seek to destroy, and while he has greatly diminished their public credibility, they still wield power. He specializes in distraction, sending the media running in one direction while he acts in another, but this does not work when he must drive publicity to what he is doing.

On top of that, he has foreign problems as well. The world was accustomed to Obama, who never got on top of an issue and so watched them unravel before him. The Russian seizure of Crimea, which looks like a propaganda operation with subversion followed by a sponsored rebellion, slipped right past Obama, as did the downing of MH17. Trump needs to prove America is not a wimpy Obama creation.

Thanks in large part to the power vacuum created by Obama’s foreign policy ineptitude, bad actors across the globe have grown confident that the United States would back down when challenged. That is what Obama did when the Chinese captured our drone, and as he watched ISIS rise from the ashes of third world leaders deposed by the US through “color revolutions.”

As a result of these, Trump faces a situation where public statements are signals, as is the norm in democracy, and he has to act privately. This is somewhat different from the business world in which he forged himself, although a tactic he does well. His acts are starting to resemble a duality with an unambiguous public face and private ambiguity.

Trump is removing the formalized nature of his administration. In a formal structure, which tends toward weak power, public statements correspond to intention as filtered through rules and prior decisions; in an informal structure, which tends toward strong power, public statements exist to distract from the case-by-case judgments made about complex situations.

Consistency can be the enemy of clarity because it induces repeated behaviors. In the same way, having rules and laws as a guide limits options, as Trump has seen while working with the Washington establishment. Whatever he announces publicly will begin the long hazing of being gradually eroded as it passes through these filters.

In addition, formal leadership structures are easily manipulated because it is clear who the actors are, and so they can be subverted with political means, a force against which Trump struggles with his own leadership persona. The much-publicized removal of Steve Bannon for example can be seen as removing Bannon from a position where he is on the record in order to make him an informal leader.

Among other things, Trump most likely realizes that since he will be accountable for all orders he issues, there is no advantage to having underlings suggest them first. These ideas will lose meaning if entrusted to the political establishment. As a result, Trump is relying on an anarchic strategy where he listens to ideas and not titles. This keeps ideas safe from Establishment and public alike.

De-formalizing the white house advisory staff allows Trump to act independently and to conceal his private intentions. For example, through a missile strike on Syria, he has divided the opposition once again, and misled many into seeing him as compatible with the neoconservative agenda.

In reality, it is more likely that he chose the agenda on a case-by-case basis as a method, and not a policy. His unpredictability makes him a hard target for enemies both domestic and foreign. He may be trying “appearance strategies,” or different ways of presenting himself so as to be an evasive target.

He has portrayed himself as a candidate willing to compromise and listen to the best plan no matter where it comes from. He also knows that Machiavellian prison ethics are the language of international politics. To fail to respond to a threat would validate future threats of that nature, which leads directly to war because then a much larger situation must be corrected.

Trump may not be perfect, but he has always spoken as a moderate with a strong realist bent. For this reason, he finds comradeship in the Alt Right, where ideology is rejected in preference for results-based morality. While he will never be fully Alt Right, he is the first of many small steps toward where the Alt Right needs Western Civilization to go.

In addition, while he confounds the world on the public policy stage, he continues to advance his domestic agenda which is very much Alt Right friendly, including the crackdown on immigration. This scares immigrants, who come here because it is easy and there are social welfare benefits, into either not coming or thinking about leaving.

We may never know the truth of what happened in Syria. The evidence for a nerve gas attack ranges from strong to weak, depending on who you talk to, but the public is chary of evidence of WMDs in the middle east after it was bungled during the lead-up to the last war. Trump’s strong response however has re-asserted the American position not as world policeman, but defender of its own interests.

For now, it is too early to see what is happening. Trump is playing perhaps not “4D chess” but an elaborate game of inducing existing power groups to reveal themselves. By taking his administration to an informal level, he is also setting a cultural standard that is consistent with the Alt Right ideal.

We distrust ideology and democracy because they are based on appearance. In those realms, appearance differs from reality but pretends to be the reality; in the Trump version, appearance does not pretend to be a reality that we can trust, and decisions are made based on realistic probabilities of favorable outcomes and not political agendas.

In formalized orders, rules become a game that is won by groups like the Deep State who are able to manipulate appearance and hide a private impetus toward power and profit. By choosing informal order, Trump is reversing this tendency, and if he has to use a few test balloons to do it, the ultimate outcome will benefit those who want a shift toward more realistic power structures in the West.

Conservatism Does Not Include “Freedom” And “Equality” | Huntington Won The Battle Of Ideas, And Defined Our Future