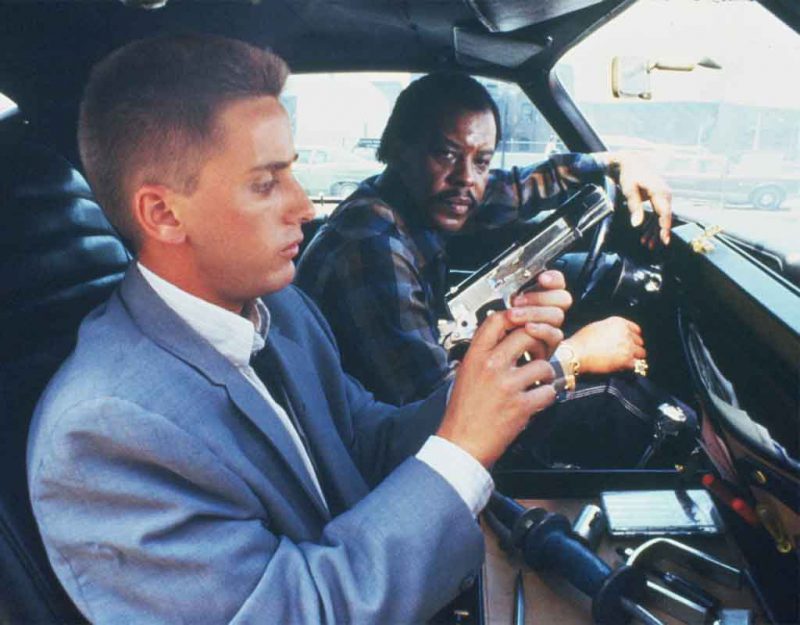 When Donald Trump won the election some Hollywood producer created a Trump Tribe Portrait depicting the Trump tribe as a cult.

I firmly believe that Trump as its leader will use this cult to his advantage in order to reshape what remains of the Republican Party as we know it, by forming a transatlantic alliance of authoritarian political movements with the likes of the National Front in France, the UK Independence Party in Britain, Party for Freedom in the Netherlands, and Jobbik in Hungary

Then Trump appointed as Secretary of Defense Jim Mattis who also did not like tribalism:

Second, in his recitation of the qualities needed in a leader—intellectual agility, respect for subordinates, appreciation for the importance of allies, a rejection of tribalism—Gen. Mattis implicitly condemns their absence in President Trump.

The narrative then became that Trump caused Americans to polarize (become enemies of each other) in an us–them scenario where the one side believed the Constitution to be a bulwark against tribalism while the deplorable side used the Constitution as a cudgel with which to attack.

Tribalism is not just an American problem and it has been coming since Colonial times:

Tribalism must be destroyed for democracy to exist. Democracy’s superiority as a political system is that it is the final stage in the  separation of the kin/race character of a socio-cultural group from its political character.

The Sustainable Development Goals (SDGs), also known as the Global Goals, were adopted by all United Nations Member States in 2015 as a universal call to action to end poverty, protect the planet and ensure that all people enjoy peace and prosperity by 2030.

But after decades of democracy African countries like Namibia are realizing something is off:

For far too long in our country (Namibia) in politics people tend to have normalised the linking of political parties to certain specific race and tribes.

Africans are starting to organize on a continental scale and are unraveling the history of imperialism:

It will use all means at its disposal to achieve its geo-strategic objectives. One of these, as explained by Kissinger, is the utilitarian use of democracy and human rights as instruments to achieve defined geo-strategic goals.

“There is a growing belief, not least within the ranks of latter-day new Labour missionaries, that appears to favour the reconquest of Africa… Public opinion is often confused and disarmed when governments embark on neo-colonial interventions [in Africa].

“The new missionaries, (intellectuals and non-governmental organisations which ‘clog the airwaves and pollute the outside world’s coverage of African affairs with their endless one-sided accounts of tragedy and disaster’) are much like the old ones, an advance guard preparing the way for military and economic conquest.”

But Europeans are doubling down on their democratising strategy to destroy tribalism (now called “populism”) once and for all:

The way forward for African democracy lies in concerted efforts to build modern political parties founded on development ideas and not tribal bonds.

But discontent towards democracy  is growing:

The received wisdom and orthodoxy is that democratic politics tends to produce political systems that are “stable, wealthier, fairer, more innovative and better at respecting rights than available alternatives” (Gilley, 2009: 114; Halperin et al., 2005). In other words, democratic governance is perhaps the best form of political rule, consistent with Francis Fukuyama’s (1992) “end of history” thesis. However, the nature of global democratic performance, in recent times, suggests that such conclusions may be rather hasty and farfetched—more of a liberal political dogma and ideology than an evidence-based political reality. In many parts of the world, democratic discontent is growing, with increasing discourse about “democratic recession,” “democratic decline,” “democratic rollback,” or “democratic default,” with some even questioning the desirability and feasibility of the liberal democratic project in spite of its apparent global triumphalism.

Africa is realizing that democracy is only possible with a middle class  which it does not have:

[W]ithout a thriving middle class, neither capitalist transformation nor liberal democracy can be achieved or institutionalised.

In fact, democracy in Africa is fading:

The trend is towards a reversal to the old order of despotic political rulership under the guise of civil governance. Elections in their current form in most African states appear to be a fading shadow of democracy, endangering the fragile democratic project itself.

The Presidents of Uganda and Tanzania have been setting the example of how to circumvent European manipulation successfully (reminscent of Donald Trump):

The opposition have described President Magufuli as ‘a dictator’ because they believe that the democratic space shrank when Magufuli banned political rallies for the opposition politicians and live broadcasts of parliamentary proceedings.

Everything this president has done has been unprecedented in the history of Tanzania. He also takes the helm at a fairly good time economically and if world trade picks up, Tanzania is all set for a boom decade.

The intellectual question is now how democracy has become a dilemma:

Equality is democracy’s symbolic promise but in reality, it makes racism worse, whereas tribalism makes it better.