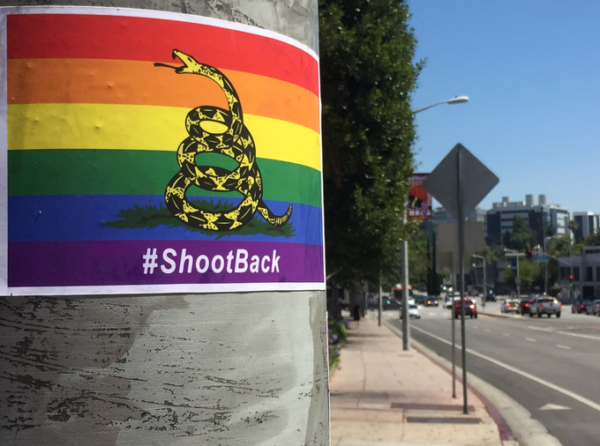 Let us review what we have learned in sotto voce from the Orlando Pulse nightclub massacre:

As reported here a short while ago, the internal paradoxes of diversity have collided and abolished it except as a symbol. This means that practical people everywhere are reverting to tribal identities, which exist as one or more of the following: race, ethnicity, religion, caste, class and realist alignment (Leftists/Communists versus everyone else).

The homosexual tribe stands alone because every tribe stands alone. This means they can expect no unity with the rest of their globalized multicultural nation-state entity, and that they feel no guilt in acting in pure self-interest. Just as women are voting for Hillary Clinton for the sole reason that she also is a woman, homosexual tribalists will now act only for what benefits their tribe above all others. “Is it good for the homosexuals?” is the only question on the agenda. And if other tribes suffer, that is their problem.

Wise observers predicted that this would be the result of diversity. Self-interest is one of those behaviors which every creature must indulge in, or end up dead, and so self-interest may be concealed or transferred somewhat, but it is never removed. When the silly white Leftists announced diversity, the rest of the world said: “The morons have invited us onto the gravy train. Let us go there, drain them dry, and conquer them, these people who are too stupid to live.”

When you look at non-native ethnic groups in the USA — meaning those outside of the founding Western European population — you see two types. There are those who have bought into the symbolic reality offered by Leftism, and those who have recognized it as false. The latter group keep their language, customs and allegiances, even spying for their nation of origin. They know they are biding their time until the takeover can occur, and that their tribe will need them.

Some have noticed this seemingly suicidal side to Leftism, but the Leftist agenda is to avoid tribalism so that the individual can profit enough to escape with the loot. Leftists negate their tribe because their only tribe is the self. It is not surprising that so many of them show the results of generations-ago slight admixture — an Asiatic lift there, a middle Eastern nose there, some Amerind or Lapp around the eyes — because they have never felt allegiance to the group, or anything beyond their own immediate comfort. They are dead souls.

As the results of the plans of these dead souls unfold, it becomes clear that Western Civilization and Western Government — now recognized as egalitarian, and therefore a gradual path to Communism — will separate. The national groups are already breaking into tribes, and they will enforce street justice by always defending their own and fighting for territory above all else. As usually happens, the Leftists who made it at the career of being Leftist will be boarding private jets for Switzerland, and the rest of us will fight it out in the streets, wondering how it got so bad so fast.