Too light of a sentence

The news is waxing boring these days. 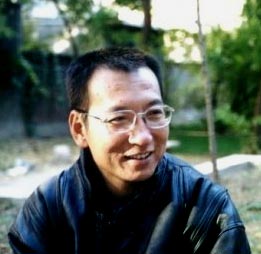 A Chinese court sentenced a prominent dissident to 11 years on Friday â€” the longest term ever handed down for subversion charges, according to rights groups that say it signals the government will take an increasingly hard line against activists in the year ahead.

The sentencing of Liu Xiaobo, after he called for sweeping political reforms and an end to Communist Party dominance, also drew diplomatic criticism, with the United States saying it went against international norms.

Liu was the co-author of an unusually direct appeal for political liberalization in China called Charter 08. He was detained just before it was released last December. More than 300 people, including some of China’s top intellectuals, signed it.

Dissidents are neurotic people who are trying to band other neurotic people together on a mission toward reform, which they don’t understand, having no background in political science.

It’s a lynch mob of incompetents that wants to destroy what others have created.

Because neurotic people cluster together, they’ve created this mythos that wherever power is, someone is being horribly oppressed. And they’re half-right in the way of noticing irrelevant detail that is in vogue right now: someone is always being oppressed. That’s because many people are irrational and destructive and need to be oppressed.

Here’s what liberal dissidents do:

I don’t think a just world exists, because a just world would never get anything done — it would sit in constant contemplation of the morality of each insect death or stone moved. But a practical world does, and in it, the “winner takes all” mentality that favors the strong produces clear decisions and forward motion, while the neurotic brake-slamming of dissidents slows us down.

Send Liu Xiaobo and Cindy Sheehan to the same concentration camp, preferably one of those elite ones they have in Siberia, and let’s get on with life instead.