Tomorrow’s Rebellion Will Be Mass Entropy 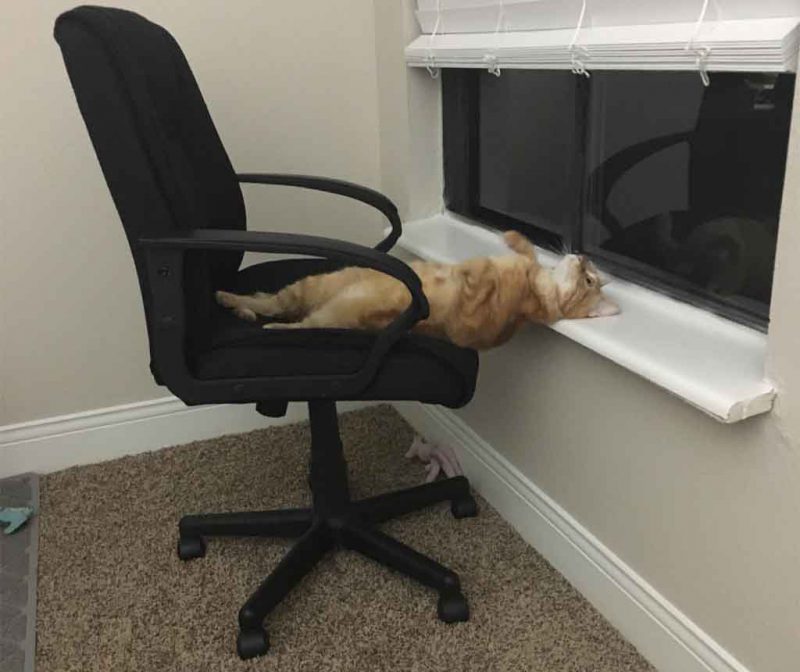 There will be no Third Amerikan Revolution. There will be no mass civil disobedience. People will not take it to a bunch of streets where the homeless people poop with impunity. Death will come for the declining empire in a much more insidious fashion.

Negligence will kill far more than nuclear exchanges. Disunity will not explode in conflict. It will lead to an unstoppable sitzkrieg by the masses of the apathetic. This will not be apostasy of the sinful. Rather it will be the rational decision not to play a rigged and hopeless game. Once “the good life” or “The American Dream” are out of reach to any man-jack not already grandfathered in, we will not be a nation of laws. We will instead degenerate into a republic of excremental NBA rosters deliberately losing to get more lottery balls.

Gonzalo Lira imagined the possibility during The Housing Crisis in 2007-2008. He describes the anger and sense of betrayal felt by a Middle Class couple that got the run-around from Wells FU Bank. He describes the disaster of a hundred million Amerikans simultaneously dropping to a quantum state of “who cares?” below.

What’s really important is that law-abiding middle-class citizens are deciding that playing by the rules is nothing but a sucker’s game. Just like the poker player who’s been fleeced by all the other players, and gets one mean attitude once he finally wakes up to the con? I’m betting that more and more of the solid American middle-class will begin saying what Brian and Ilsa said: Fuckit. Fuck the rules. Fuck playing the game the banksters want you to play. Fuck being the good citizen. Fuck filling out every form, fuck paying every tax. Fuck the government, fuck the banks who own them. Fuck the free-loaders, living rent-free while we pay. Fuck the legal process, a game which only works if you’ve got the money to pay for the parasite lawyers. Fuck being a chump. Fuck being a stooge. Fuck trying to do the right thing—what good does that get you? What good is coming your way? Fuckit. When the backbone of a country starts thinking that laws and rules are not worth following, it’s just a hop, skip and a jump to anarchy.

Most people think anarchy is the opposite. Everyone gets pumped up and crazy. Anarchy involves ten huge guys killing five Everclear Sucker-Punches each in rapid succession and mowing like a scythe through the mosh pit. It would suck to be in that mosh pit, but high-energy disorder is only a temporary state of affairs. The reaction fires off, the alcohol drain-bammage fades with the buzz. An exhausted sort of order is then restored.

No, genuine disorder occurs when nobody can be bothered with doing it correctly any more. Disorder won’t occur when too many plane rides cause Manmade Global Warming. Disorder will occur when the people who know how to make planes actually fly are too lazy, too corrupt, and too invested in self-dealing to care when those suckers can even land again safely. The airlines then don’t have planes. The bigshots then can’t catch flights. The freight can’t go coast-to-coast just-in-time via FedEx. You’ll miss AGW when you have to put on the boots and mittens and bleeping walk from here to Abilene.

What is the first sign of this level of apathy? Distrust. People can believe someone is too dumb to function or too corrupt. They can also embrace the healing power of “And”. According to The Edelman Survey, most people don’t believe “lynchpin” institutions are trustworthy or functional. That is, the people who could do it, are too evil to comply. The people nice enough to carry on honorably are morons. In some institutions the leaders are both too amoral and too stupid to be trusted.

The reaction to this level of perceived chicanery is not mere apathy. It is studied and deliberate withdrawal of any necessary support. A comment that recurs in internet discussions goes something along the lines of this: “withdrawal in disgust does not constitute apathy.” This is indutably an emotional reaction to the rampant abuse of power that constitutes relations under overripened democratic institutions. People try to give as little as possible while they load up the feedbag at communal expense. The Tragedy of The Commons is one thing all experiments in democracy share in common. This is why our institutions all institutionally suck and why we therefore accord them both the trust and respect they merit.

So what do capable people do in a declining empire where the energy and wealth vampires walk freely in the sunlight? Stay at home and fortify. Everyone quietly makes their own existence a fortification. They instinctively avoid about 85% of the people they are forced to interact with. When they ask “How are you doing?”, they mean “What’s your angle?” Everyone makes what Peggy Noonan famous described as “The Separate Peace.”

I have a nagging sense, and think I have accurately observed, that many of these people have made a separate peace. That they’re living their lives and taking their pleasures and pursuing their agendas; that they’re going forward each day with the knowledge, which they hold more securely and with greater reason than nonelites, that the wheels are off the trolley and the trolley’s off the tracks, and with a conviction, a certainty, that there is nothing they can do about it. I suspect that history, including great historical novelists of the future, will look back and see that many of our elites simply decided to enjoy their lives while they waited for the next chapter of trouble. And that they consciously, or unconsciously, took grim comfort in this thought: I got mine. Which is what the separate peace comes down to, “I got mine, you get yours.” You’re a lobbyist or a senator or a cabinet chief, you’re an editor at a paper or a green-room schmoozer, you’re a doctor or lawyer or Indian chief, and you’re making your life a little fortress. That’s what I think a lot of the elites are up to.

So then there’s the other ten percent or so who have figured out the same thing Peggy’s elitists have but who don’t have the resources to emulate her favorite scumbags. Add to that the fundamental ethical disadvantage that most of us suffer from not wanting to be a buddy-fvcker. Remember, any code of decency or honor you live your life by can and will be used against you in a democracy. You hit the Exit. Benedict Option or something else. You mannerbund and tactically withdraw. When Fred Reed wrote his cop column at The Washington Times, he mentions the time a police officer told him that the only way to police minority neighborhoods and survive was to just them eat each other. The cops take care of the cops. It’s about surviving the jungle, not taming it.

That gets us down to a third category. If you aren’t elite enough to build your own motte and bailey, and if you aren’t socially dexterous enough to mannerbund with like minds, you go full hermit. That gives us all of our high IQ or significant leadership potential individuals doing one of three things: hording everything, joining a gang, or donning rucksack and stalking off angrily into the woods. One way or another, everyone with the skill and the will to make Amerika America again will have rang the buzzer and checked out. Then, the collapse is unavoidable. The mass entropy, not the masses, will overthrow whatever remains of democracy in Amerika.

Tags: apathy, collapse, i got mine