The West enters the final stage 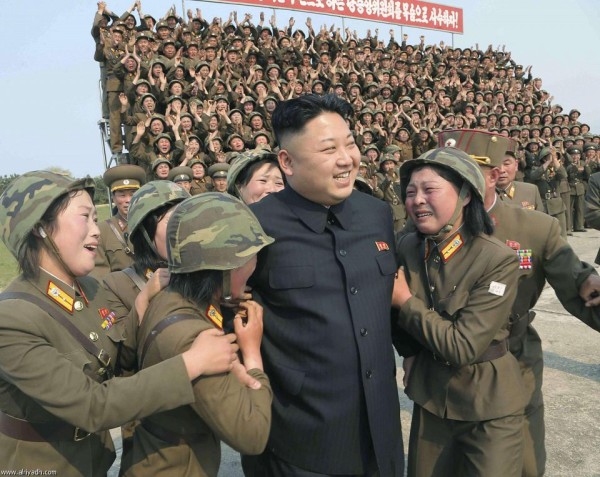 What kills societies? Trying to perfect what nature already perfected. Through our good intentions, we create social structures that are self-referential and quickly lose sight of reality as a result. We also — again from good intentions — become dependent on the idea of control, or forcing people to do the right thing, in opposition to the natural idea of having quality people and giving them some common identity and values-based purpose so that they may collaborate.

Thus in the history of humankind every society has ushered itself out the same way. It enforces its social engineering, and in turn makes life blockheaded and meaningless. Its people falter, so the police state increases. No one wants to do anything then, so control picks up on the economic front. Eventually that fire gets away from its masters too, and the society ends up building a huge government, dependent on mercenaries, multicultural for need of labor, and militaristic as it searches for ideological crusades to keep its people together.

In this sense, what murdered Athens and Rome so profoundly that they simply faded into history as inconsequential backwaters is the same thing that murdered the Soviet Union, crushed the Mayans and Aztecs, and awaits us in the Europe and USA. The more we try hard to make things right, the more we self-destruct. And now we are entering the final stage, where the paranoia is so great that people are clinging to ideology in the hope of increasing control in the hope of staving off the hollow thud of collapse.

Most of the Western media hasn’t noticed it, but an innocent man was arrested and jailed for reading words on a public street. These words belonged to the former leader of his nation who is credited with saving that lovely country from the sure destruction of the last World War. His name was Winston Churchill, and he wrote a lot of things, most of which were not for those who are reality-impaired out of some pretense of making us “all get along.” Paul Weston was arrested for the crime of having a differing opinion in the UK:

A candidate in the European elections has been arrested after making a speech quoting from a book by Winston Churchill about Islam.

Paul Weston, chairman of the far right Liberty GB party, was making the speech on the steps of Winchester Guildhall, Hampshire, on Saturday, when a member of the public complained to police and he was arrested.

He had been reading from Churchill’s book The River War, written in 1899 while he was a British army officer in Sudan.

It is amazing, this silence. The bigger media outfits in the USA have barely touched the story, and in the UK, it seems only the papers who are not left-wing have. But we hear nothing from the politicians. Nothing from the usual “free speech” groups. Nothing from the people screaming about freedom of expression when it comes to music piracy, or traitors Edward Snowden and Chelsea Manning. Similarly no great outcry from the populist establishments that traditionally wail when police are ungentle or someone is arrested for anything possibly related to their viewpoint. Why the silence?

The answer is that Weston — the man who was arrested — was not speaking out in favor of the dominant idea of our time, which is that anyone may do what they want and damn the consequences. He was not raging for more individual freedom, the tearing down of borders, and other activities designed to make us “equal” — that’s the dominant idea of our time — through a lack of values or restrictions. All that Weston was doing was reminding us of history, and what has worked and what has not. But that outraged people.

I think this silence comes about because people are afraid. They fear the end, and so they’re clinging to the dominant ideology. As an ideology fails, its adherents become more rabid, not less. And as the Donald Sterling and Cliven Bundy fiascoes showed us, deviation from that ideology is no longer seen as a differing opinion as it fails. Rather, it is seen as betrayal and proof of such bad character that no ill can be unjustly done to the person of that character. The herd wants to close ranks, and any who do not participate will be destroyed.

This phenomenon stretches across the West. In the United States, it’s now considered acceptable to seize property from thought criminals. Those who do the seizing know they will not be punished; they’re adhering to the beliefs of the Crowd, which has defined those beliefs as “good” and thus any violence or damage done to those who disagree is in service of good. Witness:

In 2010 and 2012, IRS agents visited the store and examined Terryâ€™s and Sandyâ€™s conduct. In 2012, the IRS notified them that it identified â€œno violationsâ€ of banking laws. But on Jan. 22, 2013, Terry and Sandy discovered that the IRS had obtained a secret warrant and emptied the storeâ€™s bank account. Sandy says that if the IRS had acted â€œthe day before, there would have been only about $2,000 in the account.â€ Should we trust that todayâ€™s IRS was just lucky in its timing?

The IRS used â€œcivil forfeiture,â€ the power to seize property suspected of being produced by, or involved with, crime. The IRS could have dispelled its suspicions of Terry and Sandy, if it actually had any, by simply asking them about the reasons â€” prudence, and the insurance limit â€” for their banking practices. It had, however, a reason not to ask obvious questions before proceeding.

The civil forfeiture law â€” if something so devoid of due process can be dignified as law â€” is an incentive for perverse behavior: Predatory government agencies get to pocket the proceeds from property they seize from Americans without even charging them with, let alone convicting them of, crimes. Criminals are treated better than this because they lose the fruits of their criminality only after being convicted.

In this case, the accusation is of criminality. But when ideas are criminalized, this will expand. Donald Sterling found this out when public outcry empowered the NBA to declare him a criminal, boot him from their ranks, and force him to sell his team. No doubt many are lining up to take advantage of this sudden windfall.

In the past, even the recent past, we knew what to call this: corruption. On the pretext of crime, based on the pretense that what is popular is so inalienably correct that anyone who disagrees is a criminal, they will seize and imprison all those who do not go along with the dominant paradigm. This is how empires maintain control, and it accelerates in inverse proportion to their stability.

Rethinking 1776 | A real environmental problem, not a fake one