The tragedy of Trayvon 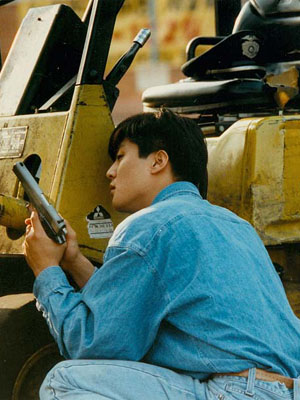 The tale of Travyon Martin appears at first to be a tale of injustice, and then expands to a tale of tragedy and shame. Our shame, that is. Because the nature of the tragedy is caused by our greed for inattention to the fragmentation of our society.

Most current commentators would like you to focus on the night that Trayvon died. That way we can avoid looking for underlying problems. We see only two people, one good and one evil. An injustice just happened. We forget about everything leading up to that moment.

A more sensible view is to think about consequences. The consequence was that Trayvon died; that is the tragedy. But the bigger tragedy is how we got to that point where people are shooting each other over neighborhood security.

This didn’t start that night. It didn’t even start with a white neighborhood alarmed at a high black population moving in nearby. The inception happened long ago when we adopted the post-Civil War mythos of the melting pot, or diversity.

Diverse means that there is no national culture, religion, appearance, language, values system or ideal. Heritage, culture, values and belief are removed so the individual has no barriers to self-expression.

That way, the only control is whether you are socially acceptable. If you thought Stalin was a nasty piece of work, consider how totalitarian this is. The opinions of others determine whether you survive. You are ruled by how the group judges you.

These opinions aren’t arbitrary. They tend to cluster around things that each individual thinks makes him or her look good. What makes people look good? Affirm that we are all equal, and all choices are equally good, so we can all get along. Flatter, pander and simplify.

Trayvon died for this myth. So have millions of other people, black and white, in not only our constant racial strife, but our constant crime, corruption, occasional civil wars, and the social decay that has split our society more profoundly than this trial.

The origin of Trayvon’s death was the completely unreal atmosphere of the society in which they lived. A society that can’t talk about race, because any notice of race would violate the sacred tenet that says we’re all the same. We can’t all get along if we’re not identical.

Does diversity benefit anyone? Every race who comes to this country will be stripped of its ancestry, and reduced into more lumpy people going shopping and attending jobs they’re afraid to leave. That makes us perfect tools of the system, and perfect consumers.

Our narrative in this country is about white injustice to blacks. What about when the next 25 ethnic groups finally reach crucial numbers? Blacks lose their privileged place as victims, and whites have many new groups to either serve or compete against.

When people are honest, which generally only happens when they’re drunk, they admit that they like to be around people like them. They’ll admit that when they see other ethnic groups around their neighborhoods, they get nervous.

The reason for this is that diversity — the mixing of different groups by religion, heritage, language, values and class — causes chaos wherever it goes. Societies that are diverse are in constant internal warfare and when they collapse, they leave behind mixed-race people who can’t recreate the once-great civilization. Diversity creates social chaos and then destroys society itself.

This is why the tale of Trayvon is a tale of tragedy. He was alienated by a society that would never fit him and in fact would always marginalize him. George Zimmerman, bizarro white/Hispanic hybrid, faced the exact same thing. Diversity reams everyone equally.

As a result, their collision was not about a personal conflict, or even crime. Those are proxies. It was about the ongoing race war that is created whenever diversity is attempted, as a precursor to total social collapse.

Instead of heaping scorn on Trayvon or George, I think we should see this event and this trial as the consequence of a long-standing hypocrisy on race and individual equality that is tearing our society apart. These two are both victims of something much larger than they comprehend.

The shame we should feel for this tragedy is for our inattention. As a civilization, we refuse to face this issue and fix it. We think we’re getting away with it, but the consequence is that young people like George and Trayvon have their lives destroyed for our hypocrisy.