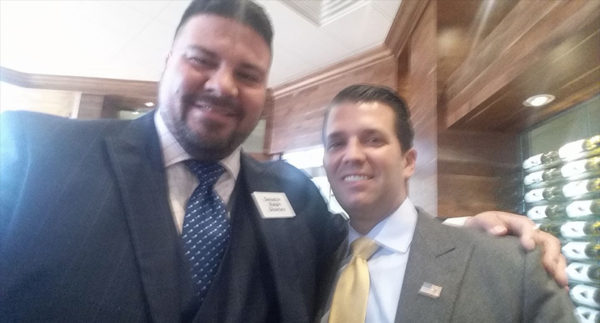 Being a conservative is difficult because the party that in theory represents you is usually doing something stupid and will inevitably let you down. This is why most conservative-leaning voters switched off long ago, realizing that democracy would never work for them and they would do better to focus on local things, in effect handing their votes to the Left.

Today’s “stupid party” hilarity is the bust of an Oklahoma Senator for alleged marijuana and sex for pay with a young boy, which seems to be a typical event for the GOP:

When police went to check on a juvenile at the Super 8 in Moore last Thursday, officers said they smelled a “strong odor of raw marijuana” coming from Room 120.

…The 35-year-old republican is involved with teens on a regular basis through the YMCA Youth in government program and as a senior staffer at Boys State.

When asked why he was in that motel room, he said “he was just there to hang out with his friend.”

The worst aspect of this case is that it looks like a classic setup: the teen’s girlfriend was watching the two enter the hotel, and at about that moment, a phone call was made to police, who showed up a half-hour later. The teen expressed that he expected to receive some kind of payment, and chat logs were leaked either before or shortly after the arrest.

Immoral behavior is one thing, and most conservatives would find it appalling that one of their own was found in a motel room with a teenager. Even worse is incompetence, and leaving oneself open to such blatant extortion attempts suggests incompetence of a vast scale. This leaves conservatives shaking their heads, wondering why we get the stupid party and such idiots in it.

Any answer to this question must be, by nature, multifaceted. The most obvious is that conservatives are by nature more inept at breaking the law. Another is that conservatism attracts people who need order because they feel they are prone to be out of control. And yet another is that the Left, who intend to break the law, make hiding their bad deeds a primary priority.

The latter — that conservatives are accidental lawbreakers, rather than people who structure their lives around lawbreaking — plus the general middle class cluelessness of conservatives in general, might explain why so many of these embarrassing incidents come to light. It also demonstrates why conservatism lives through its best thinkers, and not the rank-and-file politicians.

In any case, the time is now for a discussion and action on the future of conservatism. As a political theory, it is always captured by seemingly the least competent people possible, implying that the thoughtful conservatives stay out of politics for the most part. This tells us that we will always be at a disadvantage in a political system, and why we should thus always act to dismantle such systems.

Further, this incident pushes us to examine what it is to be a conservative. Do we want people who can play the political game, or who are oriented toward conservatism as a “folkway” or outlook and way of life instead of as dogma or ideology? Should we ask whether or not Sen. Shortey has an Amerind in his heritage, as he appears to, and whether that represents us?

Conservatives are the target of the rest of the political system because we are the party of NO. Unlike the Left, we set standards and require purpose and thus direction and hierarchy, and that viewpoint will always be less popular than “anarchy with grocery stores” as the Left promises. This means we have to clean up our act by focusing our action, because we were always the underdog.

Burying Hitler (Finally) | White People Are Their Own Worst Enemy