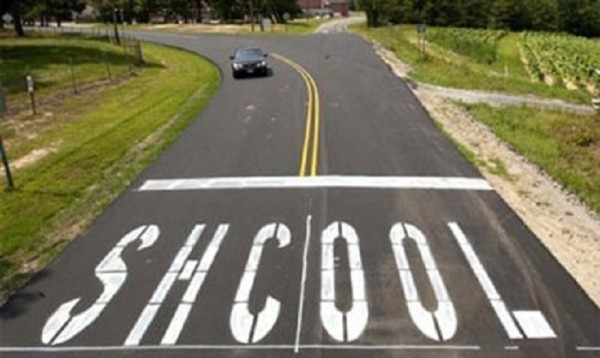 We should talk more about the â€œstreetâ€ instead of the â€“ mostly — boring politics of life because talking about streets highlights the contribution of engineering to society. It also shows us the limits of a government-based model of human civilization.

Let us begin with a definition of the role of the humble street. Streets facilitate logistics, whether people or goods. In a positive sense streets support mercantilism and in a negative sense they support raiding or war.

At first streets were a necessity, but later became a convenience. The same politics that regulated necessities were used to reduce streets to a tool for economic purposes.
Streets occur in several types â€“ for example footpaths, dirt roads and paved roads â€“ which also track this development from necessity to added value. Despite remarkable technical improvements of streets to the extent that they became known as â€œroad transport,â€ the context broadened considerably through the development of an â€œintegrated transport system.â€ This included ships, aircraft and train networks.

At the level of government this system became important enough to be allocated its own executive department where capital cost budget projections could be traded off against foreign relations such as: do we make war against Iraq, or do we fix our roads; or, do we import immigrants en masse, or do we build high speed trains to alleviate pressure on road maintenance costs. Of course these foreign interventions also require roads to facilitate execution but that falls under a different budget.

Streets have a human impact (after all, they started as footpaths). The entanglement of government caused streets to become â€œengineeredâ€ for specific requirements which reflected political and economic needs. This created the worldwide standard of paved streets with markings, safety lanes, lighting and sidewalks for pedestrians. Use of those streets however reflects local conditions. In Africa a â€œstreetâ€ is mostly used by â€œpedestrians,â€ and in New York people hang out on the street mostly to commit crimes, but in safe suburbs one can see children playing ball-games or flying kites through the streets.

In a metaphorical sense, streets represent a public commons used to voice political opinions. They are places to attract attention because humans have nowhere else to do that now. With the rise of virtual spaces, social media has taken on that role of the street in political expression. This expression represents a bottom-up viewpoint that is opposed to the official one issued forth by those in control, or â€œelites.â€ In Cameroon there is a street â€œlanguageâ€ that expresses a counterpoint to the narrative imposed by the elites. When someone dies, it is commented that â€œthe elite ate his food.â€ Similarly, in the first world we have Occupy Wall Street claiming to represent the 99% against the 1% who are our financial elites.

This leads us to see social media as a reflection of â€œcounter-narrativesâ€ and not classifiable as solely left or right. It is the opposition, the opinion based on local conditions and not the top-down view of those in control. For this reason, it is unethical to ask one question to a billion people and expect them to understand it in the same way and then to react â€œappropriately,â€ given the variation in local meaning.

That in turn leads us to question the ethics of blocking accounts, especially where one question is asked across many local areas. Responses may vary. If social media is our new version of the street, blocking accounts amounts to removing voices from the discussion, and thus blocking an ongoing opposition narrative that takes neither side of the debate.

Following a libertarian or free association model in our metaphor of social media as a street, users should be allowed to classify themselves through free association. They choose others who share their opinions, and thus there are no â€œbadâ€ opinions that constitute offenses for blocking accounts. This is analogous to how people form groups on certain parts of the street, based on common interest, in a proper â€œtransport system.â€ If they could buy their own cars and get to the location, they could also ask their own questions â€“ and have their own standards, instead of a central authority trying to impose One Right Answer on a billion people.

When Occupy Wall Street activists complained about the 1%, they got together on the street built with money contributed mostly by the elites. It became the negotiation ground. In the same way Greeks negotiated with their three lenders (or rulers) to solve their debt crises on the streets of Athens. In the same way it appears that social media users want to negotiate with the companies that provide social media as a service, but ethics are not mature enough for those companies to understand that their sites are not spaces they own, but public spaces analogous to the street.

In this scenario, the engineers triumph. They designed streets and now they have created social media, and that has created a space for community that no one question or one company or even one government can rule. The opposition has become fully democratized, but our dot-com companies and regulatory governments are slow to catch on. To the engineers, however, this was a foregone conclusion. â€œIf you build it, they will come,â€ and since they can freely associate, there is no need to filter content. Again engineering takes the lead. Leonardo da Vinci was not called â€œthe second millennium manâ€ for nothing.