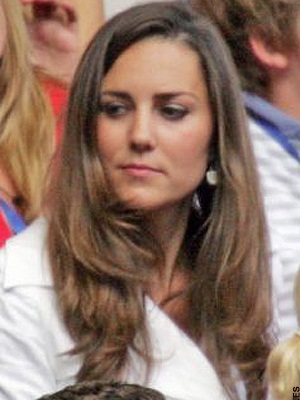 All ideology is constructed as an interpretation of reality. Over time, in a quest for simplicity, the interpretation supplants reality. This means that ideology as we know it is a distraction from the actual quest of life.

The quest of life is not universal to humans, because we can “choose” an ideology instead. But it is universal to all creatures who want to continue surviving. We call it adaptation.

Adaptation has simple rules. Find a food source and a way of avoiding threats long enough to reproduce. Over time, become better at this task — but a species is many individuals.

This means that for a species to thrive, it must make sure that its individuals correspond to a high standard of adaptation. A self-policing species like humanity then needs individuals with high individual moral standards.

It may shock some people that royalists like myself are dismissive of commoners. After all, we are commoners. But we’re only too aware of how members of our families would crack under the pressure of leadership.

All of this exists like a giant graduated filter to produce the best at the top. What makes them the best? Moral integrity: they are able to defer their base impulses and desires, assess complex data and make comprehensive decisions, and they never lose their focus on the important values that create a civilization.

Are there bad aristocrats? Yes, many have failed. But at a far lower rate than anarchist societies, democratic leaders, corporate figureheads, and other commoner-derived leadership systems that tend to produce people who use society as a means to their own enrichment.

This is why the recent “Royal” wedding was a gruesome sham. Kate Middleton is not only a commoner, but she acts like one — in fact, she acts like a restaurant hostess, bar girl, or tanning salon proprietor. Her family made its money in party supplies, which is nothing if an occupation unfit to prepare one for leadership.

But the interesting facet of this is how the “Royal” wedding is only an example of a broader phenomenon dissolving our society — the raging ego.

When social order collapses, people return to the law of the jungle, which is every-man-for-himself. But as society collapses slowly, much of that happens within society, so they do this indirectly. They adorn themselves in altruism, egalitarianism, charity, peace and love — and while your brain is baffled by the spotlight of those absolutes, they rob you blind in the shadows.

The result is a society of individuals who are both lonely and selfish. They trust no one, and take everything they can get because they expect nothing from the social order, which leaves them alienated even when among “friends.” They distrust others because they distrust themselves.

Their motto is that no one can tell them what to do or not to do, and they’ll claim that on the basis of “equality” or equal “validity.” They are arguing from equality, meaning that if we assume they are equal, anything they do is also equally valid.

Underneath the bluster, it’s just the selfish impulse — a desire to do whatever they want, have no consequences, and have someone else support them, just because they’re equally human:

If you think every parent would ensure their children go to school with a pen when they are sitting their exams, think again. After all, why should their children bother to pack a pen when someone else is bound to provide it for them?

This lack of responsibility extends to uniforms (children regularly appear in customised versions, hoodies and short skirts), breakfast (that so many children turn up at school at 7am to have breakfast is a sad indictment of our society) and, of course, a profound lack of discipline.

As a teacher, I can tell you the root of the problem: the children I teach arrive at secondary school, aged 11, having already learnt one lesson very thoroughly. Nothing is ever their fault, and they never have to take responsibility for anything. – The Daily Mail

This attitude has spread throughout our society like wildfire since 1789, when we overthrew the idea of a monarchy. It was assumed that it was arbitrary that some were kings and some were peasants; there couldn’t be actual differences between the two.

After all, if I want freedom, I want the ability to do anything I want, at any time I want, in any place I want. And the notion of a social order, or of some being tasked with getting correct answers so that life itself doesn’t slap us in the face, conflicts with that.

Instead of caring about reality, I need to only care about social reality. I need to play by the rules of the game of socialization, and get away with whatever I can by fooling other people. They don’t want to appear uncharitable, so I can passive-aggressively use my equality as a weapon. If they don’t like my selfish behavior, they’re not treating me as an equal, and I can summon a crowd to beat them down.

That’s how you get a society of self-impressed, oblivious people who cheat on the spirit of the law while adhering to the letter of the law. They assume the rules just don’t apply to them:

Someone watching from Wisconsin called rangers Wednesday evening to tell them about the errant tourists, according to a news release. When the first park ranger arrived, she found about 30 people around the geyser’s cone taking pictures.

The tourists said they didn’t see the signs that spell out the dangers of thermal areas and the requirement to stay on boardwalks and designated trails.

The Yellowstone trip planner brochure warns visitors of the dangers of the park’s hydrothermal features. “Their waters are frequently near or above boiling. The crust surrounding them is thin and breaks easily, and often overlies more scalding water. People have died in these pools. Be safe, be careful â€” enjoy the hydrothermal areas from a distance.” – MSN

It’s easy to not see the signs if you refuse to look for them. You want what you want. Who is anyone else to tell you otherwise? What are they, more equal than you are?

Of all the un-PC things we say on this blog, one that should be said more is this: the default state of humanity is unproductive, dysfunctional, disorganized and self-serving behavior. Only rarely does a group rise above this and create something good.

Sure, there’s lots of things that are praised in magazines and by politicians or your peers, but how many are “important” a year later — or a decade, or a century? These are trends, not actual achievements.

When civilization-founders impose order, function, hygiene, learning and goal-oriented behavior, they force humanity to rise above its temporary desires and confusions. This is why we elevate those founders to being an aristocracy, and breed our best blood into them.

The raging ego in all of us does not want to see any distinctions made among humanity. In each of us, it wants us to be able to be kings just by wishing it so. Forget all that discipline, creativity and hard work — we just want to be kings because we’re human too.

When a crowd of raging egos forms, they demand the standard of equality so that each can pretend they, too, can be king.

Kate Middleton, who looked confused and distracted throughout the ceremony, and has no particular achievements in life, is not up to the standard of aristocracy. Even her appearance, which reveals a muddle of ancestors without any distinction, and seems more appropriate on a reality TV show than leading a nation, shows her deficiencies.

While the ceremony went on, she showed no signs of understanding the gravity of what was occurring. Rather, she looked like the cat that got the cream. This was not a ceremony about a nation, but about her personal triumph — her acquisition, like she had been shopping. In commoners, wealth may truly be arbitrary.

Middleton not only does not look royal, and not act royal, but in her refusal to address those shortcomings shows she is not focused on the level of detail and gravity which a royal needs. She is a good commoner, perhaps, and may even make a pot of money amusing others with diversions as her ancestors did.

But to conflate her with the kind of leadership that we expect from aristocracy — Charlemagnes and Lavoisiers — is to make a grave mistake. In the name of equality, our raging egos tear down our highest so we can each be kings for a day, and impoverish us all as a result.

Who are you? | A tale of two mentalities