A tale of two mentalities 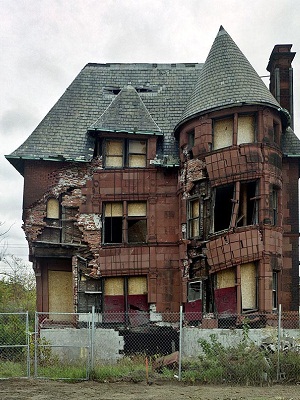 Most logical fallacies, if you boil them down to their essence, originate in taking SOME of the facts and letting them represent the ENTIRE situation.

For example, if you ask why the house is on fire, and I say that Bill was smoking, I have made a true statement, but a fallacious answer; Bill was smoking while Steve and I played with fireworks in a room full of kerosene, and that caused the fire — even if Bill’s smoking was a contributing factor.

In politics by nature, we specialize in making symbols to represent complex issues. Most people do not want to explore the ENTIRE field of facts, so they want SOME fact to become an icon for the issue.

The problem is that this process is both inherently misleading, and necessary, if we’re to curry together a mass vote.

It has struck me more and more lately how discussions about politics with conservative acquaintances become debates between belief and fact. To some extent it seems Republicans (and Tea Partiers) confuse the two. For example, you will hear things like, â€œdo you believe in evolution?â€ Evolution is science; it is not something you believe in because science isnâ€™t about belief. Itâ€™s about demonstrable facts. You can believe in creationism, but you canâ€™t believe in evolution. You either accept the facts or you deny them and hide behind unassailable belief.

Birtherism is another issue that comes down to facts vs. belief. A conservative relative of mine says there is reason to doubt that Barack Obama was born in the United States. No, there is no reason to believe any such thing. The facts are there â€“ birth announcement, birth certificate, etc. But birthers chose to disbelieve the evidence. You can pile the evidence up but none of it will matter because itâ€™s not an issue of provable, demonstrable fact; itâ€™s an issue of belief.

The same can be said of a great many other important issues of our age, including climate change, American history (the Christian nation myth), Sharia law, the â€œhomosexual agendaâ€ etc. These are all debates fueled by belief, not fact. There is evidence of climate change but this is ignored. There is no evidence of either â€œcreepingâ€ Sharia law or a homosexual agenda, yet these are almost issues of faith for conservatives. The evidence is again irrelevant. – Politics USA

If you want a working definition of liberal bigotry, this is it: everyone who believes other than what we do is an ignorant, delusional fool.

What the author doesn’t note is that facts, by themselves, tell us little; they must be interpreted. And in interpretation, belief and natural inclination trump rationality because we’re rarely working with a full fact field.

For example, the author above mentions evolution. Is he going to talk about evolutionary differences, including IQ, between the classes?

I guess it’s all in the interpretation.

While the author wants you to believe (it’s a belief, since he doesn’t have all the facts) that Republican=belief and Democrat=facts, the reality is that he is being selective about which facts he chooses to interpret, and thus, his interpretation is as spun as any religious or other “non-factual” belief.

Wonder what he thinks of this:

Shannon, a man of African and Chickasaw heritage who is angling to become the stateâ€™s first black speaker of the House, said he believes that Affirmative Action has failed.

â€œI believe discrimination exists,â€ he said. â€œI donâ€™t think Affirmative Action has been as successful as we like to believe.â€

â€œWe have a high percentage of blacks in prison, and thatâ€™s tragic, but are they in prison just because they are black or because they donâ€™t want to study as hard in school? Iâ€™ve taught school, and I saw a lot of people of color who didnâ€™t study hard because they said the government would take care of them.â€

Well, shoot. Who does know the facts around here?

We do have more blacks in prison. FBI facts seem to suggest they commit more crime, or at least get caught for more of it.

The facts of this issue are not important, right now. What’s important is that despite a sea of facts, we have two differing viewpoints, and ultimately each is based on belief.

Sometimes belief is derived from the anecdotal.

Sometimes, it’s power worship. For example, we catch scientists faking data all the time (they’re only human). Most research is funded by giant corporations. And science still can’t cure cancer, explain the origin of the universe, or invent machines as efficient as our bodies.

Isn’t it a form of belief to look blindly to “science” (do they mean scientists? the scientific process? the science industry?) as we once looked blindly on golden idols?

Isn’t liberalism itself a form of belief, or at least, something that behaves like a cult religion?

While inspecting the body politic, one encounters one clear sign that liberalism is dead. It is the condition of our political discourse. Polite commentators note that the dialogue is â€œrancorous.â€ Some say toxic. Actually, it is worse than that. It is nonexistent. From the right, from the sophisticated right, there is an attempt to engage the liberals. Budget Chairman Paul Ryan, Wisconsin Republican, just did it by presenting a budget that cried out for intelligent response. President Obamaâ€™s response was to invite Mr. Ryan to sit in the front row for Mr. Obamaâ€™s â€œfiscal policyâ€ speech at George Washington University. There, Mr. Obama heaped scorn on an astonished Mr. Ryan and his work. He did not even mention Mr. Ryanâ€™s name. This is what Mr. Obama calls an â€œadultâ€ debate?

From the rest of the liberals there generally is silence. They prattle on about Glenn Beck or Sarah Palin, but they pay almost no heed to the think tanks on the right, to their journals of opinion or to the writers and figures of heft. The liberals are dead. – Washington Times

It’s a tale of two mentalities, more than a tale of two realities. Both sides are picking the data that fits the worldview they feel in their gut is true. The difference is thus:

One of these mentalities encourages us to find monsters under every bed, self-pity in every glitch, and negativity in life itself.

The other encourages a wide-open sky under which to enjoy life, to push ourselves to exceed our own limitations, and a hopeful, cheerful attitude toward existence.

Which is your mentality?