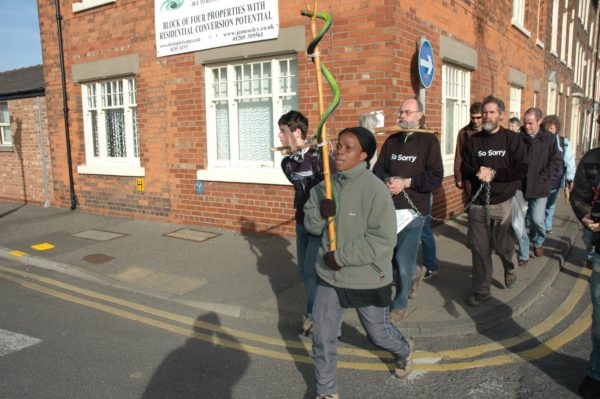 I realize, belatedly, that for most people in the world every issue splits to two options. Either you are pro-“racist,” or anti-“racist,” and things of that type.

I cannot relate to this. I grew up in the South and was taught since my earliest years to be a gentleman. That means a man who speaks the truth without reservation, but also without emotion, including the type of outburst we consider “emotion” but more properly is known as revenge.

For nineteen years now, I have repeated my mantra: the problem is diversity, not [insert ethnic group here]. The reason I offer for this is that ethnic groups have different standards and abilities, and so when they are put in the same area, ethnic resentment (“racism”) results.

In the South — otherwise known as the part of North America with culture and honor — we settled this by having separate neighborhoods. Whites live in one place, Africans another, Mexicans another still, and Asians somewhere else. Balance is maintained because each group rules itself.

The fact is, that if we have control over our own communities, we are not enemies but distant friends. I like the “distant friends” idea because it enables me to enjoy people without insisting they be like me. White standards work for white people… for others, well, who knows — it’s up to them.

Growing up in the South, I knew and loved lots of good black people. Sure, there were the ghetto Negroes… but these were the lowest of the African race. They were people who had given up. Whether this was a genetic modification that happened recently, or a moral choice, I do not know. But these were people without hope in their own souls, and they blamed others for that loss.

Despite that, I knew numerous good black people. African-Americans who stood for themselves, yet worked with others to ensure that society kept chortling along. I would never do anything to hurt these individuals. They are good people, even if as different from me as night from day.

I have made it through this life by never pretending to be anything but what I am. “Hello, I am a white guy from the suburbs…” sounds lame until you realize that it is honest, and honesty is like gold a rarity here on planet earth, which is ruled by Satan or convenience at the expense of reality, as if there is a difference.

As a young man in the South, I knew many black people that I worked with, or were nannies or housekeepers for friends. If you threatened them, I would have murdered you where you stood, and still would. They are good people; they are different, but good. Keep those parallel ideas intact in your mind.

Too many Nationalists think that in order to beat liberalism, they have to be hard-ass and come down hard on other groups. You do not. You have to come down hard on diversity, which fails no matter which groups are involved, and democracy, which always leads to liberalism and from that to diversity. The point is finding a workable social order.

I have no hatred for any other group. To my mind, they are acting in self-interest much as I should. The point is, however, that Nationalism solves this conflict. Put each group on its own continent and give it self-rule, and we are no longer in conflict.

Liberalism denies this obvious truth, as does the social conceit which is popular now and insists that everyone is equal. Equal? Equality is a concept from algebra and has no place in complex calculations like comparison between individuals, groups, ethnies, classes, castes and families. It is nonsense to apply it there.

The South is the most civilized part of North America. This seems offensive until you realize that it is true. We enslaved people, true, but in the style of European serfdom: we cared for them more than they could care for themselves. We loved them but never expected more of them than nature did. And we still defend them.

Diversity forces every group into competition and ends up creating a mixed-race elite that is mostly white, then Asiatic, with a smattering of African. If you put that into a person, it ends up looking Jewish or Italian. What is unique in each group is lost.

I will never hate. I could never abide those groups that hated, and I still cannot. My goal is a sensible order for everyone, because I know — this is a secret of the universe — that results matter more than feelings. I want the best results for everyone, whether of my tribe (Western European) or not.

You will notice that this viewpoint is represented nowhere in politics. Not in the mainstream, which much as Budweiser is not beer is not politics, but also not in the underground. No, it is a path I must forge myself, ignored by most and considered insane by nearly all of the rest.

But this is right. What is true, what is real, and what is right matters more than all the social feelings in the world. Each ethnic group deserves and needs its own domains. It is hatred and contempt to avoid doing this. While we all can recognize the teenage neo-Nazis as foolish hatred, can we see the same in our status quo?

It’s time we did.