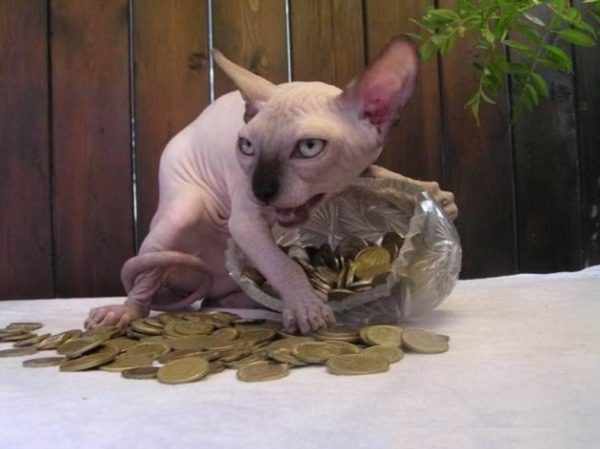 Amerika may well be approaching that day when it finally boards the Proggy Night Train to the Big Effing Adios. The noise from Illinois over its impending Proggy bankruptcy has the true makings of an unforced Anthropogenic SHTF Event. The typically Keynesian Fiscal Times tells why we should all start rubbing the KY Jelly to grease up the nether eye.

Last week, the state marked the second full year in which Gov. Bruce Rauner and a combative Democratic legislature were unable to agree on a new operating budget. The state Senate the week before rejected a House-passed budget measure premised on a $7 billion revenue shortfall after Rauner threatened to veto it. Unlike city and county governments, states cannot legally declare bankruptcy as a means of shedding debt by forcing creditors, bondholders, and government retirees to absorb some of the loss. The last time a state declared bankruptcy was in 1933, in the throes of the Great Depression, when Arkansas defaulted on its debts. But some legal scholars and government experts have argued in recent years that a well-orchestrated bankruptcy might be a far better solution than a federal or taxpayer bailout, and it would likely protect pension programs and health insurance from draconian cuts.

So stupid state fiscal commitments are like student loans and careless bastard children. They are an unwanted gift that keeps on giving and that you can’t pass on stupid, old Uncle Hank. And just how in the fornication would this well-orchestrated bankruptcy differ from a bailout? I think it would not. Here’s my reasoning.

1) The state has promised a future stream of payments that will become obligations in every fiscal year from now until the horizon promised in The Revelation of St. John. Depict that on any competent MBA student’s cash flow diagram, and you get a nice long line of bars extending below $0.00. To obtain fiscal stability (i.e. afford issuing free shit to the Free Shit Army) you need offsetting revenues that create upward-oriented bars that are as long or longer than the ones going down.* This is a doomed prospect. You ultimately encounter Margaret Thatcher’s Iron Law of Socialism. You eventually run out of other people’s money.

2) The reason we have this constant and inexorable downward suckage on Illinois’ fiscal prospects is that everybody voted themselves free beer. Nobody wants to be stuck doing the brewing, everyone is crowding the bar. The people with money and resources are checking out and hoping it’s not The Hotel California.** The Northwest Herald explains the current moronic socialist death spiral in The Land of Lincoln.

â€œOn the surface, Illinois and Puerto Rico would seem to have next to nothing in common. But in fact thereâ€™s quite a lot, especially when you look at the recent dire economic, fiscal and population trends for both,â€ the June 2 column opens. â€œBoth the Midwestern state and the U.S. island commonwealth are hemorrhaging citizens, with thousands leaving. Perhaps not surprisingly, both also have troubled economies, are deeply in debt and have few prospects for fixing their self-inflicted fiscal problems.â€

3) You could make sure The Peoples get all the gimmedats. Declare yourself Governor Santy Claws. How so? Lube up the bondholders and screw ’em all up the pooper. To borrow from the movie Johnny Dangerously, most fiscal entities get to do that once. Just once! And boy would that be a pounding. Jihadis are more gentle with sex when they rape the unbelievers. As Frank Zappa once remarked about prison rape: “Make way for da irawn sawsitch!”

Illinois has $15 billion in unpaid bills, which is over 40 percent what the state collects in revenue annually. It has over $100 billion in unfunded public worker pension obligations. Its bonds have the lowest rating of any state ever. It is one of only a few states, and the only one in the Midwest, that is losing population.

4) You could be Governor No. You could say Illinois Pension Liabilities are only valid up to 25% of the State’s revenues in a given fiscal year.*** What’s that you see outside? A million people yelling “Black Lives Matter!” and trebuchets shooting Greek Fire onto the roof of the Capitol Building? Bummer, Dude!

5) So that leads Illinois to do what it does now. It eats the seed corn and milks the foamy dregs from the empty kegs to continue the Visigoth Holiday in hopes the “Congress will take action!” Until Congress horks someone else’s stash to donate to these bums, here’s what you win if you live in Illinois. So long and thanks for all the asphalt!

Due to the General Assemblyâ€™s refusal to pass a balanced budget, the Illinois Department of Transportation loses its ability to pay contractors starting July 1. While we are hopeful the situation is resolved before then, the department is notifying contractors that all construction work is to shut down on June 30. Contractors will be advised to secure work zones to ensure their safety during any potential shutdown. As always, the safety of the traveling public will be the top priority as the department works through this process.

And since that wasn’t an effective enough threat to make Speaker CuckRyan pay for all the socialist bums, they really went looking for ways to get the mobs out on the streets. Drop the Lottery, and you totally engage the man on the street.

The association that runs the popular Powerball lottery and Mega Millions games will drop Illinois at the end of June without a budget agreement. Concern over the state of Illinois’ fiscal condition prompted that decision by the Multi-State Lottery Association, according to internal Illinois Lottery communications.

So Venezuela upon The Great Lakes implodes in spectacular fashion 1 July 2017. But tragically, that won’t happen. Congress will massively intervene. Monies from somewhere (unidentified) will be appropriated. Revenues from somebody (unnamed) will be required. It will be the politics of who-versus-whom. If you are not one of the whos — malignant bums milking a ridiculous pension system — then you are the whom. Ever since Vladimir Lenin introduced that particular concept, the whos were to Stalin what the whoms were to Trotsky. It really sucks being one of the whoms.

This is how human groups die. There are a few who start it out. Then come all the others who want to take a share of the pie. Leaders have no idea what to do with all these people, and they get overwhelmed and overthrown. This is democracy; we always blame the tyrant, but the real fascist-Nazi-communist here is this herd of people. They demand gimmedats from the whoms, who shrink in number each generation, and when the whoms revolt, they replace them with a nu-population of people from low-IQ third world countries where corruption, rape, theft, assault and lying are bred into their DNA.

Eventually the whos and their controllers milk the whoms dry, and then like a bad soufflé the middle of the country falls apart, and you wake up and you are living in Brazil, Iraq, Mexico, Afghanistan, Vietnam, Russia, Argentina, Thailand or any other third world country. That is how third world countries get there: the whos outgrew the whoms and replaced them, so now you have nothing but parasites all the way down.

Eventually the whoms get a wee tad sick of it all. They tire rapidly of taking crap off the Eloi in order to feed the cretinous Morlocks. The patience is growing thinner. The quality of mercy will become quite strained. This will become more prevalent when eleven other states subsequently go the tragic way of Illinois and Puerto Rico. Every last one of the gimmedats adds to the labor burden the taxpayer pays to continue lawful participation in Amerikan Democracy.

* — I challenge any of the frikking idiots who claim to be Alt-Right and who favor a UBI to square this particular circle.

** — You can check out any time you like, but you can never leave! (guitar solo follows)

*** — With the complete and docile cooperation of a state legislature with Democratic Party super-majorities in both legislative chambers.