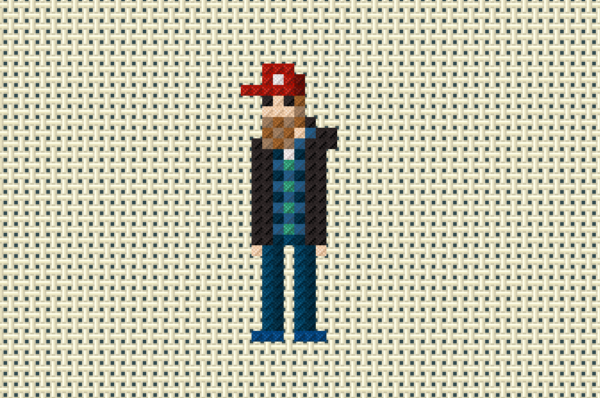 The small things often tell us more clearly what something is about than the really huge things. The New York Times is acknowledged as the gold standard of journalism by Leftists and globalists worldwide, but they routinely lie by failing to discover all the facts, then pitching the resulting partial story as an emotional experience instead of a factual one.

In this case, the Times is covering up the plagiarism behind their feel-good story of the day, stealing from a man to give to a woman, and then lying about the coverup with the knowing tone of a manipulative preschool teacher. Witness the saga of Craig Robinson, Elsa Hansen Oldham and The New York Times:

A few weeks ago I got an email, someone was kind enough to give me a heads up that there was someone out there doing embroidery work that looks a lot like my Minipops. And that this someone had their work featured in the T magazine section of the New York Times. I clicked. And this is what I found.

I had a look around the Internet and found the below images on another article, where my influence is mentioned. Seems like someone thought they could copy my Minipops, and then when she had exhausted that resource, continue to copy my style.

Like our Leftist overlords, The New York Times tells the story it wants — a warm, heart-tugging tale of a lone woman defying the odds to become a genius innovator — and ignores enough of the facts to not be telling anything approximating the whole story. (As humans, we never get 100%, but hitting in the mid-80s is sufficient to cover all the necessary bases).

Then, when the unpolitically correct victim speaks out, the Times like a nagging schoolmarm tells the rest of us that we are merely being unreasonable, and we should have a sippy cup full of juice and grow up and see things their way. What a wonderful world we have created through consumerism and media regulating what is publicly known as “true.”