The new West lacks what the old had 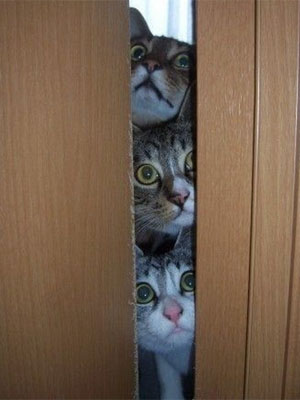 I submit to you that the great pitfall of diplomacy is not extremes but compromise: averaging, uniformity, lowest common denominator, one-size-fits-all.

We are trained to fear extremes by our own minds. They look for things that can go wrong, so we avoid threats. If those threats aren’t present, our traitorous brains drum up the next most likely thing and make it into the next Hitler-Satan-Heroin-Chernobyl.

Having a media staffed by hysterical low-paid people who basically hate the rest of us for being not as witty as them, but possibly earning more than they do, doesn’t help.

Thus we look for extremes. Who is the next Stalin? The next Klan? But collapse doesn’t come this way. Evil things that pop up and scream, “I may well be very evil and I don’t mind!” are not the real enemy. They are a quantifiable item that can be fought.

No — what gets us, time and again, and gets us hard, is the enemy within. He doesn’t announce that he’s Satan, or even look weird. Rather, he cloaks himself in morality and convenience and slowly erodes the positive things that could happen, until all we see is the negative.

Then, feeling bad about life and ourselves, we settle in to self-pity. This is composed of feeling bad, and then needing a little uplifting reward, in a cycle. Feel bad, then go buy something. Go drink something.

As a result, it’s Alice in Wonderland out there. People stop by the recycling center every month and drop off eighty wine bottles a person. The kids are on Ritalin. For adults, one pill makes you happy; one pill makes you erect; another makes you slow down. This is to maintain yourself from outside, so you don’t need to look within and ask, “Honey, what’s wrong?” of yourself.

This is a consequence of averaging. We feared the big problems, so we eliminated them. Then we grew, and none had the kindness to trim the herd at its slowest and sickest, like nature would. As a result, society grew to include a tumor composed of miserable, angry and revengeful people.

When they clustered, things got really bad. In the name of the weak, they destroyed the strong, owing to superior numbers and the refusal of the strong to be ruthless and kill them all when at an advantage. Since that time, we’ve had 200 years of downfall.

Our society has become more regulated, more medicated, with many new rules and procedures, and more conditioned to help those who will not help themselves. In short, it is bigoted against nature and against the mathematics of nature, which is to always advance the level of organization between details by insisting on ever-increasing levels of order. Like natural selection, or even a good debate among chums over cigars and cognac, this picks the best and passes on the rest.

The new West — that weird area of Western Europeans by heritage that stretches from Central Europe through the British Isles to the United States and (I’m told) parts of Canada — has none of what made it great. What made it great was a can-do spirit, a strong sense of values, and the notion that we should fix ourselves and do great things and be rewarded.

That didn’t sit well with the herd who cannot do great things. So they legislated it away: millions of little rules, holding back those who have something better to do with their time than peruse rules, chaining the good and giving the lifeless and tedious a paradise.

As a result, these people are miserable and they show it. They drive like angry people lashing out at invisible devils, they cheat and act selfish wherever they can, they invent little fiefdoms for themselves at jobs and in social circles. In short, they fight against anything but personal control of everything they can get, and if it hurts someone else or slows that person down, that makes them feel in control.

If people are waiting on you, you’re powerful — for an instant. If people must get you to sign a form, you’re a god. A king. Like the ones you overthrew, except now you’re king of a detail, not of an empire.

But pay no heed to that. To survive, we go into denial. That makes us assert again how either (a) everything’s great and we need patriotism and morality or (b) everything’s terrible so we need a “progressive” morality. These moralities are not helping because they address individual behavior, not sculpting a group into a nation.

Our modern rule gives us an outlet here. If you feel bad about things, help others. There are always pitiable people out there, and you need them to feel good, like a jolt of heroin or snort of coke. Go help them. That means give them things. It doesn’t matter if it helps or not. It makes you feel like king for a day.

This false morality has ruled us for 200 years, and as a result, the worst among us have been gaining ground against the best. The decay spreads. Good people become afraid of it, retreat to their homes and have 1.8 kids whom they fail to educate about it, leading to a higher rate of early mortality and abuse, both of which limit reproduction.

Do we want to live in the world of Idiocracy? Probably not, unless we like failing things, like burnt-out third-world dictatorships or toxic wastelands. It’s time to fight back through the simplest method possible: elbow these idiots out of the way, get rich, have big families and start excluding people who aren’t like you.

We’re taught that nothing is worse. That this is selfishness. It’s not — it’s the unselfish act of fixing yourself, and not telling others what to do. Don’t help others. Help yourself, and when you are good, reward yourself and make more of yourself.

Please, take the information economy away | Pay no attention to the man behind the curtain