Please, take the information economy away 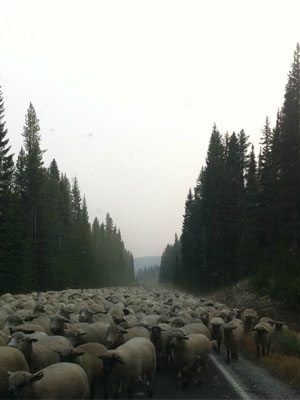 Our friends at The Economist have like most media superstars realized that fear sells better than attaboys and so they’re preaching a new kind of terror. We are told that unless we act now to open up immigration, all of our Silicon Valley entrepreneurs will go to Chile.

You are supposed to be cowed by this, but no reader here will be. First, we realize that even if immigrants are of high quality, no nation functions as well as a nation with all things in common — race, ethnicity, culture, values, language, customs, heritage, and philosophy/religion — in unison, or “at once.” It is not any one piece, but all together. Second, we realize that this is a typical media scare piece. If all people are equal, we have enough homegrown talent; it’s just not getting utilized.

This conveniently leads to the next point. Why aren’t every single one of our best and brightest rushing to Silicon Valley to invent the next Twitter, Facebook, Foursquare, Meebo or Zynga? There are many reasons, but the most prominent is that not many of us are big fans of the information economy.

In the lore of our mass media, we started as an agricultural economy. Sometime around 1910, we became an industrial economy, and lots of things changed as a result. We transitioned to the next stage in the 1990s, when we invented computers. Now we’re an information economy, in which we don’t make things but make ideas, entertainment and software.

Some of us think it’s more likely that, as our society began its liberal decay, industrial society just happened along because of the inventions of the past. Our growth accelerated it, and we ended up at the information economy stage without having learned a vital lesson: that which is popular with consumers generates false growth, because the consumer economy is a Ponzi scheme.

Ask yourself why the USA and Europe are immigrant-happy. Part of it is that the liberal parties know that non-white groups never vote conservative (in any appreciable numbers; hail the exceptions). The other part is that we need to keep feeding the Ponzi scheme. Get people in, work them for their labor, and then when they expect a higher standard of living, sell them products.

Our economies are structured on growth because democracy is inherently moribund. It is moribund because by granting political equality, it leads people to equality of purchasing decisions, which creates consumerism. Who cares which are the best athletic shoes; the trendiest sell the most at the highest prices and thus return the most profit.

This is not to swing to the left and say the free market is a terrible evil thing. It’s a great thing, and often a better way of handling routine regulation than having bloated incompetent bureaucrats oversee it. However, it’s an invisible hand system, like socialism and democracy, and no invisible hand system really works. There is no substitute for leadership.

The information economy is just the latest trend in the consumerist trend. As a result, it’s even less tied to reality, and even more correlated toward “whatever is popular, generates the most money.” We have seen from the past two centuries that making government and society into a popularity contest has resulted in a race toward the lowest common denominator, which keeps lowering itself every time a new low standard is achieved.

Silicon Valley “geniuses” of today are not inventing new technologies; they’re reshuffling the cards with old technologies in new packages. They’re not making spaceflight, new medical advances, or solving social problems. They’re inventing new variants on Facebook, the iPad and video games, which are purchased by a consumer audience but have little relevance outside that zone.

Of course, some good things come from our computer mania. The demand for these silly services has in part fueled our creation of vast economies of scale for broadband, faster CPUs and mobile computing. But those things would have come about anyway for any method that is superior in efficiency to older ways of communicating and storing data.

Instead, we have created a vast “economy” that is wholly self-referential. Consumers buy stuff, so consumers invent stuff, so they get more of their share of the pie. This really is a zero-sum game, in that all wealthy is a known commodity, where casting aside the stupid information economy and investing in hard sciences increases the size of the pie. But it’s less immediate, thus less popular.

What controls your brain? | The new West lacks what the old had