The marketplace versus the bureaucrats

America is a giant marketplace. We who live here now should heed this, because it saves us the pointless political debates.

While the poorest may not have health care, those who can afford it get better care.

While this is ass, it’s the best we’ve come up with because it is both disorganized and organized. The market needs few central controls, and most of those are impotent. But it is organized because it gives each individual a clear path to follow, and a goal to shoot for.

The other option, which is having more centralized control, which means bureaucracies and panels reading over a few pages of our case files and then telling us what to do, is a lesser option because:

(a) Bureaucracies are detached and impersonal, and apply uniform rules to a non-uniform population
(b) Bureaucrats tend to be the worst abusers of power because they are both impotent and can enforce rules absolutely
(c) Without the ability to distinguish themselves personally, people go with the flow for a mediocre result
(d) Centralized bureaucratic controls rapidly produce elites of those who manipulate them
(e) People quickly learn to “game the system” or obey the rules without putting forth honest effort

As a result, the places with bureaucratic control tend to be less competent, while those that rely on a self-organizing system like capitalism tend to be more flexible and more competent, even if we all agree they could do better. 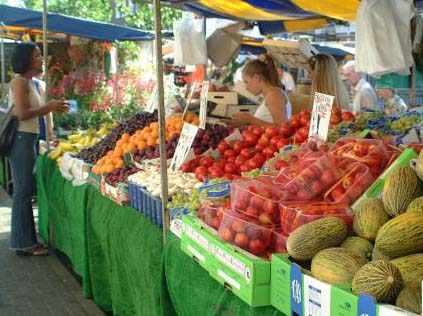 Decentralized and self-organizing systems are like natural selection in a weird but mostly viable form. They don’t always get it right, but they get it right more often than a central bureaucracy, and if something goes wrong, it’s easier to fix them and keep going.

Even in societies with light bureaucracy, we have all had horrible experiences with rather dumb people behind counters who pay more attention to rules than reality. The rules become more important than the goal of the rules; then, all sense of the goal is lost and as soon as one person starts gaming the system, so does everyone else, to compete. Bureaucracies produce entropy.

Right now, America is torn up over this universal health care issue. One side doesn’t see why we don’t just give everyone health care; the other side wants government to back off, and does not want to support those who cannot make it on their own. The former side tends more toward wanting central bureaucratic order, and the latter wants more of a “natural selection” scenario, where the rules are reasonably fair and those who can organize themselves to survive well will rise.

As stated in another post, there’s more sense to the natural selection side because it never reaches a moribund state in and of itself, while bureaucracies do. If you insist on subsidizing everyone, you must have a central agency to implement that, and so you get an unruly mob ruled by an iron hand. On the other hand, if you let self-organizing forces work, there’s less need for control.

In addition, by accepting injustice, you create a more realistic view of society. In any age and every age, injustice has existed; this is the nature of a chaotic environment. If we accept it, and also accept that some will rise above challenges and survive well, we have a healthy outlook. If we bemoan injustice and invent “progressive” notions to compensate, we are rejecting reality and become very negative toward life itself.

Mobs united by negativity toward life become destructive. In this split over health care, which isn’t really about health care, we see a mob forming like a hurricane in the gulf, and then we see the people who don’t want that to happen trying to resist. They know, on some instinctual level, that empowering a mob will cause destructive, negative psychology to become the norm. That in turn will lead our civilization into internal conflict and decay.

The downside of a marketplace is that it consists of people who are trying to sell you stuff by convincing you that they, the sellers, are good people. They do this through the universal methods of politeness: they approve of whatever you want, and will tell you how great it is in order to make you like them. This is why big media, your friends, even local businesses tend to be “liberal”: they approve of and encourage the crowd.

Let’s use critical thinking to deconstruct some of this marketing/propaganda:

Well, of course they’re hopeful — they’re about to get something for free! And of course the people who have stuff are enraged, because they’re about to have something taken from them, and given to their ideological enemies. It’s flamingly obvious. But these people don’t want you to see it that way. They want you to see that “everybody else is doing it” and go along with the plan. Really high school, isn’t it?

“Most of the ‘green’ stuff is verging on a gigantic scam,” Lovelock told the New Scientist shortly before the release of his latest book, The Vanishing Face of Gaia. “Carbon trading, with its huge government subsidies, is just what finance and industry wanted. It’s not going to do a damn thing about climate change, but it’ll make a lot of money for a lot of people and postpone the moment of reckoning.”

Of course it’s a giant scam. The real solutions — fewer problems and humans using less land — are taboo because that means shutting down someone’s dream, whether to open a McDonald’s or own a 13,000 square foot house in the suburbs. “Not everyone can participate” is the message of responsible environmental change, but that makes each person fear for themselves, so instead we get harmless or pointless actions that are popular. Profit is made.

How do we turn this around? An interesting idea:

Another is that we should stop comparing national economies as if they were running a race. Plainly, they are not. Supply and demand do not respect borders. For one country to have a surplus, another must be running a deficit. It is imbalances between economies that puts prosperity at risk; the way different nations structure their economies within the globalised market probably matters less than we like to think.

If we stopped comparing the “competitiveness” of national economic models, we could devote more attention to what kind of society we want, and what economic policies will get us there. That, indeed, is probably the economic equivalent of another famous Socratic injunction: know thyself.

In other words, if we don’t want to be ruled by the market, we have to give it goals which requires all of our society agree on what’s important. And that is what this healthcare debate is about: one side wants values that reward good people, and the other wants to subsidize everyone. One side wants natural selection, the other wants social acceptance. Until these values are reconciled, we’re at the mercy of the markets forevermore.