by Jonathan Peter Wilkinson on February 18, 2016 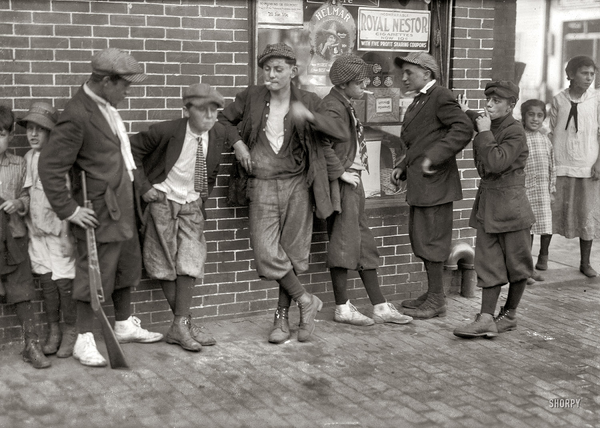 So a bunch of professional educators in Alabama grew butt-sore over hearing about how bass-ackwards our glorious state truly was. They heard Neil Young sing about her. They heard Old Neil put her down. They apparently forgot to remember a Southern Man donâ€™t need him around, anyhow. You see for some recent years, less than 60% of the children in Alabamaâ€™s public school system ever got a High School Diploma. This was not acceptable! Something was done! Progress was made. Mirabile dictu, now almost 90% of our children graduate. Therein lies a tragic tale of what happens when appearance takes precedence over legitimate truth.

Now people that play stupid games tend to win stupid prizes. Regrettably an Alabama High School Diploma is now a pretty stupid prize. Fake credentials are like that. Real credentials stand for some accumulation of knowledge, work invested, and basic competence. You can use them to indulge in positive discrimination.

You see an exam that prevents pot-smoking morons from graduating from a school system makes the accomplishment of people who have applied themselves more meaningful. Itâ€™s almost as if weâ€™d put Donald Trump in charge of the school system and had him build a wall around the borders of respectability to keep out stupidity. This was the purpose of the exam. If 40% of the aspiring young minds werenâ€™t aspirational enough, I failed to see any validity in blaming the exam.

But we wanted to show the rest of Amerika that we could learn too. We wanted to be all larned up and edumacayted. What we teach our children by eliminating the mean, bad Gradumashun Exam, is that they donâ€™t really have to meet challenges. We will always buckle in the face of their failure. The hard work required to fix things the right way is just too unpleasant. Nobody loves these kids enough to make them do it. Nobody really believes in them so we just bullsh!t the problem away.

We tell the kids they did it; they are smarter than we are and they know they didnâ€™t. It teaches them that their futures are far less important that it is for their parents to impress the intelligent people. We arenâ€™t awarding them diplomas to reward them for excellence. We are rewarding them meaningless diplomas to shut up people who will piss on Alabama reflexively regardless of whether their points have merit.

The propitiation will fail. Children who would have learned things and became more capable will decide this effort is no longer sufficiently rewarded. They will get the sheepskin anyway. Why bust a butt cheek? Everyone gets to feel good – until one of these over-credentialed idiots is your emergency room doctor. Then, as Alice Cooper famously said, its schoolâ€™s out!

*-We are now aligned to Common Core instead of No Child Left Behind.

Philosophical democracy | A tale of two realities (or, Oliver Laughland is a liar)