The left is intolerant of a way of life 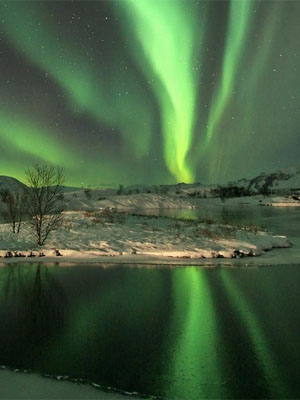 When the left says the right is intolerant, what they mean is that the right has denied approval to one or more behaviors that the left wishes we would be permissive about.

When the right says the left is intolerant, what we mean is that the left wants to deny us a way of life.

The left is counting on a sleight-of-hand which requires us to not notice that permissiveness is in itself a denial of the ability to have standards.

Under a liberal system, he should be able to. We should tolerate his behavior and despite the fact that no one shares values, we should share the value of having a patchwork quilt of weird that forms our Babylonian society.

In this mindset, our rights begin and end at our own bodies or possibly, our own homes.

However, under a right-wing system, we consider consequences. No act occurs in a vacuum. Joe shooting heroin legitimizes heroin use and encourages others to do it; there will also be socialized costs of having Joe zonked out all the time, including to any wife and children he may accumulate. Further, there is a loss of a public right to a pleasant afternoon when, in an idyllic balmy moment, a heroin zombie suddenly appears staggering across the vista.

To a left-winger, that kind of “differentness” is welcome and possibly desirable. Everyone gets to be their own freaky self, and we all tolerate them, and congratulate ourselves on how moral and mature we are.

Witness columnist Dear Abby‘s response to a diner complaining about a cross-dressing waiter:

In California, people have the legal right to dress in a style not typical of their gender without fear of discrimination or retaliation. That right is protected by state law. If customers find it offensive, they can either request a different server or take their business elsewhere. Presumably, the customer would pay for food that had already been prepared.

Because children today grow up quickly and are less sheltered than in past decades, I recommend you explain to your 11-year-old that not all people are alike, and the importance of treating others with respect. It’s called reality – “Abby: Waiter’s use of makeup shocks diner,” Dear Abby, The Houston Chronicle

The diner wants to raise children in a biologically normal environment. By normal, they mean that most people act in roughly a certain way because they share similar goals, and that those who are doing something else do it away from the others. This is an eternal rule of civilization that permits real tolerance, not state-enforced tolerance which amounts to resentment and covert retaliation.

Notice the snootiness of it. High horse? Pretense? Moral superiority pose? Where in the past concerned citizens were the ones admonishing us toward Biblical behavior or conservative lifestyles, the nagging nannies today are preaching the dogma of the 1960s hybridized with the one thing we all must agree on, which is economics: if it feels good, do it — just keep showing up to work and buying our stuff.

The left pretends that it is intolerant of nothing and this is the biggest myth of our time.

The left is intolerant of any way of life that is not “anything goes.” The left wants to smash those ways of life worldwide and replace them with the leftist ideal, which is a patchwork quilt that just so happens to be very friendly to business.

People like Dear Abby parrot this stuff because it makes them feel good to have moral superiority over others. You never have power until you’re exercising it, and they feel power in knowing that all the other nagging nannies will join together into a righteous indignation-gasm and retaliate against anyone who wants a way of life other than the permissive, pluralistic, disordered and dysfunctional life of the neurotic leftist.

If the right is to revitalize itself, it starts by insisting that we have a right to a way of life, even if it takes a village or small city to create it, and that the left is intolerant of this way of life.

Opposing this downward slide gives the right the teeth and moral justification it needs to begin reversal of the wholesale destruction of our culture, people and values that leftism has wrought over the past century.

This society is awash in self-hatred | Mayberry