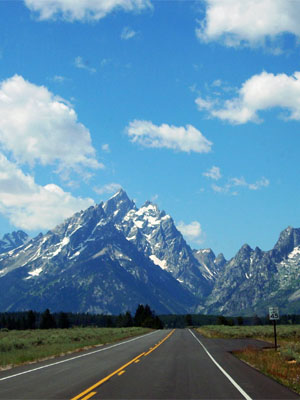 In contrast to that, some have found out that society is more of a pleasant covering — a perfume, a drop cloth, a euphemism — for the underlying natural order of predation, parasitism and production.

This order was chosen by life because it requires no context. It works in any situation, provided there is time, space and energy. Evolution is of this nature, as is thought itself.

When we think, some thoughts consume others and some thoughts delay others, prolonging their own lives with the momentum of others. This has the effect of producing a hierarchy: weakness is dragged down by the parasites, and the strong conquer others to rise.

The translation of this order into the physical reality we inhabit is terrifying to us because not only are we potential prey, made of tasty meat, but we are also locked in our large brains which see only the world made of our memories, our judgments, our knowledge and our feelings.

As a result, we tend to deny the underlying order of reality and its predators, parasites and producers. One reason for that is that we, and by that I generalize the Western population in the middle socioeconomic and intellectual bracket, are actually what is hunted by both the predators and parasites in this world.

Predators are those who would take what we have through conquest. These are on the international scale other contenders for superpower status, and at home, competition in business and social pursuits. Some groups want to rise above their social status, others want to immigrate and take control, and still others want to seize us for their religious, economic, political or social agendas. We are their targets.

Even more predatory are those who want to use us as food for their businesses. They want us to be fodder for our products. They wish to infect our heads with illusions, inducing us to buy from them, and to make profit from us.

While this is part of the natural order, it is natural for us to wish to avoid when not advantageous for us. How many times must we hear this tale: product is invented, becomes an underground hit because it’s a better option, then gets sold and the MBAs come out of the woodwork, thus product gets made more cheaply and becomes less effective at the same time it becomes the most popular. We are the target. They hunt us for their nourishment and want to dominate us.

On the other side, the parasites wish to drag down those of us that they can catch being unwary. Unlike a predator, a parasite does not seek to consume. It seeks to cut itself a share of the pie and eat at the table, every day. A successful predator wins by conducting a transaction, but a parasite wins by keeping the transaction open for as long as possible.

The biggest parasites are well-intentioned government programs and special interest groups that demand we subsidize them in exchange for feelings of moral superiority. They actually give us nothing. They program us to think that quibbling over money is lower-class, and that we look like jerks if we don’t support any cause that makes someone somewhere happier or “more empowered.”

The goal of these parasites cannot be taken at face value. They do not intend to fix the problems they describe. Instead they intent to milk them, applying gentle pressure in such a way that induces more of the problem to come to light, so they can achieve their real agenda, which is bleeding away your cash.

Middle class people in the West, who comprise its most productive sector and those who will determine its future with their political power, like to remain in oblivion that they are the hunted. But they are: they are the prize, the real breadwinners of this society and the ones everyone else wants to replace, or else live off of.

Almost all the voices in media deny this because each voice is hoping to cut itself a share of that wholesome middle class pie. But as animals struggling for our own survival, we forget the natural order — no matter how much cloaked in pleasantries — at our peril.