The high cost of the unnecessary 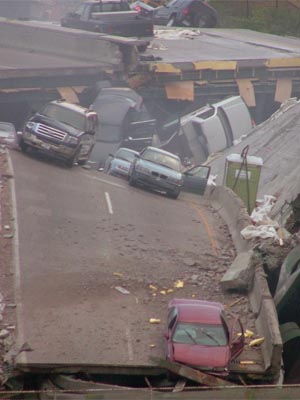 We have this lovely fiction in our big human heads: out of sight, out of mind.

It has two parts. The first part is our sight; what we don’t see we forget. The second is our minds, which are so big and powerful we assume they have everything under control.

The mundane (color of concrete, taste of water, temperature of waiting room) fact is that they can process only about seven things at roughly the same time, and everything else gets forgotten. Think about how much of our daily lives involves reminders: scribbling notes, checking calendars, phone calls, alarms.

While our brains can make choices, they are not masters of all. We are not God (or gods). We are animals in the thick of it, and our big brains are small compared to the world. We process what we can and discard the rest quickly so it doesn’t trip us up.

As a result of “out of sight, out of mind” we often forget about the consequences of things that are not happening in front of us just then. We accept them as inevitable, shrug and move on with life. While that’s not the worst response, problems remain.

Daily we ignore the high cost of these unnecessary and destructive things. We pretend that they don’t exist, and route around them.

We forget that the greatest damage is to our sense of self.

We no longer believe we and society are working together for the best of all. It’s every man for himself and worse, we see official forces as parasites trying to restrain us.

We no longer live in a place we believe in.

Tied down by speech codes and politeness rituals, propped up by illusions, and drugged on the idea that as long as the money keeps flowing we can buy our way out of it, we are marching to disaster.

And none of it necessarily has to happen.