The girl behind the counter 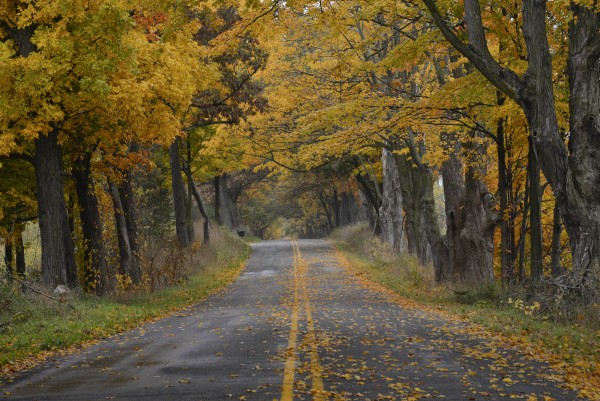 This summer, sheâ€™ll be 23. Sheâ€™s working hard, much harder than I am. Iâ€™m not quite sure how she manages to put up with my lazy ass. You might say she deserves better. Not an investment banker perhaps, because the ones who havenâ€™t been replaced by computer algorithms are in their 60s now, about the same age as the last journalists, computer programmers and taxi drivers. Nonetheless, Iâ€™d imagine sheâ€™d like me to spend my time more productively.

Growing up as a teenager, I didnâ€™t expect there would be any taxi drivers left in the country by the year 2027, but an entire generation of tourists who grew up watching American movies expects to have the privilege of commandeering these old men when they visit New York city. This is what these Indian tourists associate with American culture, the privilege of getting to yell at men who have less prestigious jobs. I blame the outsourcing of help desk jobs. Most taxi drivers in practice just press a few buttons on their dashboard and pretend to operate the steering wheel, while the tourists repeat some lines they remember from movies.

Admittedly, I didnâ€™t expect there to be cashiers anymore either by now, so when my sweetheart told me she was going to pursue a masterâ€™s degree in retail, I advised her against it. It led to a big argument. â€œWhat do you want me to do then, work at Hooters?â€ She yelled at me. I wasnâ€™t impressed by her empty threat, because Hooters wouldnâ€™t hire anyone who hadnâ€™t graduated with a four year degree in consumer psychology, after an incident caught on video a few years ago where a man, later revealed to be suffering Huntingtonâ€™s disease, squeezed a waitress in her bum and she responded with punching his teeth out.

Back as an 18-year-old, faced with the difficult decision of whether to go to college or not, she decided to pursue a double-major, one in retail, the other in history. Neither degree is extraordinarily challenging and the college classes barely overlap. When they do overlap she would watch the recordings at home. She could have saved a lot of money by signing up for a digital college instead, but employers seem to prefer graduates who actually had to go to classes and do group projects the old fashioned way.

Officially the masterâ€™s degree is called â€œretail management,â€ just as a cleaning lady is now called a â€œsanitary hygiene specialist.â€ In practice however, rather than â€œmanagingâ€ anything, she will stock shelves, pretend to check the storage room for people who desire products they stopped selling but forgot to remove from the website, or explain to them why theyâ€™re not allowed to combine their coupon with a bonus card.

That is, if she ever gets a job with the degree. Itâ€™s quite likely that she will apply for a volunteer position or another unpaid internship after finishing her degree. If this were to happen we wonâ€™t die of hunger, rather; she will receive gift cards that can be redeemed for food at a number of fast food restaurants that suffer from a loss of customers.

Her biggest dream is to operate the counter. Thereâ€™s a dying demographic, of old people in their 80s and 90s, who are too senile by now to learn how to operate the self-checkout machine or order food from the internet, but by virtue of the mercy of their neighbours havenâ€™t been deported to a nursing home yet.

Itâ€™s obviously a highly competitive career track to try to enter. I remember how I begged her to be realistic and look for something with more opportunity. One out of every 15,000 pistachio nuts contains a little worm, but as a result of some sort of subconscious human intuition, humans are still better at recognizing the nuts that might contain a worm than computers are. You have to do a series of reflex and hand-eye coordination tests to become a worm-picker, pardon me, a “product quality control specialist,” tests that 95% of people never get through. Had I read the fine print on their website I would have seen that.

After what we now refer to as the â€œpistachio incidentâ€ she stopped listening to my advice and I must admit I canâ€™t blame her. She had wasted 150 dollars purchasing training material from a website that claimed it could â€œguarantee youâ€™ll pass the testâ€ and 250 dollars on attending a â€œworm pick specialist training weekend.â€ She then had to spent a total of 360 dollars for the privilege of participating in the first three tests, after which she failed and was left with nothing.

I did everything I could to help her after that incident. When she had to write her progress reports on her unpaid internship at Costco, I helped her think of skills she could still improve and things she had learned. â€œI should remove wine stains on the floor with ammonia instead of bleach, when the floor is made of linoleum.â€ â€œI should be more patient with customers.â€ You can never be too patient with customers.

Now sheâ€™s finishing her masterâ€™s thesis. Iâ€™ve never been more proud of her. Her working title is â€œsystematic discrimination of African American citizens by retail specialists in coupon acceptance rates.â€ We downloaded 75.3 gigabytes of leaked video camera footage from some of the nationâ€™s largest supermarket chain stores. We carefully went through every video to check for instances where people paid using coupons.

So far we have found that after adjusting for confounding variables, African Americans are 22% more likely to have their attempt at using multiple coupons rejected than white Americans. A shocking conclusion, in a country where people like to think that racism is just a thing of the past. When I close my eyes at night, I still dream about the obese lady who argued with the cashier about whether or not pickled cucumbers still qualify as a vegetable. I fear that I will one day die in my sleep and this is what eternity will be.

Comparing Neoreaction, New Right and Tradition | Open war on the majority as the USA crumbles