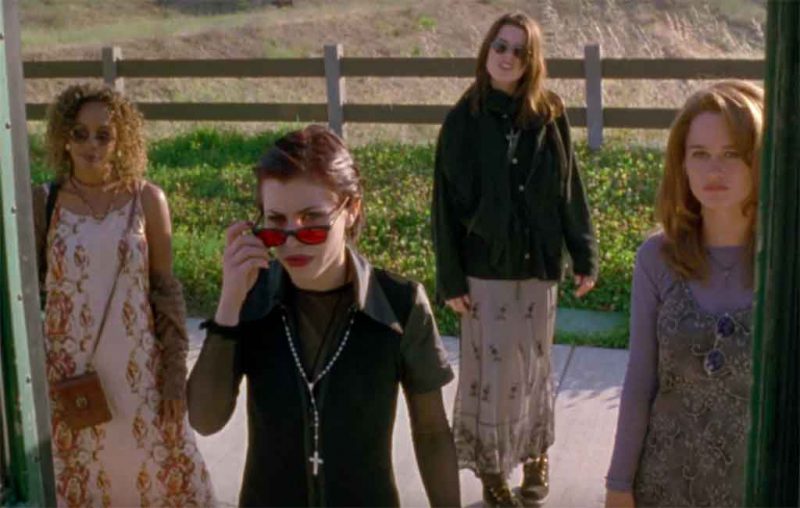 Let me make a hypothesis here: if you want to be an über-tyrant, the best way is to get your citizens involved in some drama unrelated to the actual question of how you will rule the nation.

I don’t consider this conspiracy thinking because it’s common sense. Once you see that power is having the ability to make a bunch of monkeys do the same thing at the same time, you can see infinite conduits to it. Money. Status. Memetics. Police states. Bribes. Heck, you could probably run a tidy tyranny with just a really good coupon program.

Most conspiracy thinkers worry about a shadow government. Most historians realize that instead there’s likely to be a shifting population with enough money to get their changes into the mainstream. They don’t conspire, and that’s the problem. They survive off of society but have no interest in redirecting it from ruin; after all, they’ll be fine, and they have money and like most people, they don’t think past next week much less next generation.

The way most people approach politics reminds me of how the USA approached the Vietnam war: we were trained to face a big industrialized Army that charged at us with all that it had; instead, we were fighting a disorganized but well-trained army with grenades and AK-47s. Your planes designed to eliminate factories don’t work well against places where ten guys in a cave are making the ammunition for each local region.

We look for organization and ideology in politics, but really, there’s neither. The unasked question is “toward what end do we rule?” and those who rule by money don’t want us to ask that. Instead, they want us to accept that there is some goal, and start fighting amongst ourselves. Why? So they can conduct business as usual, because to a businessperson, government and ideology invariably screw things up. And unlike government, business is constant and cleanly logical: make money / feed family.

Most civilizations in the latter halves of their lives loop through a cycle that gains intensity as it repeats: it’s the freedom-order cycle. The people want more freedom, which in turn empowers insane, stupid and criminal people to create more socialized costs (costs passed on to everyone) and to fragment any direction the society had, which in turn causes the remaining responsible people to demand protection. So it becomes a class war, with a huge mass of irresponsible people opposing the responsible people who have money, and the society beats itself to death in a futile, all-encompassing, pointless war.

The presumption of ideology derives from this conflict. The masses always have ideology that disguises self-interest; the responsible bourgeois, middle class, etc. don’t need it and don’t have it. “Be responsible” isn’t an ideology, it’s an ethos. In the view of the middle classes, ideology is what you invent to justify having failed at life. In the view of the masses, not having an ideology means you just don’t care about fellow human beings. This division enables the society to never focus on the actual issue, which is designing itself as an organism that thrives.

In exploring their environment, ants create huge trail systems like motorway networks. Many researchers have remarked that we may have much to learn from the way ant traffic flows along these trails which seem to be free of the jams that plague our roads.

[T]he average speed of the ants remains constant, regardless of the density of the traffic. There is no transition to a nonlinear flow, at least not in the conditions that this group studied.

Let’s put that in perspective. Ant traffic flow is like rush hour traffic on the New Jersey Turnpike travelling bumper-to bumper at the 55 mph.

So what’s the secret? John and his mates aren’t entirely sure but they’ve found a pretty good clue: ants never overtake. Not ever. Instead they form into platoons in which all the ants move at the same speed. Increase the density of ant traffic and the platoons simply join together to form larger groups. This is how the velocity remains the same while the density increases. That makes ant traffic significantly different from other types of traffic in which congestion occurs, such as road traffic and internet packet traffic.

What if instead of basing our society around the regulation of density in a static context, we based our society around having a goal and moving toward it together? That way, we would escape this endless thrashing between wealth redistribution and wealth retribution.

We could do this, and, as Plato points out, it’s how civilizations in their early stages operate. Pick a working values system, religion, heritage and language, and develop it over time. That’s how culture both changes radically and stays the same. And it would be relatively easy to get back to this stage. Specifically, our society is getting exhausted by the constant thrashing, and people are ready to split it up.

If we broke it into states with more power than they have now, they could define themselves, and whichever prospered would rule the new land. Technology is the wild card here, as it could make some areas disproportionately prosperous and so make the choice for us. However, that’s not a show-stopper, just something to be aware of.

If not, we’ll never be able to face issues like this one:

The President of the United Nations General Assembly has told delegates at the 5th World Water Forum (WWF) in Istanbul, Turkey, that, “those who are committed to the privatization of water, making it a commodity like oil, are denying people a human right as basic as the air we breathe.”

In a speech delivered by his senior advisor on water Maude Barlow, UN president Miguel d’Escoto Brockmann said, “We must work quickly to guarantee that access to drinking water constitutes a fundamental right of all peoples…”

Here we are at the haves versus have-nots again. The have-nots want equality; the haves want to defend themselves against this. (As you know from the civilization cycle, when a society grants too much power to the people, the have-nots assault the haves who then defend themselves, in a perpetual cycle where battle lines are defined more by responsibility to reality than any ideological or wealth-oriented attributes.)

Of course, the water should be viewed as a nihilist would view it: structurally. Water maintains ecosystems; it is a vital part of the landscape; humans use it too, but that usage must be in balance with the rest in proportion to the importance of humans. I rank humans pretty highly, as a species, but we need to ask ourselves whether unfettered human growth produces new heights for humanity, and then see if we want to sacrifice our environment for said unfettered human growth.

Another source shows us this conflict in bare terms:

Liberalism that was built into our Constitution, insuring that the state solely preserve our natural rights to life, liberty and property against the aggression of other individuals, and moreover against the tyranny of the majority. It was this system of government with limited powers, in which people could choose their own form of morality over that imposed by the force of the state. This choice of what was moral could be made at one’s own peril: people could choose to accumulate as much wealth as possible or sacrifice all of their wealth to charity; businessesmen could operate for consumers at a profit or for the “public good” at a loss; soul-searchers could choose to live good Christian lives or become pot-smoking hippies or dwell in hedonistic communes.

The point is that people had choice, and they were responsible for their choices and protected from harmful choices of others by the rule of law.

The American right is drugged on fear of socialism. Don’t let that put you off, because every society is somewhat socialistic since it shares infrastructure in common. What American conservatives would say if they had balls is that they want natural selection to return, and in order to do that, they cannot be obligated to support other people. They are cool with providing public services and infrastructure, but in any case where these are measured by equality of people, what happens is a subsidizing of those below the average which results in everyone else waiting on them. That’s obviously a bad practice.

Unfortunately, American conservatives and Ayn Rand junkies and Ludwig von Mises types are all in denial of one basic fact: we are in a civilization, and civilizations are by their nature collectivist, which means that we must lead others to get things done and that we suffer the consequences of others. Natural selection is a broken model in this context. It only works on a pioneer, frontier basis. This is why people have not flocked to the anarchistic libertarian strain, nor have they returned to the American conservative parties. The idea of suspending social rule is not appealing to most intelligent people.

It’s possible to take a middle path: we want everyone moving in the same direction, and to exile those who are not cool with that, and in the meantime, we will take care of everyone who is helping us move toward that direction. This requires us to have a goal; a goal requires a consensus about what is important; a consensus requires that individuals set aside their pretenses and selfishness for long enough to come together in agreement.

That’s our only hurdle, and while it’s a small one, in the fears of the underconfident, it is taller than Everest. Humanity either beats this issue or begins the long, slow, lugubrious walk down the evolutionary ladder to a comfortable existence as talking monkeys.