The Firing Of Diversity 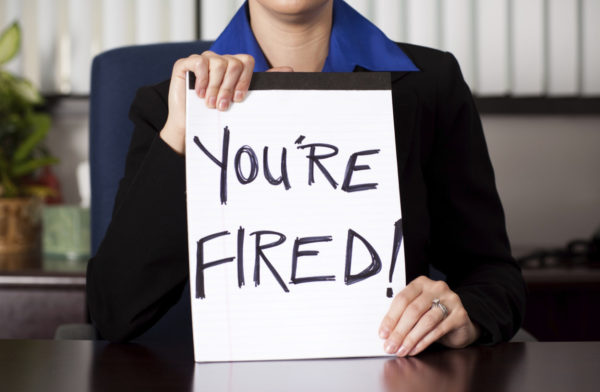 TJ Sotomayor permanently cemented his status as â€œMr. Crispyâ€ on certain corners of the YouTube community when he made the following statement: â€œPresident Obama, we donâ€™t need gun control. What we need is n*gg*r control!â€ He wasnâ€™t saying this because he has secret fetish for the Caucasian Persuasion. He said it because he is a Black Nationalist and doesnâ€™t want to see his community die out. He said it because he is perceptive enough to see how Gary, Birmingham and Detroit became the epicenters of fail they currently remain.

What see in both Birmingham, AL and New York, NY is what happens when they donâ€™t listen. Quite simply, they get fired. The city maneuvers around the various civil rights laws and regulations to eschew vast pockets of the very diversity that they claim is their strength.

Newsweek seems to fail to realize that the real strength of an urban area is the tax base. They bemoan what they see as an invasion.

Problem is, surfacing is usually whitening: Gentrification by any other name would taste as hoppy, with the same notes of citrus peel. There is really only one strike against the New Urbanism, but itâ€™s a strike thrown by Nolan Ryan: It turns cities into playgrounds for moneyed, childless whites while pushing out the poor, the working-class, immigrants, seniors and anyone else not plugged into â€œthe knowledge economy.â€

This is just Newsweek prog-whinging. They never really address why this is happening. They donâ€™t understand why this pretty much has to happen if the city in question is to survive. When people take high-value assets and drive them into the mud, they create prime arbitrage opportunities. People hate the arbitragers, but they are only shooting the messenger. That happens because it is the economic equivalent of manshaming.

When some gang of Hipster Space Cadets comes in with a hammer, fifty nails and a checkbook and then doubles the property values of a neighborhood in six months, theyâ€™ve made a profound derogatory statement regarding the abilities and values of the idiots who controlled that real estate before. Even if such statement is ingenuous and unintentional, it is deeply and eternally offensive. It is offensive even if the previous idiots in charge donâ€™t even understand how and why theyâ€™ve been dissed and dismissed.

And the cities? Of course they want their poorer people gone. Look at where Richmond, VA gave up land to route Interstate 95. Look at where Huntsville, AL built its new prison. They are doing everything in their power to preference this new â€œSurfacingâ€ movement over the populations they have right now.

They simply cannot allow their most valuable tax acreage lie fallow and expect a bountiful economic harvest. When the Hipster/Yupster commune types come in and intelligently repurpose these areas, they are saving the municipality from bankruptcy. Yet this puts the wellbeing of the city in direct conflict with the fantasies of its permanent residents.

Eventually, the cities have to be consequential and recruit and favor people who are able to support all the services the municipality wants to provide. Conversely, the city needs to minimize its human burden of non-achievers. In order to accomplish this, they find themselves â€œsurfacing.â€ Thatâ€™s a nonsense term for firing diversity.

Conservatives Have Been Lobotomized By Their Desire To Be “Good” | The False Genocide Of Amerinds: Based On Pleasant Illusions