The end of racism 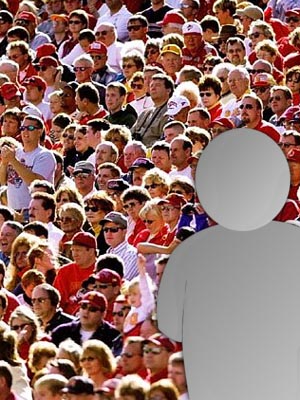 On this blog, we recognize that “racism” is a result of diversity. Without diversity, there is no racism.

While it is an illusion to expect an end to war, or that all nations will peacefully co-exist, with diversity there is no peace. There is simmering internal discontent. It takes centuries to boil over and explode, and in the meantime, everyone is miserable because they have to pretend it does not exist while it blights their daily lives.

Here at Amerika, we recognize that “diversity” is the latest push by liberals for class warfare. Their goal is to tear down anyone who has risen above a minimum standard, because they believe this way leads to peace. If you smash everyone down, no one will fight, they think.

History shows us that such well-intentioned but delusional approaches inevitably result in failure, in that neutering all participants creates that same simmering underlying hatred that later explodes.

With the end of the American Civil War, and later WWII, it became clear that official policy of the US-UK alliance would be racial equality in addition to class equality. These are both liberal ideas. Liberalism is globalism, and it took over America, and uses the United States as its vessel much as it used France and Russia. Liberalism is a mental virus that destroys everything it touches.

For many years, American liberals have talked about “the end of racism” and looked forward to those Utopian, rapture-like times with a religious devotion normally reserved for the very simple or special education students.

Now the end of racism has come.

Bad news for liberals: it’s also the end of anti-racism.

The anti-racists finally attacked a nationalist group that, by the conditions of the end of the last war, all sane people are sworn to protect from genocide. We are speaking of Israel here, which is a nationalist state founded by Jews for Jews. It is a Jewish state. Only people who are ethnically, religiously, culturally and linguistically Jewish may participate. That is how you protect a population from genocide: give them their own country, and let them rule it and exclude all others.

This is what Theodor Herzl, the prophet of Zionism and nationalism, realized: the cause of anti-Semitism is diversity. Diversity pits a majority against a minority, and neither can win. The result is constant hatred. The problem is not Jews, or Gentiles; it is not blacks, or whites; it is not Muslims, or Atheists; it is diversity. Wherever it is tried, diversity (like liberalism) destroys everything it touches.

Sixty-five years after the end of the second World War, “anti-racism” is being used as an excuse to perpetrate genocide against the Jewish people. The people who fought the Nazis, the brave anti-racist liberals in America, have become the racists.

People are starting to see that “anti-racism” by default means racism against the majority.

They are also starting to see that all of us are in this together: every ethnic group wants self-rule and to preserve itself by excluding outsiders, as Israel does. We want German Israels, Anglo Israels, and African Israels. We all want nationalism and self-rule and culture instead of a Nanny State, commerce and lots of rules telling us what to do.

Five months after a bipartisan group of lawmakers urged the Obama administration to announce immediately its intention to stay away from a United Nations racism conference to be held in September, the State Department announced Wednesday that it would not attend the event.

The plan has stoked controversy both because earlier such events have been marred by anti-Israel rhetoric, and because of the conferenceâ€™s venue and timing â€“ in New York City, just days after the 10th anniversary of 9/11. – CNS

The US pulled out because the racism conference is in ideological self-contradiction. It is racist to demand Israel admit Palestinians; it is also “anti-racist.” Anti-racism is racism. There is no future there.

If our goal is to protect ethnic groups against destruction, we must recognize that one form of destruction is aggressive outbreeding that obliterates the native stock.

You cannot have Jews without the Jewish ethnicity.

You cannot have Germans without ethnic Germans.

The Nazis, odious though they were, were in agreement with Theodor Herzl: each ethnic group needs its own space.

Now the Israelis are in agreement with the Nazis. The only way to preserve Jews is to give them their own nation. Jews cannot survive by being perpetual immigrants in Europe and the USA. Jews need their own nation, self-rule and the ability to exclude all others.

Liberals hate that, but now that we have seen sixty-five years of intense diversity and it is still not working, attitudes are changing. Liberals are now the racists.

For many years, we thought the problem of racism was as simple as one group beating up on another.

That lent itself to a simple solution: penalize the oppressor, and raise up the oppressed.

Despite trillions of dollars and years of effort, this has not happened. Instead, we see Brazil, Mexico and Iraq moved into Western countries, where diversity promptly divides these countries into race and class warfare.

Diversity has become its own enemy, racism.

As more people awaken to this, starting with the relatively prosperous Israelis, look to see more bowing out from anti-racism conferences and the off-the-record whisper, anti-racism is racism.