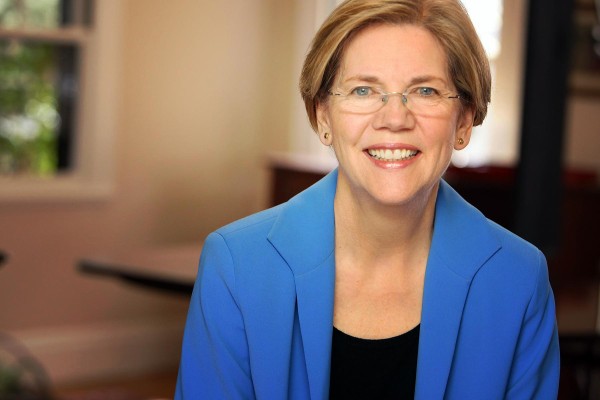 “Insanity in individuals is something rare — but in groups, parties, nations and epochs, it is the rule.” With these words F.W. Nietzsche described the situation we find ourselves in with modern politics: insanity which punishes those who speak out against it, like a perverse take on The Emperor’s New Clothes.

Voters tend toward the worst of these behaviors. They clump together in groups around ideas that seem uncontroversial, panic at the unknown, and lunge at illusions that promise to allay fears with even greater insanity. Those who study voters find themselves in the position of catering to this mentality and because it is so chaotic, the only middle ground they can find tends to be the compromise position.

The crusade for the “bipartisan” or “moderate” compromise candidate drowns whole parties in its insistence on paradoxical logic. Conservatives and liberals want different things; political orientation is more of a choice of ideal lifestyle and type of civilization than it is a discrete mathematical phenomenon. For this reason the bipartisan candidate constitutes a unicorn or chimera, but voters chase it nonetheless, hoping that by purchasing time from the beast life will just continue as normal. Most people form a mass that is concerned more with its individual challenges and pursuits than any kind of direction for the group as a whole, thus they fall prey to the fanatics and revolutionaries who upset the order. Instead of confronting these people with the deranged nature of their positions, they attempt compromise and figure they have at least staved off the beast.

On the frontlines of the search for the great neither-liberal-nor-conservative candidate, Elizabeth Warren looms large as a possibility. She represents the liberal establishment through public support but gives nods to a conservative and libertarian leaning electorate by looking harshly at big government and its recent failings. For people awash in doubt who have lost the will to act decisively, she appears to be the ideal non-position: a compromise between left and right that gives a little bit of something to everyone.

If you recall the last election, Republicans made themselves desperate to find a “bipartisan” candidate. They thought this might appeal to Democrats and “moderates”; as it turns out, those groups simply went with the liberal candidate because he asked less of them and promised more. In the process, Republicans alienated their base who wanted to see not just a workable candidate, but an increasing momentum for change to put this country in a conservative direction. With the next election, the bipartisans will switch from trying to find a compromise Republican to settling for a Democrat who has a few conservative-flavored ideas.

Much as the 2012 elections ended poorly for conservatives, any participation in the search for a bipartisan candidate — and any fondness toward Elizabeth Warren — will end similarly in disaster. Moderates inevitably shift leftward because without a strong direction toward conservatism, leftism provides the path of least resistance by affirming popular illusions and pretending to banish fears. A Warren on the campaign trail will become a different animal once elected, and she will use her “Republican”-ish ideas to patch up the leaky boat Obama has created, making liberals look yet again like saviors of the common voter.

For centuries, the only salvation for right-wing parties has been to appeal to their base. These are practical people. They do not need to be ideologues or intensely religious to realize that a small-government, family-oriented, traditional values and strength-oriented party will create the best results not just now but in the distant future. They also sense but can rarely articulate that for them, our country either takes a strong rightward direction or it inevitably drifts back toward the leftist morass.

As conservative commentators waffle toward Warren to the delight of their liberal media overseers, who basically clap knowing how fatal of an error their adversaries are making, the interests of American people are overlooked. Another bipartisan moderate compromise candidate with strengthen the left and reduce our hope of reversing the decline. Despite the popularity of Elizabeth Warren, those who want conservatives to do more than pick up after liberals should realize that her strengths are our weakness, and no amount of papering over that with words like “bipartisan” will change it.

Good to the good, and bad to the bad | Interview with an internet troll