The elephant in the room continues to grow 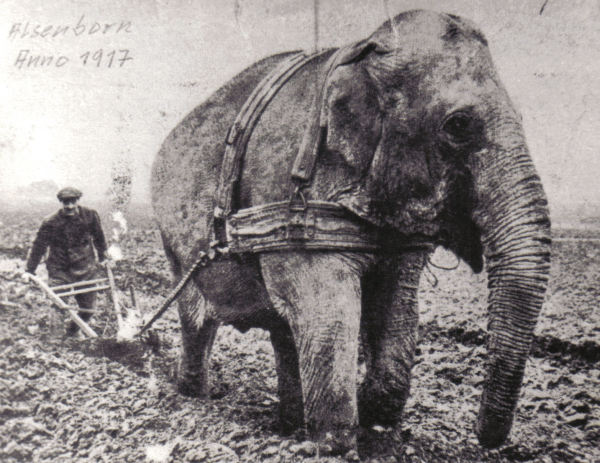 See life through the eyes of a child: adults worry, and hide their worry, then raise their voices and deny the worry, then cast a worried glance at the kids.

What do they fear?

Let me introduce my theory of denial: our will to deny a problem exists in inverse proportion to its triviality. That is, we do not bother to deny the unimportant; but the really big problems tend to make us go into denial.

I observed this with mice in a laboratory once. A technician would place the killing device — it beheaded them — on the table next to the glass tank full of mice. They knew what it did and feared it. But they needed to eat, to reproduce and to play, so they left their cardboard shelters and did so, right in the shadow of the death-machine. There was nothing else to do.

Humans have the same attitude toward death, but also toward what really is the elephant in the room for modern people. I watched every adult I know firmly assert denial of it, and yet probe around the edges in conversation like someone flirting with the edge of a cliff and certain death below. They knew it was there, but life must go on, so…

The elephant which inhabits our room and continues to grow — perhaps someone helpful is feeding it cream puffs — is the fallen nature of our society. Once, the Greeks and Romans walked the earth, and they told of a golden era before their time. Once, art was beautiful and music was magically complex and yet clear. Once, people had decorum, and were not just sloppy creatures of convenience, promiscuity and deception who shuffled off to jobs like inmates.

But now? We not only can see that our society is miserable, but we can see how this wave has come toward us through the centuries of history. We know from our reading that decay came slowly, reducing these proud people to the shambling wrecks that now define the norm.

We also realize that whatever opposes this decay is both something eternal, and an idea that most of these people will not only deny but fight tooth and nail because they are in desperate and needy denial upon which they base their self-esteem. To notice the elephant is to be subversive, and they don’t want that. They will even radically shift ideology or lifestyle, anything to avoid seeing that elephant.

How do we know our society is miserable? Look at how people act: mean, territorial, dishonest, and prone to ignore actual problems and focus on symbolic acts instead. What about our world? Covered in advertising, with ugly square buildings, filled with smells of exhaust and human waste. Ruled over by sportsball and entertainment. It’s the slaves’ holiday dressed up as liberation.

Absolutely nothing in the world can make sense until we identify the elephant, talk about it and admit its existence. Most people will do anything but this because they are massively afraid of it and in weakness determine to hide that fear instead of working together to fix the actual problem. Such is the nature of our society, and every society before it that has fallen.

The Peripheral by William Gibson | Democracy has failed