The Divine Right Of Kings 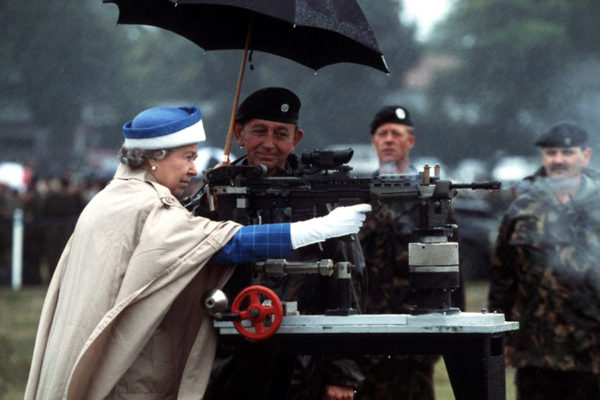 Modernity specializes in replacing past knowledge. This occurs because modernity is entirely a product of the egalitarian ideology, which always seeks to remove any competing ideas, even if they are not hostile.

One of the idea we have lost is the real nature of the “divine right of kings,” which is an explanation for the reason the aristocracy were given power. In the modern vision, it was a religious fanaticism that allowed people to believe some other people were selected by God to have power.

In actuality, the divine right of kings is a restatement of esotericism. That term itself is not widely known, but a dictionary search reveals the following for esoteric:

understood by or meant for only the select few who have special knowledge or interest; recondite:

Esotericism refers to the nature of knowledge as both (1) cumulative and (2) dependent on the ability of those who seek it. It is inherently inegalitarian, but its opposite, exotericism, is profoundly egalitarian: in an exoteric system, truth is distilled to symbols, which are then used to educate equal people who are then presumed to be equally competent at the discipline.

No one really believes in esotericism of course. All those doctors went through medical school, but there are some you trust more than others. Even in car mechanics, all of whom are certified, we trust some more than others and believe some are more talented than others.

Those two areas of choice — talent and trust — reflect the reasoning for an understanding of the divine right of kings as esotericism. Some people are more competent than others, and some more morally good; those who are the best in those areas should be in power not because of moral obligation, but practicality. It is a realistic adaptation to our world and the needs of civilization.

When it is said that the kings have descended from the divine, it means that they are the continuation of the best in our people, which is closest to the divine because such people have the best understanding of reality, the highest moral standards, and will advance civilization by not merely reacting to conditions but by imposing a creative focus to their leadership by which they not only do what is practical, but improve the quality of what exists so that it rises above what we previously thought was possible.

To hominids gathering beetles, roots and bush meat it must have been inconceivable that something like imperial Rome or pre-democracy Athens might exist. In the same way, to modern people it seems impossible that life can be anything more than gathering jobs, consumer products and triplicate forms. But it is possible to rise above and then keep on rising.

For that reason, traditional societies saw their aristocrats as a gift from God. These were people blessed with not just intellectual power, but moral goodness, and within that, the aesthetic preference for beauty, truth, sanity and excellence. These people alone can make a great society.

As we have slowly shifted to the exoteric, starting long before the Peasant’s Revolt but gaining speed with those lower-class rebellions and the fetishizing of them by intellectuals during The Enlightenment,â„¢ we have seen our civilization slowly decay as it has stopped aiming for excellence and has contented itself with mere pragmatic reaction.

Aristocrats are like antennas that receive more of the signal from God, consisting of understanding the order of nature at a level deeper than appearance, where the rest of us get a lesser part of the signal. For that reason, they are chosen by God, and have the divine right to rule, as it will produce the best — closest to God, who is infinite perfection — results.