The Dilemma of Fixing Diversity 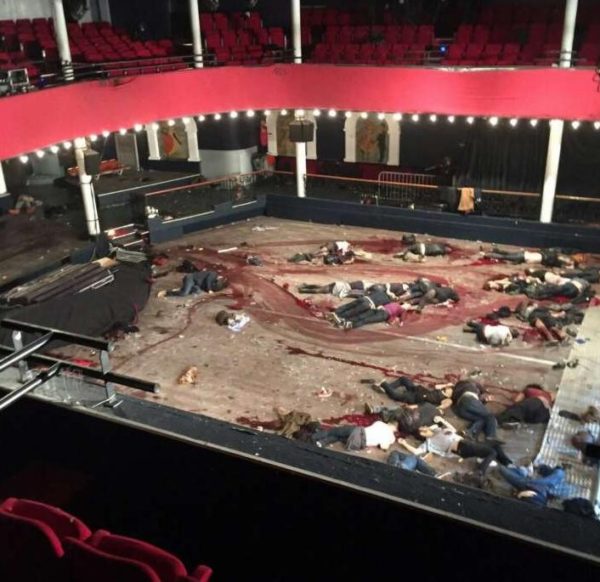 So Terrance Williams isnâ€™t going back to Africa. I still donâ€™t know what in the heck that has to do with being afraid of dogs, but the clip was hilarious. It also raised a nettlesome issue that needs to be addressed to properly plan for and execute a nationalistic set of politics. You see Terrance Williams is probably as suburban â€˜Murikan Peebles as I am. Put either one of our butts in the Serengeti wilds and the hyenas would chewing big holes in our corpses. Forcing him out into Zululand, against his will and against his nature, would be an unjust and immoral death sentence.

However,1 there is an increasingly unchurched, unschooled, and flat-out uncivilized group of African Americans in large Amerikan cities. Iâ€™ll let Chris Rock say what Iâ€™m socially enjoined not to when it comes to describing these people. I personally and professionally blame President Lyndon Baines Johnson. This Great Society looks like the ruins of Detroitâ€™s municipal culture. The Great Society is found where residents of Birmingham, Alabama scream because non-African American people move into neighborhoods, clean up all the garbage and raise the property values.

This, they argue, forces them out. If youâ€™re talking the sort of people who are realistically described by TV shows like The Wire, Iâ€™m failing to see the problem here. If you donâ€™t want Harm City, you get rid of the people that make your urban areas Bodymore, Murderland. We are going to get what we tolerate. God pretty much thinks you have it coming to you if you are stupid enough to put up with it.

There is going to be some sort of nationalistic sorting. The people who are good, decent, and do what people are supposed do will take out the damn, stinking garbage. It may well be significantly based upon race, nationality or religion. We will do it, or our great nation is going to die in the ditch.

After Nice, France, this will be condign instead of lamentable. People who come into a society and refuse to make the effort to sublimate their individualism on the behalf of everyone elseâ€™s commonweal are a gallimaufry of solipsistic, fvcked-up @$$holes. My philosophical and political home is on the Alt-Right because the traditional, Cuckboy Right from whence I migrated doesnâ€™t have the guts, piss or vinegar to get this necessary job done. They wonâ€™t. Ever.

And that brings me to a conundrum. We face a fundamental dilemma. There are good and intelligent people that come from backgrounds not generally conducive to what we see as proper American Nationalism. There are three options of handling this.

So those are the options going forward. Forcibly separate everyone, forcibly separate out as much deadwood as possible or pursue ordered classical liberty that allows men and women of good will to separate on their own initiative. This is what is surreptitiously happening anyway and will continue to happen every time either blacks or whites get that sliver of daylight and a vision of the end zone. Bring back freedom of association, and nationalism can flourish within a democratic republic. The current Progressive race relations policies are literally making Reconquista 2.0 a coming reality.

1 Five Dallas police officers agree with JPW on this one but are unavailable for comment.