The cure for the West 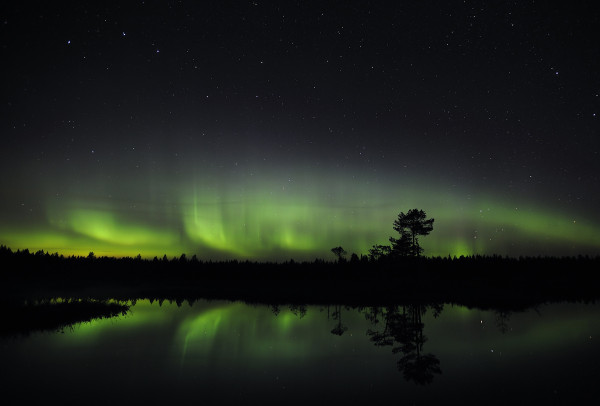 I write often of the West because it is the only significant measurement possible for the civilization in which we find ourselves. Descended from Northwestern European stock, the peoples of Europe and the United States find themselves leading the world in technology, economy, mass culture and military might. Unfortunately they are bound together by something less auspicious as well.

The disease that stalks the West is difficult to diagnose because it is a psychological phenomenon masquerading as a group activity disguised as a political ideal. That ideal, whether it calls itself progress or equality or choice, is the idea that the individual comes before reality. Nothing more: our individual choices are sacred, and the order of nature and the cosmos is second, and if our individual choices don’t work out society should at least politely ignore that and at best, subsidize it.

The West feels sick at this point, but the disease has been a long time coming. It started when we put ourselves before logic, and starting projecting what we want to believe is true and what our “rationality” isolates and identifies, onto a much more complex world. Since then it has spiraled out of control. This mental tendency called solipsism makes us see the world as products of our own thought, rather than our thoughts as products of the laws of logic and nature.

In 1789 in France the disease accelerated to the point where whole crowds of people openly cheered murder. They thought freedom of choice was coming to them and forgot that choices need to be correct — accurate in measuring and responding to reality — to have any value. Anything else is pretense, or the arrogance of a small animal pretending that it can make things so by wishing them and then closing its mind to any consequences but what it wanted to see. Instead of one tyrant, we got as many as we have people.

Symptoms are hard to see. They are all very subtle, like the universe itself. The hassles of waiting in line, filling out forms, being polite to insane people, and experiencing the force of the control games and drama of the many people around us all take their toll. We went from being a people who believed in the infinity of possibility and the boundless goodness of nature to people who understand only two things: what they control, and what they don’t which is therefore the enemy and should be destroyed.

Our actions since that time reveal a deep mental sickness. It is one thing to hunt for what we need, and cut down trees as we need them, but the modern mind is only happy when it has leveled a lot and poured concrete over it and strung lights around it, to make it safe. It is one thing to have goals, and to collaborate, but another to create the modern state which is essentially police power first in service to itself in the name of keeping us under control.

We have since that time seen the consequences of putting “freedom of choice” before any kind of quality control. People are reckless, and do what is immediately convenient, and take a glee and pride in passing the buck on to others. This is what happens when people are controlled: they rebel, but not in large ways. They counter-attack with thousands of daily acts of passive aggression and sabotage. This makes dealing with people toxic, and forces us to either become oblivious or be so alienated we cannot relate at all.

The point I am making here is that we can set aside politics for the moment and look at daily life. It is toxic in every way. Despite our great power and our awesome air conditioning, life is hostile to us. Not just to us as we evolved in nature, but hostile to any sensible being. Our time is wasted, we have no purpose, and it has made us hateful people who turn against each other, brother against brother, father against son and child against parents. This was prophesied by the ancients with their myths of Ragnarok, Kali-Yuga and Revelations.

At any point we can stop this, but it is not going to happen through politics or forces of control. It will happen when we are able to communicate to enough people to form an identity, and to separate ourselves from the modern world as it continues its course. There is no way to save the West as it is currently defined, but we can save the West in its spirit and in the people who still understand that sense of infinite transcendence that has always marked our people.

Frustrated political actions like those of 1939-1945 do not help this cause because they too are based on control and on using outward force to try to shove minds into alignment. What we must do now is nurture ourselves by turning our energies from the failed system toward a new organic way of civilization where we have an actual goal, and a sense of purpose beyond the self, and consequently a will to work together and to exclude those who will not do the same.

The cure for the West is not dramatic. It will not make a good blog post, nor will it be written in the conveniently heavy push style that blog posts are. It will be born in the solitude of the heart and soul, where people decide that beating our problems as identified is not enough. We must rebuild our spirit. We must take what is good from the past, dust it off, and bring it to a greater level of power while pushing away from that which is dying and should die.

It is in this moment that the vision upon which conservatism is based takes its full form. This is the classical vision: all in balance, a beauty of nature and its great wisdom presumed, and an understanding that this is based in transcendent forces beyond our ken. In this vision, we are no longer speaking of politics and society, but the joining our souls to the eternal, and in that unity the creation of a civilization that rises above the pettiness of life and reaches toward the unending.

I have saved a word for this in the recesses of my heart. That word is ascendant. It occurs when we stop trying to make war on problems, and start making war instead to create in our hearts and among each other a cathedral of the sun, wherein we worship truth, beauty and goodness. Where we make more of it. And as the time comes, we must defend its gates, and we shall do so with divine violence, understanding that life is a binary proposition: ascend or descend. In our souls, we must choose to rise.