by Jonathan Peter Wilkinson on February 21, 2017 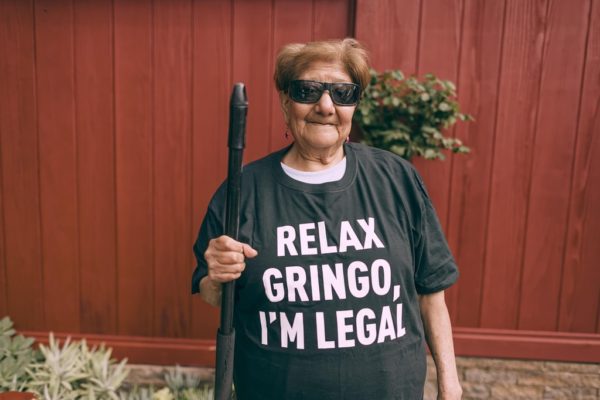 Every so often, evil becomes so self-unaware that it reveals its intrinsic nature with no shame. Putting a microphone in front of (((Bill Kristol))) has recently produced several such moments. Either he is old and losing the fastball, or he just feels so entitled and so invulnerable that he will tell the world exactly how he and Caligula both think. (((Bill Kristol))) drops all pretense on the YouTube below.

Now Mr. Kristol passes himself off as a Conservative. He is no more of a Conservative than Hillary Rodham Clinton was a Progressive. Neither should be legitimately considered as a patriotic American. F. Scott Fitzgerald once remarked that the rich are different from you and I. Ernest Hemmingway dismissed him by pointing out the obvious. “Yeah, they’ve got more money.” Yet Fitzgerald did have a point.

Fitzgerald could understand the impact of caste on a person’s development. A man or woman or Hillary is at some fundamental level the average of She/He/Its five best friends. The people surrounding you rub off and effect you. People like Mr. Crowley, oops I mean Kristol surround themselves with people like Mrs. Clinton and vice-versa. They become their own separate peer-group in the rarified airs of Davos.

So when somebody Conservative attempts to take a few privileges back from people like (((Bill Kristol))) or Hillary, then who does Conservative Mr. Kristol support? Clearly, he has to look out for his peers. He had a choice between Davos and Wichita Falls. He decided that while he preferred democracy, he would take The Deep State over The Trump State. In other words, he only accepts the results of America’s succession process that suit his own personal predilections. This implies that he isn’t indisposed to overturning or undermining the results of a recent election.

Others are less polished and even more explicit. Evan McMullin openly labels our President-Elect a domestic enemy.

After Trump criticized the FBI and the NSA for leaking information to the Washington Post and the New York Times, McMullin tweeted, â€œBy oath, intelligence officialsâ€™ first duty is to â€œdefend the Constitution of the United States against all enemies, foreign and domestic. So, the real scandal isnâ€™t that the President of the United States of America appears to have been co-opted by Americaâ€™s greatest adversary?â€ he added.

This takes place in an environment where intelligence agents are accused of not sharing intelligence with The POTUS.

â€œAny suggestion that the U.S. intelligence community is withholding information and not providing the best possible intelligence to the President and his National Security team is not true,â€ the Office of the Director of National Intelligence Public Affairs Office said in a statement. The story alleged some in the intelligence community are too concerned with the White House ties to Russia, a claim that is unproven despite rigorous investigation. The story was published only days after the firing of Lt. Gen. Michael Flynn, whom sources tell Peopleâ€™s Pundit Daily was just â€œthe first victim in a political coup by members of the permanent government.â€

And we have further witnessed US Intelligence Agencies involved in a smear campaign to undermine General Michael Flynn’s position with President Trump. We now find out that the accusations that he was too cozy with Russia are not founded on legitimate data.

The intelligence official who has personally seen the transcripts told Mary Louise they contained “no evidence” of criminal wrongdoing, although the official said it can’t be definitively ruled out. The official also said there was “absolutely nothing” in the transcripts that suggests Flynn was acting under instructions “or that the trail leads higher.”

This all means that unelected career employees of the Executive Branch feel entitled to make policy and personnel decisions that their employer does not want to see made. If you worked for GE and tried this, you’d be logged to Monster.com after your boss had dealt with you. Even McMullin talks about defending a constitution by disobeying the individual that very constitution identifies as the boss. Again, if the employee handbook at GE identified someone as your rater, then undermining that individual would get you a ticket to the welfare lifestyle.

Perhaps Mr. Kristol’s comment about his preference of the Deep State to The Trump State is illuminating as to just where Mr. McMullen and Mr. Kristol invest their loyalties. You, I and anyone else who choose to work for a corporation, or even join the less elite levels of the military or the government, are expected to do and die like the poor soldiers in the Kipling poem. Into the valley of death ride the 600.

This is detestable. We should all be in it together. There should be the same amount of skin in the game. NeoCons and Cucks never have to meet this standard. All good Conservatives are supposed to support Mitt Romney of John McCain tot he bloody, losing hilt. If they turn away from that group and elect their version of a legitimate Conservative…Then the Kristols, McMullins, the MeAgain Kellys and all the rest of them can do all in their power to invalidate that choice.

This makes Amerika a Cockroach Republic. Our elite does not set an example. They just feed off the wealth produced by more worthy and less connected working people. These roaches feed off what the decent yeomen produce. The Yeoman sees this racket and they quit and become Pill-Billies or Urban Trash. A parasitic elite sets and example that all Americans come to follow. Then, one day, everyone is a hissing cockroach and nobody remains a producer. Who can blame the disgusted observer whos sees this hideous excuse of a nation and whips out a giant can of Thermonuclear Raid.

But this won’t matter to Kristol or McMullen. They just get into their jets and fly away. Like Tom and Daisy Buchanan from F. Scott Fitzgerald’s novel The Great Gatsby, the Cucks and Deep State NeoCons leave trash and bodies in their wake and walk away with no responsibility. The only thing that matters to them is their status above the hoi polloi. They only exist to feed off the products of others. They are The Cockroach Republic and no more deserve our respect than the mooching bum on the street corner.