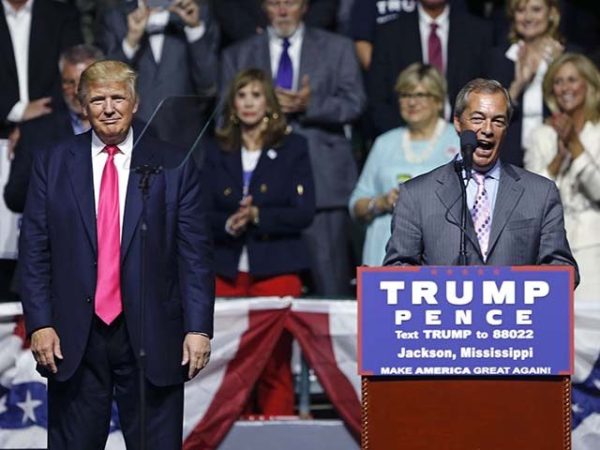 For a long time now, politicians and activists have possessed a blank check they can use to approve for themselves nearly unlimited money and power. That $20 trillion debt was caused by social programs, not normal government functions like defense and infrastructure. 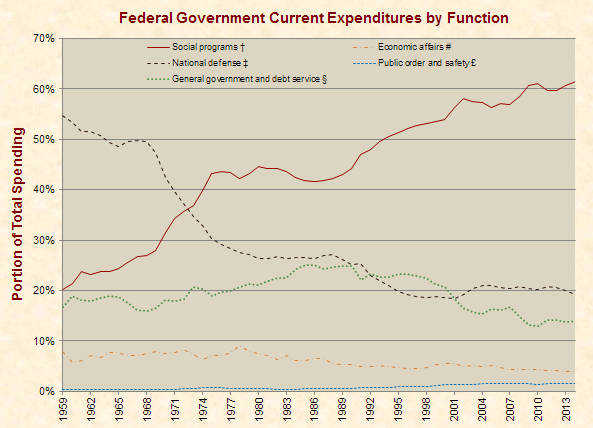 This blank check consisted of a simple formula: if someone somewhere was experiencing “inequality” at some time, it was our obligation to help them, even if they had nothing in common with us. Nevermind that “inequality” is often indistinguishable from bad luck, bad choices or ineptitude.

Following on the successful propaganda of WWII which portrayed the US, UK and their Soviet allies as forces of freedom against the shadowy unequal regimes of the Axis, Leftist politicians in the US and reformed Europe used this blank check to march through the institutions and steal unprecedented amounts of money from the citizens of these states.

If anyone objected, it was assumed that he was in favor of “inequality” Â¡just like Hitler! and voices joined in a chorus to destroy his good name, career, friendships, family and fortune.

Using this method, the Left was able to roll over a weakened Right which quickly became compliant because the pundits, politicians and executives involved with it chose to keep their lives instead of being sacrificed on the altar of guilt. Year after year, Leftist programs and laws passed with no more than token dissent.

Those who did make the brave and nearly suicidal choice to express disagreement found themselves sent to the social equivalent of concentration camps. They were ostracized, labeled “hate groups,” and filtered out of mainstream news, media, entertainment, academia and discussion.

Like all blank checks, this one invited abuse. While most people remained inert, dissent began in the 1980s when it was clear that popular media had become unified behind a Leftist agenda. Artists and writers began to write in praise of taboo topics like inequality, but used metaphors such as nature or ancient history.

As the 1990s accelerated, these voices became clearer and more strident about not only the failure of Leftism as policy, but its destructiveness toward normal lives and a sense of existential well-being. Wherever Leftism went, misery arrived also, but since its external causes could not be identified, it was chalked up to personal failings.

This played into a fundamental weakness of first world populations: as part of their adoption of civilization and social order, they instinctively want to be good. Hillary Clinton plays on this when she says that “America is great because we are good”; this uses the same loophole that let in fear of inequality in the first place.

First-world citizens do not like to see suffering. For them, having conquered the instability that prevented other groups from achieving their level of social order and technology, the fact of someone being unsuccessful — “unequal” — struck them as bizarre and ludicrous, but also sad and an affront to the idea that their civilization was good

In addition, the violence brought on by the attempts of Leftism to conquer Europe and America, for example Hitler and the Ku Klux Klan, gave their propaganda a heavy emotional balance. This cowed many of the remaining dissenters, because no one wants to be associated with cruelty and pointless violence, even though this was historically dubious at best.

With the rise of Brexit in the UK, Donald Trump in the USA, and anti-diversity sentiment throughout Europe, the blank check has failed. The grand plan to enforce it on all of us through globalization also failed. At the same time, the disastrous consequences of liberal policies and programs popped up simultaneously.

Without the blank check, Leftism is in trouble. Like anyone else, Leftists will need to demonstrate that their ideas work, not just sound good and bully everyone with guilt. This has caused panic on the Left because their ideas do not work, and they fear a “domino effect” of liberal ideas falling in succession.

Any movement or cultural impulse of Right-wing thought at this point needs to take advantage of this weak spot in Leftist armor. It is not enough to point out the failure of current programs; we must show that Leftist ideas themselves are realistically incorrect and damaging, and revoke all of them.

We live in interesting times. The order that has gripped Europe for centuries and brought it its worst crises is ending, and it is time to choose something else. While this much hanging in the balance is terrifying, it also brings the delicious vertigo that comes with finally having a choice, and a chance to be brave.