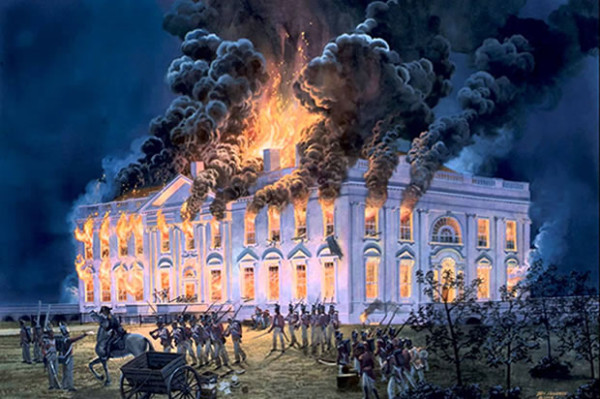 Modern people have divided the world by using categories which because of their good/bad nature are allowed to make decisions for people. For example, we all know that terrorism is bad and totalitarianism is bad.

Terrorism refers to guerrillas who target civilians so that the media freaks out and makes the terrorist cause more important. Totalitarianism describes any system of government where a central authority manages the daily activities of its citizens in order to keep them obedient and controlled.

We in the West love to talk about how we fight for democracy/freedom/peace, which all seem to mean the same thing: our system taking over yours. This has not changed for several hundred years. Napoleon fought his wars for the same reason, and the Soviets described their various assaults in similar language.

Another powerful reason exists to distrust this language. We are using it to deflect from our own society and its failings. In particular, we are both terrorists and totalitarians.

Anyone living in this society suffers constant fear of physical harm from the instability of society leading to criminal attacks, and the possibility of his fellow citizens making terrible decisions in times of crisis. These decisions range from rioting, stampeding, and theft to ignoring the crisis itself and voting for a series of distractions until war is upon us and we are unprepared. A few thousand soldiers and sailors from Pearl Harbor would like a word on this account, as well might the 3,000 people dead at the World Trade Center, not to mention the many people who were injured or had their property destroyed in race riots in Los Angeles, Ferguson and Baltimore.

The terrorism we face is that of instability. Our government claims to be doing something about these problems, but each time one flares up and the herd panics, government gets more power. In addition, the voters will never tackle a problem if they can ignore it, so government must create a crisis to get anything done. When they want more money for police, they let crime get out of hand; when they want more power for war, they allow an attack. Either way, citizens get caught in the middle and treated as expendables.

Our totalitarian side is simple: where previous totalitarian governments had a negative focus, as in a desire to crush non-conformists, our government sets up a simple formula. You either obey and be rewarded, or get ground down into the ghetto where the constant crime — which somehow they cannot solve — and corruption, disease and hopelessness will destroy you. In the Soviet Union, it was demanded that all who did not obey would be shot; in the Soviet West, it is demanded that all be shot by our helpful underclass except those who obey.

Textbooks do not define the terms this way. They prefer to keep the terms outward looking, so we think of terrorists as people overseas with Arab accents and totalitarians as sneering German übermen. Ask yourself why we need to deflect in this manner. The answer is that we can look anywhere but in the mirror, because to do so is to remove the legitimacy of our society and the method we use to control our people. In our masked totalitarian-terrorist society, that sin remains unforgivable.