The Tea Party isn’t a crusade for small government. It’s a clash of personal values systems and the types of civilization they suggest. Whatever the future of the Tea Parties, the fundamental split in Western politics will remain until solved.

The Tea Parties in the USA, Europe and now Canada have really captured my imagination. It’s rare to see such a populist upswell in one’s own lifetime.

What I’d like to do here is give quick summaries on Tea Party-related ideas: 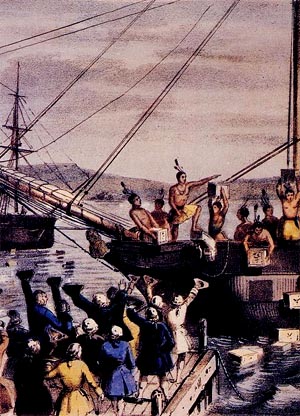 As pointed out in a recent column, the post-WWII culture wars are coming to a head and it’s looking a lot like Civil War 2.0. These are exciting times, my peeps, and how we handle them determines our future. If we apply a band-aid, the problems will persist for another dozen generations or longer. If we opt for inflexibility, we risk war but could separate the middle class, Christian-ish, lower-case “c” conservative group from the alienated dropouts. If we try to make these two incompatible groups co-exist, we pass on war for now but force one to dominate the other in the future, which will continue crippling political discourse and lead to an eventual greater war.

“May you live in interesting times,” indeed!