Sweeping problems under the rug does not make them go away 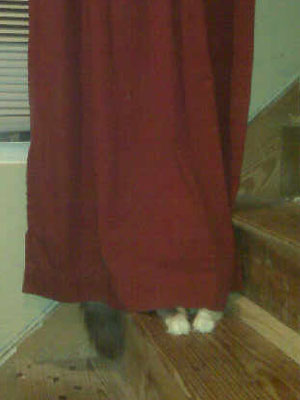 Here we are again, gathered around the campfire made from the same blazing problems.

Modern society encourages us to sweep problems under the rug. Democracy and consumerism are entirely intolerant of unpopular truths. If a fact has a popular interpretation, then the fact becomes liberating, hopeful, and progressive.

If the fact contradicts some closely-held belief that makes everyone in the crowd feel good about themselves, then the fact is bad and anyone who brings it up is bad. A fact is known by its context in the dogma of the time, not its relationship to reality.

When riots break out, we comfort ourselves in the idea that they are distant or at least intermittent. We mock those who have temper tantrums at the participants, and call them ignorant and stupid. Only some impoverished redneck would blame those poor innocent symbols of our tolerance.

Sweep, sweep. We go back to enjoying the cheap labor our minority underclasses provide, and ignoring the problems. We make speeches about how diversity is our future, and how we’re going to beat the collapse of our societies by replacing us with people from third world countries.

Then if we have the money, we drive home to our all-white enclaves and hire minorities to do our dirty work at pennies on the dollar. Diversity is like a television jingle, advertising slogan or political rally chant.

Reality is far away. Each time we sweep an unpopular fact under the rug, we light the fuse on a festering problem that just gets worse year after year as the frustration builds. Frustration at our obliviousness and clear lack of concern.

For example, right now France is a warzone. It’s clear that diversity has failed, but no one wants to say it too clearly, or they’ll be objects of ridicule by those who want to believe a popular untruth so much they’ll suppress unpopular truths to keep it alive.

And yet French pessimism hits an all-time high. How can that be? We live in multicultural paradise. Diversity is our strength. Repeat after me.

People don’t want to look at the obvious, which is that diversity is not a strength; unity is. This applies to religion, ethnicity, race, gender, even values systems and ability. People like being around people like them. Those people understand them. It gives them the sense that they could work together with these people, and make something of benefit to all.

But that’s not popular. You only become popular when you accept everyone in all situations, which means people feel at ease with you. Like a fast-food restaurant, dive bar or desperate totalitarian army, you’ll never turn them away. They are always included.

As a result the problems get swept under the rug to fester adn pick up momentum, on all sides. Except that there aren’t actually sides, even if it seems that way. Diversity is what throws incompatible groups in with each other, and tells them to either conquer one another or be conquered by the lowest common denominator aggregate of all.

France burns again. Tomorrow, it may be your town. How long does it take before we learn? Before we stop blaming the participants (whites, blacks, Muslims) and start blaming the choices we have made as a society?

If we do not, the painful repetition will accelerate until we finally choose suicide as preferable to inaction. At that point it will no longer matter what is true or right, because there will only be the process of self-consumption.