Survival In a Dead Culture

by Jonathan Peter Wilkinson on December 2, 2017 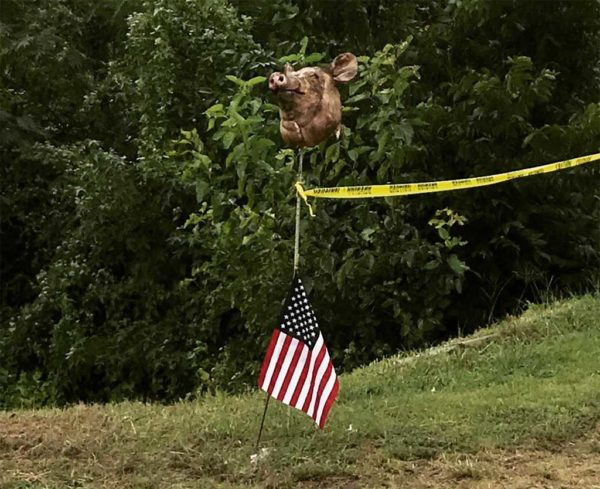 Mike Pence has a rule for dealing with any females he is not related to and who are not his wife: do not meet them without someone else present.

Vice President Pence has said he doesnâ€™t meet alone with a woman who isnâ€™t his wife. People may accuse him of being prudish and misogynist, but at least he will never be accused of Mr. Weinsteinâ€™s sins.

And that, folks, is precisely the point. Mike Pence understands that he lives in a vile, degenerate culture that will slander people they do not like and effect scandal to destroy a man’s life just because they disagree with his politics or don’t particularly like his religion or the color of his skin. He is protecting himself. This sort of self-protection has a tradition grounded in some of the bad, old days of evangelical protestant Christianity. When the Reverend Billy Graham decided he would never be like the fictional archetypes Elmer Gantry or Arthur Dimsdale, we wrote out a code of conduct with some of his fellow evangelicals called The Modesto Manifesto.

The team gathered in a hotel room in Modesto, California. They drew up a compact that became known as the â€œModesto Manifesto,â€ though they produced no written document. The manifesto included provisions for distributing money raised by offerings, avoiding criticism of local churches, working only with churches that supported cooperative evangelism, and using official estimates of crowd sizes to avoid exaggeration. These policies would help Graham and his team avoid charges of financial exploitation and hucksterism. But nothing loomed larger than sex. The most famous provision of the manifesto called for each man on the Graham team never to be alone with a woman other than his wife. Graham, from that day forward, pledged not to eat, travel, or meet with a woman other than Ruth unless other people were present. This pledge guaranteed Grahamâ€™s sexual probity and enabled him to dodge accusations that have waylaid evangelists before and since.

Now people on the left get all huffy and claim this hurts women.

Shutting women out in a supposed effort to ward off sexual harassment would be tantamount to punishing them for abusive male behavior, thwarting their career opportunities, keeping them from forming key professional relationships, and perpetuating the toxic bro culture that led us hereâ€”in the throes of the Weinstein allegationsâ€”in the first place. Thereâ€™s a precedent for sexual harassment scandals like Weinsteinâ€™s making innocent men feel cagey around women at work, reluctant to mentor or sponsor them, for fear the relationship could be misconstrued as something romantic or sexual.

There are three former Duke LaCrosse Players, a former New York City District Attorney, a coed of Mattress Girl who graduated from Columbia U with a reputation in taters and countless other men who have received the dishonest Gloria Allred or Al Sharpton treatment who would totally like to see Vogue Magazine fvck off and die in a bonfire. The people who whine about shutting women out or reinforcing the patriarchy have never had a malignant tick like Tawana Brawley or Mattress Girl crawl up inside their rectum and start sucking blood.

They have never had their reputation guillotined in the column inches of dishonest and biased major media publications. Mike Pence hasn’t either. He won’t. He makes that sort of character assassination a difficult logistical task. But isn’t that just Mike Pence saving his own skin? To paraphrase Robert De Niro from the movie Ronin: “It covers his body.”

And from this aspect of Mike Pence’s success in our dying Amerikan Empire we can learn a lesson. Your honor is the one thing you get issued that doesn’t depend on your genetics, your heritage, your side of town, and the world around you. You have it and even your enemies have to treat you with a modicum or respect. If you lose it, go jump off a bridge. You are done.

Mike Pence builds a fortress around his. He knows he lives in a despicable human jungle and doesn’t care at all if the predators, weasels and snakes think his personal ethical decisions are fair and inclusive. It is his life. He insists on it remaining his life. From that, all men can learn a salutatory lesson. In a culture where societal honor is dead, you and only you can protect your own.