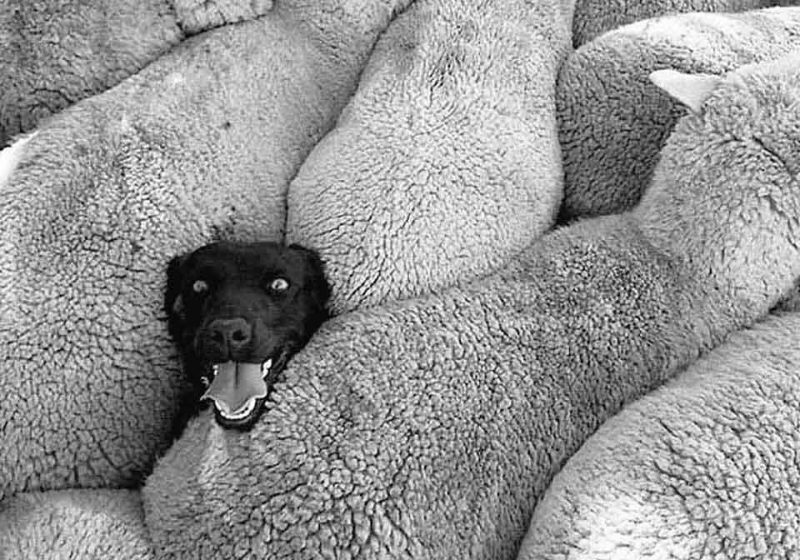 We live in a neo-Communist regime which has taken over a once-functional society. It took over in gradual forays during the 1930s, 1960s, and 1990s, and was then elected into full power with Barack Obama. Having done that, it promptly failed like the French Revolution and Soviet Union failed, with economy and social life in tatters.

As a consequence of growing up in a successively Communist state, we suffer having many wrong definitions and assumptions in our heads that were installed there in order to make us conclude that, indeed, neo-Communism was not just the correct but the only direction “forward.” We are brainwashed.

This brainwashing occurred through education, media, entertainment, the democratic process itself, and most of all, social interaction. Leftism spreads through the desire to make everyone happy by promising no consequences for their actions. Like an endless party, people do what they want and leave a mess behind, and are never accountable.

One assumption that blights our thinking comes in the form of the idea that all people are essentially the same. We repeat this every time we say that someone was fortunate to be talented, or “worked hard” to succeed, instead of noting that some have abilities that others do not, both vertically (intelligence) and horizontally (specialization).

However, that assumption seems to be melting away, starting with the return of segregation:

But Hannah-Jones is referring to segregation 2.0, under which—despite the existence of numerous laws and government programs actively promoting racial inclusion in housing and education—people of different ethnic and racial groups still tend to live among one another, for various reasons. Under this new definition, America is hopelessly segregated––but then, so is Manhattan’s Chinatown, so is Brooklyn’s Hasidic-Jewish enclave, and so are most other neighborhoods on earth.

If Americans have clustered along racial lines for the past five decades, free from state coercion, then why do neo-integrationists perceive a problem? The answer lies in one of the most famous rulings in American legal history: “Separate educational facilities are inherently unequal,” decreed Supreme Court Chief Justice Earl Warren in his 1954 verdict in Brown v. Board of Education. If separate is unequal by its very nature, then it doesn’t matter whether blacks and whites have remained clustered by law or by choice; either way, we must integrate before blacks and Hispanics can excel academically.

But Warren’s pronouncement, iconic though it has become, was not true. Yes, separate was unequal. And yes, ending forced segregation was unambiguously the right move. But inequality was not an inherent consequence of racial separation itself. Rather, the inferior performance of black schools was the result of other factors—most black schools received fewer resources, black families were locked out of many sectors of the economy, black parents were less likely to be educated, and so on. Had all these contingent factors been different, there’s no reason to assume that black schools would have underperformed solely because there were no whites around. Separate was not inherently unequal. It was contingently unequal.

The grim fact which cannot be mentioned relates to academic performance: the gap has not closed in the last fifty years, nor is it likely to close any time soon. White, Jewish, and Asian kids occupy the top tier; African-American and Hispanic kids are substantially below that. This means that we have burned through a half-century of education dollars trying to hammer a square peg into a round hole, and we have sacrificed much of our educational advantage by doing so. You can imagine that parents and taxpayers are not fond of that policy anymore.

In the meantime, different groups prefer to be with their own type of person. This tribal group identity occurs through an overlap of religion, race, culture, ethnicity, and social class. That tribalism roughly corresponds to who lives near each other, for example in middle-class African-American neighborhoods or working class Southern/Eastern European neighborhoods. These people expect to go to school together where they are roughly matched in ability and tendencies by their classmates, and stand the best chance of making friends, meeting mates, and acquiring the skills they need for their likely careers.

Leftists find this terrifying mainly because it shows differentiation. When people seek their own levels, and separate out into different bands, this means that “equality” is a pipe dream and with it, the desire that propels individuals into Leftism dies. They want to be able to do whatever they want and have society approve of them and not rank them lower for having lower behaviors; that way, they can indulge in whatever darkness lurks within them and avoid being accountable for it.

Increasingly, educators are embracing the knowledge that segregation works where treating everyone as paper dolls cut from the same page is not working:

They also learned that the race-based placement policy had already been in effect for the 2017-18 school year for 7th and 8th graders, and would likely be expanded to the 6th grade in September.

…On June 12, Kassen — who made $403,039 in total compensation in 2016 — emailed parents explaining that the proposed class-placement policy would be reviewed.

…He points to a passage from the school’s handbook that states: “Research points to the academic, social, and emotional benefits to being in a classroom with others who share racial, ethnic, linguistic, and/or cultural backgrounds.”

This school did not emerge out of the 1950s and is not run by Klansmen. Instead, its educational theory comes from the best that the Left has to offer, which is recognition that each group needs a sense of its own identity. The root of “identity politics,” this notion also applies to education.

When people are with those like them, they relax because they are not in constant competition with those who are specialized in other areas of life. Some groups are more academic than others, for example the Anglo-American upper middle class versus the Appalachian lower middle class, and so separating them prevents resentment.

Even more, people are starting to realize — slowly — that individuals gravitate toward certain roles because of who they are and therefore, what makes sense to them. This even extends to gender and careers where, as convention dictates, men and women have different specializations:

I’ve worked in publishing since 1986. Longer than that if you count the work I did as a consultant while in college. For almost all of that time, most of my colleagues (and most of my bosses) have been women. At one point I felt as if I was working in a sorority.

…The assumption behind the stories above is that disproportionality is prima facie evidence of bias. From that point of view, if publishing — or, for that matter, any slice of society — does not match the demographics of society as a whole, that means something fishy is going on.

That is nonsense. It makes perfect sense that different groups of people will gravitate to different kinds of jobs — for their own reasons. Men’s likes and skills are not perfectly aligned with women’s, so there’s no reason to expect that men and women would divide up equally in every job or industry.

Once we accept one crack in the facade of uniformity (usually called “equality”) we begin to accept that others are there. If men and women seek different careers, then maybe social classes do; if those do, then maybe different ethnic and racial groups pursue different options. Now we are starting to explore a nuanced view.

We can also see how each group is interested only in material relevant to its own pursuits, and does not want to have competition from other groups or the philosophies they espouse. We can see this from recent backlash against the marketplace of ideas from the minority Left:

Perhaps we should be outraged at this, or maybe we should take it seriously. If you are of a tribe, and intend on advancing that tribe, all that matters is the point of view of that tribe; other points of views represent the interests of other tribes, and therefore are inherently in conflict with what you need.

This recognizes the Machiavellian-Darwinistic truth that every tribe acts in its own interests only, and that after the fact, the tribe cooks up a narrative that rationalizes, justifies, and excuses its behavior as both necessary and the singular workable solution to its needs.

With this nuanced view, the absolutist notion of equality itself fades away. If details are necessary, no simplistic rule can accommodate all variations, which means we are pursuing an illusion that will lead us to disaster. As the reversal of integration shows, that turns out to be true.

Stephen Clay McGehee Of The Civil Right Launches Video Channel | The Right Is Gearing Up For A War On Abortion. It Will Defeat Them.