Striving For Sanity, Not Intermediates 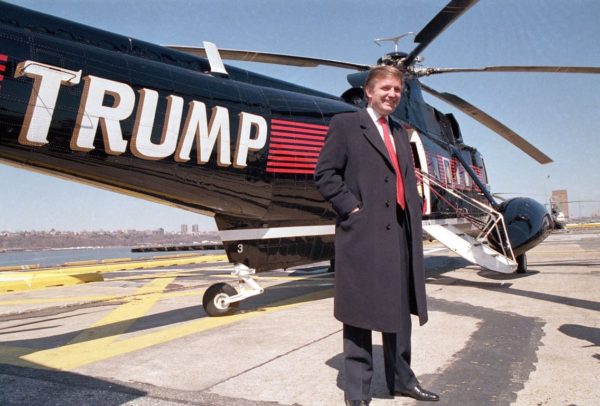 With the election of Donald Trump, many who supported him are asking themselves what they stand for. Are they conservatives? Moderates? Or merely against the far-left direction that the country has taken since WWII, including the disastrous policy of diversity?

Underneath all that Trump stands for, there is a simple principle: realism. He believes in assessing his ventures by their results, not the feelings generated, and expects to see those investments functioning smoothly and making people wealthier. Otherwise entirely a moderate candidate, he differs only from the bulk of politicians in this way; he opposes politics itself, and prefers results-based realism.

Most writers remain locked in the prison created by the categorical boundaries of words. They wonder if this means that Trump is in favor of the “free market” and “freedom,” or other abstractions that serve as proxies or symbols for what we ultimately want, which is a healthy nation (and, if we are sane, a restored and self-improving Western Civilization).

What they forget is that all of these things are means to an end, and that end is the goal of a healthy nation and thriving Western Civilization. Currently we do not have that because we stopped cooperating toward that purpose, and instead focused on the human individual and its “reason” as the be-all end-all of social goals. From that, we got a society which could not remain united.

Having a purpose such as health, however, does not unite a herd. They do not all understand it, which means that it must be left to wise elders or otherwise competent people. This offends the mob. And yet, it is the only stable state of humanity because most knowledge exists in specialized domains. You do not elect your pilot on a transcontinental flight, nor your neurosurgeon, or even your arborist. You choose the competent.

Conservatism — for those of us who still use the word, knowing that “mainstream conservatives” is based mostly in the first word — is that which conserves, which means keeping up those time-proven ways of life that produce the best civilization, including a transcendental view of life such that we hold it holy and revere it. Unlike Leftism, conservatism is complex and nuanced with depth and breadth (Leftism is simply “equality now!”).

This approach requires tearing objectives down to their most basic targets, as measured in terms of results and not social appearance and emotions as Leftist “successes” are. At the end of the day, it is realism through consequentialism plus a desire for excellence and beauty in all forms. We want sanity in our society, after centuries of insanity accelerating after WWII, and we cannot point to intermediaries or proxies for that.

For example, “freedom.” Freedom from what? To sane people, we think of the ability to go about our lives and do that which is not destructive. However, when we say the word freedom, we tear down that complex idea and replace it with an unbounded abstraction. We have no idea what we are fighting for, but it can fight back, because anytime anyone does anything destructive, he will claim “muh freedom.”

Free markets are the same way. These are a means to an end; basically, everything but free markets amounts to some type of socialism and always fails so spectacularly that we want to avoid it forevermore. Wealth redistribution — this is all that socialism is, in reality — converts thriving places to impoverished ones where half of the beets on the truck are rocks and all the potatoes go toward vodka.

Conservatives need to refocus on goals and not methods. Using methods, or “means-over-ends,” in place of goals is a Leftist trope because it enables them to replace functional things with social conceits. Applying ourselves toward purpose and goals allows us to achieve the fulfillment of conservatism, which is preserving the way of life that works out best.