Stop The Scapegoating: The “Elites” 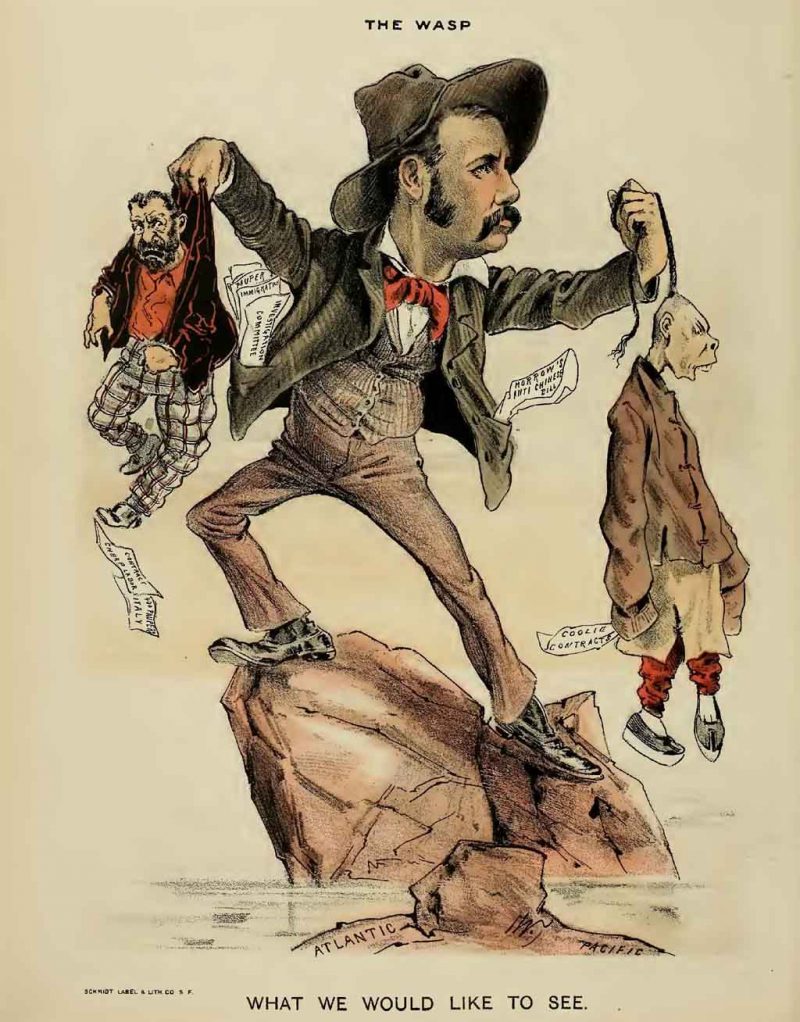 In life, you either identify a real problem, or you have defeated yourself by chasing a false problem, which is usually more destructive than doing nothing. Not only do you fail to achieve the results you need, which is what doing nothing would have done, but you add to wasting energy on a false problem and fooling people into thinking they have fixed the error.

Scapegoating is a human tendency. When I screw up really badly in the workshop, of course I’m going to blame the @#$!&%?! hammer. What else can I do? It makes me feel better in the moment. As policy, however, it performs less well, and if I keep buying hammers to excuse my failure to hit the nail the right way, I will never get anywhere but will waste all my money.

In other words, we all get it: it would be much, much more convenient if there were some tangible enemy to target, instead of these abstract notions that somehow compel people to do stupid things in the real world. It is like we are chasing ghosts, but the ghosts are symbols.

People choose all sorts of scapegoats. This series of articles targets the many false objectives that are presented to us on a routine basis by pundits and our fellow citizens, mainly because scapegoats will defeat us. These scapegoats might be dangerous, but they are not the causes of the bigger problems which are attributed to them.

Among the favorite scapegoats throughout the ages, “The Elites” feature prominently because whoever is on top during a social crisis will inevitably be blamed for it, even if they do not possess the ability to fix the problem. For example, the aristocracy in pre-Revolution France were blamed for a famine brought on by overpopulation of peasants.

We love to hate our elites because we see that a small group of politicians, billionaires, media moguls, and academics make all the visible decisions in our societies. It becomes easy to blame them, instead of seeing them as the result of an underlying cause. Understanding this requires us to revisit Darwinism.

In natural selection, the genes that prevail belong to those previous organisms which reproduced most successfully. This includes both having offspring, and ensuring that those offspring thrive so that they in turn have successful descendants. The same applies in social situations: those we see in power are the ones who have not been filtered out.

Our society, because it has adopted a series of delusions such as equality and pacifism, filters out anyone who does not publicly assert those ideas. This narrows our view of reality to only that which appears compatible with our ideology. Those who are now our elites are those who avoided transgressing against that ideology.

Where did this ideology come from? It grew naturally from the core idea of the modern time, which is that all people are equal, and whatever gets the most votes, purchases, or cheers from the crowd at the pub must be the consensus. We assume that this consensus provides the best solution because the largest group agrees with it.

The elites we see on our television screens represent a small portion of those who are succeeding in our society. If you talk to people from the upper half of the middle class and above, they will be very careful about telling you what they actually think. They realize that they are held hostage by ideology, and if they speak against the dominant idea, they will be removed from their positions of power, wealth, and influence.

We can see from their actions, however, what they really think. Our elites lead us in white flight. Whenever they are given a chance, they retreat to whitopias and socialize only with other white people of similar social standing. In public, they say one thing, but in private, they act out an entirely different agenda.

Most will never give up on the ideology of our time because they view it as instrumental in their success and the success of the nation-states upon which they are dependent. To them, relinquishing equality, diversity, and democracy leads us into dangerous waters where we could end up with a totalitarian system that limits markets or punishes the competent.

If you interrogate them at length in a private setting where they are convinced that confidence will be kept, they will readily admit that they recognize the truths of human biodiversity and Machiavellian Realpolitik. They recognize that third world groups have lower average IQs and a greater proclivity for violence, corruption, and disorder.

Your elites also know that diversity is a crisis, that socialist-style entitlements programs are doomed to fail, that government is a parasite, and that our civilization is in decline. However, they see themselves as powerless to resist it, and can only lose what they have by speaking up. They must conform to the ideology.

You will find that elites — let us call this group the upper half of the middle class and above — are more aware than the average person of facts about race, the knowledge that this civilization is collapsing, and cynicism about things that fascinate proles like democracy, unions, world peace, mainstream media, the effectiveness of laws. They know what is failing but will not mention it in public, ever.

When a society breaks down, the first thing that dies is unity. Once you make a society diverse or otherwise internally divided, it becomes “every man for himself.” At that point, the most successful among us adopt a public viewpoint of affirming whatever lies keep the proles from revolting. They know these are lies, but that they will be destroyed if they say that.

Our elites formed because they recognized that in the midst of social breakdown, the only security comes through having money and lots of it. They realize that no one is going to stand up for them if they speak against whatever fascinates the herd these days. As a result, they are exploiting our society for personal gain, with one goal: escape.

The elites that we think of as “our elites,” the ones we see on our television, form a different group: those are professional opinion-makers. They figure out what the herd is thinking and give it an easy answer. Complex problems? Those are not real, try these symbolic issues instead. Feeling bad about something? Here is someone to blame and a simplistic program to “fix” it.

People fail to recognize that in a democracy, one thing and one thing only creates our elites. The people: they vote for equality, they demand democracy, and they support socialism. This filters out anyone who opposes those things, even if only in part, which leaves us with only fanatics like Angela Merkel, Nancy Pelosi, Claude Junker, and Tony Blair.

We the people created these elites. We created them through the three prongs of utilitarianism — how we vote, what we buy, and what we make popular so that it becomes a cultural trend — which have been supporting a steady increase in the individualistic ideas of The Enlightenment,™ themselves imported from Asiatic cultures.

When we approve of an insane idea like equality, which everyone knows is a lie, we have made a society dedicated to lying. When our voters reward people for speaking comforting symbolic illusions about equality, and punish any who dare criticize it, of course we get lying horrible elites; the people voted for them.

If there were people of any intelligence left in our society — there are very few — they would recognize that the “elites” we actually need to target are the voters and the illusions they seem to get excited about. We do not need to blame our elites for our own actions as voters, but we need better elites, and that will only happen after the illusions fall.